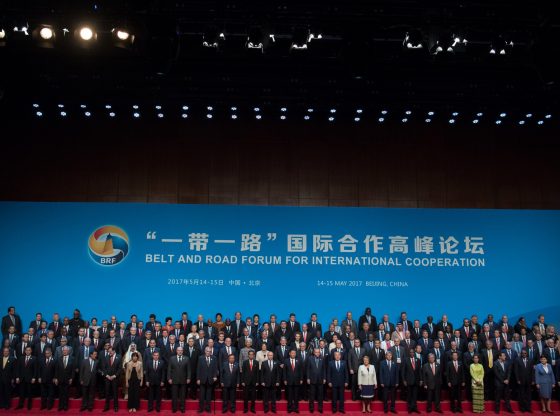 To succeed, China’s Belt and Road Initiative (BRI) will require the development of an effective model of transnational governance. Such a model must include an effective regime for resolving international investment disputes. Key elements of a BRI dispute settlement regime are now in place, consisting of a combination of court proceedings (with the recent launch of the China International Commercial Courts (CICCs)), commercial arbitration, investment arbitration administered by Chinese institutions (which is available under investment arbitration rules and guidelines adopted by arbitral institutions in Beijing and Shenzhen), and investment arbitration administered by foreign institutions (which is available under China’s existing, and extensive, investment treaty network). These varying forms of BRI dispute settlement, if designed and implemented as complementary and freely available alternatives, can contribute to the success of the BRI dispute settlement regime and, more generally, of BRI transnational governance.

To succeed, the BRI will require the development of an effective model of transnational governance.

The emerging BRI dispute settlement regime offers a range of approaches with respect to the role of state actors, the role of private actors, institutionalisation, and transparency. CICC dispute settlement, for example, will be driven by state actors. China’s Supreme People’s Court (SPC) has established the CICCs and will appoint the judges who will serve on the CICCs. All CICC judges must be Chinese nationals. The first set of judges appointed to the CICCs all currently serve on the SPC. Although dominated by state actors, CICC dispute settlement will allow private individuals to influence decision-making through participation in an International Commercial Expert Committee. In addition, CICC disputes can be referred to arbitration or mediation, which would allow private individuals to determine outcomes.

Regarding transparency, in the context of investment arbitration administered by Chinese institutions, the choice of institution by disputing parties will be significant. Investment arbitration rules adopted by the China International Economic and Trade Arbitration Commission (CIETAC) include default rules requiring – unless disputing parties agree otherwise – that the existence of a dispute, as well as certain key documents in a case (including arbitral awards), be made available to the public. By contrast, investment arbitration guidelines adopted by the Shenzhen Court of International Arbitration (SCIA) incorporate a set of UNCITRAL transparency rules which include strong disclosure requirements but apply as default rules only in limited circumstances, specifically to claims submitted to arbitration under recent investment treaties.

The ultimate success of the BRI dispute settlement regime will largely depend on the practice of the CICCs, which should complement, rather than undermine, less institutionalised and less state-driven forms of BRI dispute settlement. The state actors deciding CICC disputes, as well as the disputing parties appearing before them, will play key roles in ensuring that CICC dispute resolution contributes to the success of the BRI dispute settlement regime. For CICC judges, close coordination with international arbitration and mediation institutions and the International Commercial Expert Committee should be strongly encouraged. For disputing parties, consent to CICC dispute resolution should be obtained freely, rather than coerced. In a number of jurisdictions, including Singapore, Abu Dhabi, and Dubai, international commercial courts recently have emerged as an attractive, institutionalised alternative to international arbitration; the CICCs can be seen as reflecting that larger trend, which has been driven by market forces.

To succeed, the BRI will require the development of an effective model of transnational governance. An effective BRI dispute settlement regime – offering a range of alternative approaches with respect to the role of state actors, the role of private actors, institutionalisation, and transparency – could serve as a core component of such a model.

A ‘Dirty’ but Decisive Victory? Pakistan’s political landscape in the aftermath of the general elections 2018
Imran Khan’s battles have only just begun, after Pakistan’s ‘dirtiest election’