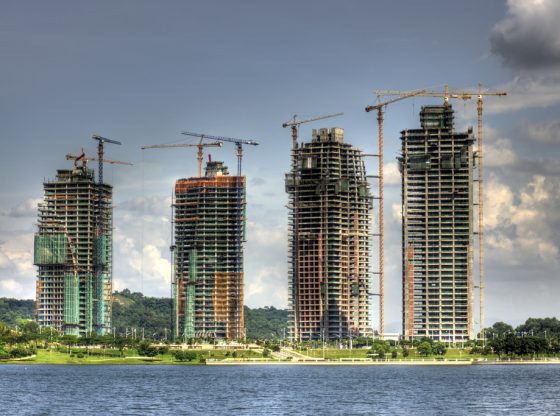 Malaysia has a long history of balancing the opportunities derived through economic links with China, with the non-interference of China in its domestic affairs and the security threats posed by China’s disputed claims over the South China Sea. The decades-long hedging strategy with China, however, seemed to have given way to an aggressive approach to court Chinese foreign direct investment (FDI) under the leadership of the previous Prime Minister Najib Razak.  Following this policy, Malaysia emerged a major beneficiary of the Belt and Road Initiative (BRI) with infrastructure projects worth USD34.2 billion, and China became the top source of investments to Malaysia. From 0.8 percent of total net FDI inflows in 2008, Chinese FDI into Malaysia had risen to 14.4 percent by 2016. The tsunami of investments entered projects ranging from industrial parks and power plants to infrastructure, high-speed rail, and real estate. Some of these investments sparked controversy on the over-reliance on China, the access given to China in terms of strategic locations that could jeopardise the country’s sovereignty, the unequal gains from murky contract terms, viability of the projects and the environmental damage of the mega projects.

Under the new government, led by Prime Minister Mahathir Mohamad, what follows is a rebalancing of Malaysia’s relationship with China. Amidst concerns that Malaysia is now excessively indebted to China, the government is renegotiating agreements of Chinese backed infrastructure projects and reassessing the Chinese investment strategy that includes the exportation of Chinese labour to Malaysia. At present, Malaysia has suspended four major China-linked projects – the East Coast Railway link and three oil and gas pipelines – the total value which is USD23.8 billion. While a scaling back of projects is needed to control debt risks, it is important that Malaysia manages China’s investments through a delicate rebalancing of her relationship with China. Why is there a need for this ‘cautious rebalancing’ strategy from the Malaysian side?

First, China has already assumed a major role in the Malaysian economy. China has expanded her economic cooperation and established a broad-based relationship with Malaysia through cultural exchanges, tourism, education, health, defence, natural resources and environment, science and technology and finance. China is the largest non-Association of Southeast Asian Nations (ASEAN) source of tourists for Malaysia, and Malaysia is host to the first offshore campus of the state-owned Xiamen University. The reality is that the two countries extended their new areas of collaboration after their commercial interactions (through trade and investment) had reached maturity, and therefore, business with China can be considered to be closely related to culture and people-to-people exchanges. Consequently, the ‘China factor’ has become omnipresent in the domestic dynamics of the Malaysian economy. Recognising this, Malaysia is now seeking to hedge on Japan against China’s growing influence in its economy. It is worth mentioning that though Malaysia is looking to establish greater cooperation with Japan by reviving its 1982 Look East Policy, it is unlikely that Japan will replace China as the largest commercial partner of Malaysia in the near future.

Second, trade and investment interactions with China operate within the context of Southeast Asia. China is also the largest commercial partner of ASEAN, and not just for Malaysia. China has extended her sphere of influence bilaterally with the other ASEAN Member States through strategic comprehensive partnerships. If Malaysia takes a more assertive approach to its rebalancing with China, the latter may realign her economic relations with her other close allies in the region. A payback like this is something that Malaysia cannot afford as it may result in costly short- to medium-terms adjustments for the local economy. Further, Malaysia still compares poorly to her other innovative competitors in the region. For example, Singapore has the potentials to make the BRI smarter as it has the capacity to deliver an integrated technology platform that allows for a greater visibility of the supply chain.

Third, the direct export exposure to China’s domestic (final) demand through value-added (intermediate goods) trade has risen to about eight percent of the gross domestic product (GDP) for Malaysia. Additionally, another 10 percent of Malaysia’s GDP is exposed to final demand in the United States (US), as Malaysia is engaged in a triangular trade relationship with the China and the US. In short, not all intermediate goods exported to China are absorbed domestically, as most are assembled into final products destined for the US. Given the nature of this trading relationship, China’s growth slowdown and ongoing rebalancing towards domestic consumption has already affected Malaysia’s exports. It is therefore not surprising that recent predictions following from rising protectionism in the US also point to Malaysia being the most affected within ASEAN if a China-US trade war breaks out. The ‘China factor’ has unquestionably become a driver of Malaysia’s growth through the trade channel.

For the above reasons, the China affair will continue, as Malaysia still needs Chinese support. The rebalancing act of Malaysia, however, has to be recast with a deeper understanding of the breadth and depth of China’s influence on the Malaysian economy. The sphere of the Chinese influence on Malaysia is not solely based on her direct interactions with the latter, but also extends to spill-overs from its regional economic power and beyond. Going forward, it should therefore be recognised that if Malaysia takes a new (drastic) turn in engaging with China, there will be potential risks and a serious domino effect. In any case, the current stakes are also high from the Chinese perspective, as this rebalancing by Malaysia is occurring at a phase where Malaysia is already deeply entrenched in the BRI, and when China is placing greater attention to further advance the BRI. China will therefore have to get along with Malaysia through this time of renewal and renegotiation to protect its investments and maintain its regional strategic goals.

Evelyn S. Devadason is an Associate Professor at the Faculty of Economics and Administration, University of Malaya, Kuala Lumpur, Malaysia.Image Credit: CC by Fizal/Flickr.

Sino-Malaysian Relations: A Brand-New Engagement in a New Era
China and the 2018 Elections in Pakistan