Sino-Malaysian Relations: A Brand-New Engagement in a New Era 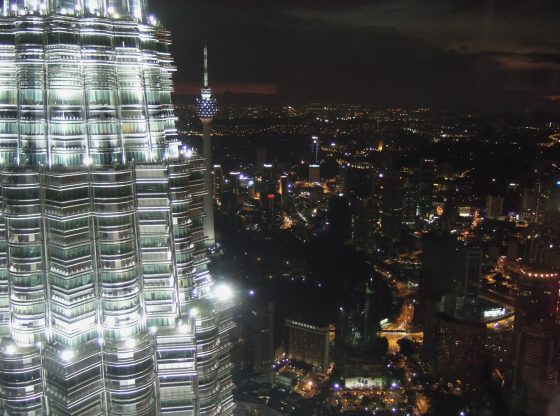 In July 2018, the leader of the Council of Eminent Persons (CEP) of Malaysia, Mr. Daim Zainuiddin paid a visit to China as the new Pakatan Harapan (PH) government representative. The Malaysian Prime Minister, Tun Mahathir will visit Beijing in August 2018, during which he is expected to bring up issues pertaining to the megaproject deals handled by Chinese companies that, it has been alleged, are overpriced and possibly irregular.

In fact, PH had promised in their manifesto to review all the megaprojects awarded to foreign countries, including China. Upon their victory, the new PH government took swift action to review the Chinese backed projects. In early July 2018, the Malaysian Finance Ministry suspended the RM55 billion East Coast Rail Link (ECRL), Multi-Product Pipeline (MPP) and Trans-Sabah Gas Pipeline (TSGP), all of which are key projects under the umbrella of China’s Belt and Road Initiative (BRI). During his meeting with Chinese Foreign Minister Wang Yi, Mr. Daim was questioned regarding the MACC (Malaysia Anti-Corruption Commission) raid of offices related to the ECRL, MPP, and TSGP. As a result, speculation had arisen as to whether there will be a slump in China-Malaysia relations. This article will argue that the ties between the two countries are not easily dismissed and a wider perspective should be taken to study the relationship.

A Slump in China-Malaysia Relations? Unlikely

China-Malaysia relations are more complex than a mere economic relationship. China is a big player in contemporary Southeast Asia and Malaysia would not want to jeopardise its long-established relationship with China. Of course, China plays a pivotal role in the Malaysian economy. In 2011, China became Malaysia’s largest trading partner and as of 2013, Malaysia was China’s top trading partner among ASEAN countries for the fifth consecutive year, with bilateral trade reaching US$94.8 billion. Besides, China’s wider influence on the global economy cannot be denied. For Malaysia, currently desperate for new economic drivers especially in foreign direct investment, engagement with China is a mandatory step to revive its economy.

Secondly, Malaysia cannot avoid the simple geographical reality due to China’s increasing engagement in Southeast Asia. Likewise, Malaysia is very important to China as it holds a crucial location in Southeast Asia that connects the routes laid out in the BRI. Malaysia is an important hub, connecting with Southeast, South and Western Asian countries. Furthermore, China could guarantee the accessibility of the Strait of Malacca by increasing its engagement with Malaysia via BRI initiatives, especially port alliances. The Strait of Malacca is the shortest sea route in terms of the flow of goods from the Persian Gulf to the Asian market. Additionally, more than 80% of imported oil from the Middle East goes through the Strait of Malacca.

Lastly, the China-Malaysia relationship is historically strong and the ties stretch beyond economic concerns. In fact, China deeply appreciates Malaysia’s positive role as the first country in Southeast Asia to normalise its relations with China in 1974. In the late 1980s, the then Prime Minister Tun Mahathir started to improve Malaysia’s economic cooperation with China. His 1985 visit to Beijing is acknowledged as a breakthrough in Sino-Malaysian relations. The huge population of Malaysian Chinese in Malaysia also adds another dimension to the relationship. The Malaysian Chinese played a vital role during China’s open door policy in the late 1970s and early 1980s whereby many Malaysian Chinese businessmen invested in China, increasing foreign capital and business in the country.

In fact, both China and Malaysia have exerted considerable effort to maintain their ties. Bai Tian, China’s ambassador, met Robert Kuok, who is a member of the CEP, after the new government was established in May 2018. He stated that both countries’ relations will flourish. Indeed, Kuok was among the first investors to invest in China in the late 1970s. Mahathir also reassured his audience that Malaysia welcomes China’s investment but wish for cost-effective and transparent projects that provide the Malaysians with ‘real benefits’.  Recently, in July 2018, Bai Tian met with the Malaysian Deputy Prime Minister Dato Seri Dr. Wan Azizah, and both promised for more exchange between the countries.

Chinese investment is likely to continue in Malaysia. However, the emergence of the new PH government that has demanded accountability and management, is likely to create a new dimension of engagement between China and Malaysia. The transparency demanded by the PH administration is expected to raise uneasiness within the Chinese government which had been used to the ‘accommodating’ altitude from the previous BN government. Nonetheless, China will not back away from its implementation of BRI, thus the Asian giant may need to compromise with Malaysia’s terms and display certain transparency, for example in the project tender process.

On the other hand, the PH government needs to be cautious in handling its relations with China. Besides the Malaysian federal government, the state governments also engage with China on state projects. As an example, the Penang Undersea Tunnel Project under the Penang state government includes the China Railway Construction Corporation Ltd (CRCC) as one of the main contractors of the project. One of Perak’s low-cost housing project, set up by the Syarikat Perumahan Negara Bhd (SPNB) involves China’s Jiangsu Provincial Construction. Furthermore, the South China Sea (SCS) controversy is currently ongoing. The current Malaysian Defense Minister Mohamad Sabu had stated that Malaysia will reiterate neutral stand in SCS and this statement will be personally made known to China.

In short, the political change in Malaysia will give rise to another model of China-Malaysia relations. However, the strength of the relationship will persist as both countries cannot deny the importance of the other. For Malaysia, this will be the time the country could erase patronage and exercise accountability and as for China, this will be the opportunity to prove its pledges in improving its State-Owned Companies’ efficiency and BRI as a ‘win-win’ initiative.