Back to the future: Old friends and rivals returning in Malaysia’s ‘new’ foreign policy direction? 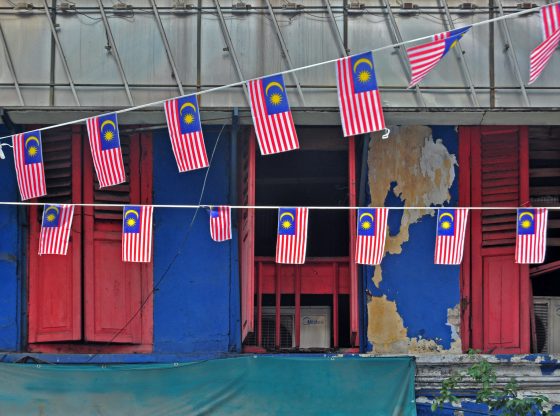 A change in regime always raises questions over future directions for foreign policy, and this is especially true for Malaysia’s first change in government in fifty years. Many questions are focused on Malaysia’s potentially changing relations with larger powers such as China and Japan, and the early days of the new regime demonstrate that changes in direction may also impact Malaysia’s closest neighbours. What is interesting is that these directions may be repeating old patterns, due to Mahathir’s return.

New ideas are running abound in the domestic arena. However, early indicators of Malaysia’s foreign policy direction show the opposite is true

Mahathir as Prime Minister had a distinctive (and not uncontroversial) past regarding foreign policy during his 22-year tenure as the Barisan Nasional’s Prime Minister, due to the clear ideological drive to his foreign policy. ‘Looking East’, primarily towards Japan, Mahathir eschewed the West (especially Britain) in the early years of his tenure, and aimed to develop Malaysia’s economy using Japan as an inspiration. A movement away from the West was also seen in his championing of Southern/Third World issues, especially in light of Northern ‘hypocrisy’ concerning areas such as the environment and sustainable development. Other pillars of his foreign policy included a strong focus on the international Islamic audience, as demonstrated by Malaysia’s involvement in Bosnia and Palestine, and vocal anti-Zionism (though this crossed into the realm of anti-Semitism on many occasions).

Back in the driving seat

These pillars seem to be influencing Malaysia’s ‘new’ foreign policy direction with Mahathir’s return. Foreign policy may have become less idiosyncratic, but early indicators highlight that he is in the driving seat. He was slow to appoint a Foreign Minister, for example, which is a post that is said to have lost prestige under his tenure, as the Foreign Ministry lost a degree of its impact on policy formulation. Instead, he has undertaken a number of international visits and made extensive comments concerning foreign policy in the first few months of his leadership (though future leader Anwar is also embarking on an international tour).

Previously, Mahathir had promoted Japan’s regional role as part of the Look East inspiration. It is significant then, that Mahathir’s first visit was to Japan and the remarks he made are reminiscent of his former ‘Look East’ policy (as well as including direct references to it). This is seemingly at the expense of Malaysia’s previous acquiescence in China’s growing role in the region. The question of China’s role in Malaysia featured heavily during the election. Mahathir has asked for a re-evaluation of some major Chinese developments, which seems significant in light of his focus on Japan, and he has claimed ‘We will be friendly to China but we don’t want to be indebted to China’. Whilst there is a visit being planned, it seems that it centres primarily on the economy, meanwhile other indicators such as an announcement that Malaysia will adopt a more robust approach in the South China Sea demonstrate that deference to China will be more limited than during the Najib era. Perhaps China is also viewing Malaysia’s new emphasis on India with concern given this new direction.

Other relationships cultivated by Najib also seem to be suffering reversals, including those in the Islamic world such as the country’s links to Saudi Arabia. In disagreements over Yemen, there is a growing scrutiny of Saudi money and influence, demonstrated by Defence Minister Mat Sabu’s comments concerning an evaluation of the Saudi backed counter terrorism centre, the King Salman Centre for International Peace, and the recent announcement of a review concerning the stationing of troops in Saudi Arabia.

Whilst these relationships are of obvious importance, Mahathir’s treatment of his closest neighbours are also significant. ASEAN has seen a strong proliferation of cooperation, stability, and I would argue, trust, over the previous couple of decades. A return to Mahathir’s ideologically driven foreign policy could cause some potential issues, especially with Malaysia’s most important neighbours – Indonesia and Singapore.

Whilst the relationship with Indonesia has suffered many ups and downs, early indicators demonstrate that this is one relationship that won’t necessarily deteriorate. Under Abdullah Badawi and Najib, relations improved despite some tensions. Mahathir chose Indonesia as the first ASEAN country to visit and while little of substance resulted from the meetings with Jokowi, signs are that it was positive overall with the ‘family relationship’ highlighted and numerous areas of cooperation discussed. The visit also saw signs of a return of anti-Western rhetoric – with Mahathir criticising Western exertion of pressure over the palm oil industry.

Singapore, however, is seeing Mahathir’s return with some trepidation. During Mahathir’s previous tenure, Malaysia and Singapore’s problematic histories, communal issues, and the perception from Malaysia that it was the ‘elder brother’ of the relationship, dominated foreign policy decision-making. Issues such as land reclamation, overlapping claims over islands, and disagreements over economic groupings heightened these tensions. Whilst the relationship improved markedly under Badawi and Najib as the relationship became more institutionalised and less reliant on the ‘strongmen’, Mahathir’s return hints at a return to old ways of thinking.

Mahathir, for example, was quick to point out that maybe Singapore was also tired of having the same government all the time. While this kind of comment may not be overly important in isolation, it is viewed as problematic considering the aforementioned issues. His first actions towards Malaysia’s ‘younger-brother’ have also been negatively received, such as the cancellation of a high-speed rail link between the two countries, and a return to questioning the price Singapore pays for Malaysian water (a sensitive issue considering Singapore is not yet self-sufficient in its water requirements). All of these points suggest a bumpy road ahead.

It will be interesting as to how these bilateral differences will influence Malaysia’s engagement with ASEAN as a whole. ASEAN is no longer the institution it once was, headed by the strong leadership of Suharto, Lee Kuan Yew and himself. There has been a proliferation of actors and stakeholders, as well as involvement in a wider range of sectors. While there have been no signs of a movement away from ASEAN despite this, problems with Singapore based on old ideologies may inhibit the institution if it undermines the trust cultivated in the past.

Back to the future

Pakatan Harapan’s victory has been seen as a kick-start, pushing Malaysia’s democracy in a new direction. New ideas are running abound in the domestic arena. However, early indicators of Malaysia’s foreign policy direction show the opposite is true. Instead, it seems as if Malaysia is returning to its old ideas and patterns, and that Mahathir’s ideology has not significantly changed. Old rivalries, such as those with Singapore and the West, were muted but seem to be returning, as are old friends who had grown distant, such as Japan. This may not fundamentally alter Malaysia’s overall foreign policy but the potential is there for a shift that would have ramifications for relations with significant partners, such as the relationship with China. The relationships of the recent past, therefore, should not be taken for granted.

Scott Edwards is a doctoral researcher with ICCS (Institute for Conflict, Cooperation and Security) at the University of Birmingham. He tweets @ScottEdvvards. Image Credit: CC by Bruno Vanbesien/Flickr.