Japan and the African Challenge 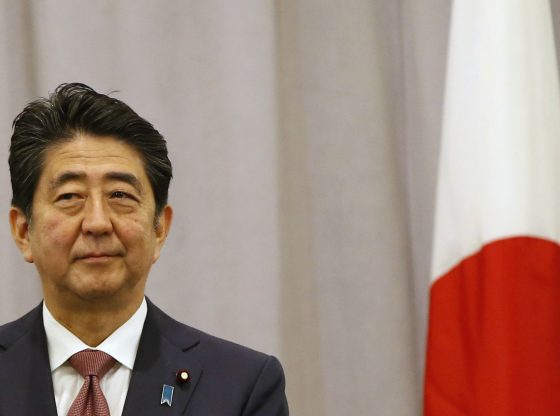 Over the last decade, Africa has undergone a substantial transformation and has attracted the attention of major Asian powers such as China, India, Japan and more recently South Korea. Not only is Africa considered a continent with vast potential to provide energy and natural resources, but many African countries have also made important improvements in terms of their economic management, governance or business environments, becoming better investment destinations than before.

In 1993, Japan was the first country to launch a forum on African development, the Tokyo International Conference on African Development (TICAD) was co-organized with institutions in Africa and international organizations such as the United Nations and the World Bank. Formerly held every 5 years, TICAD meetings have been shortened to 3 years and, by organising TICAD for the first time in Africa in August 2016, Japan intended to further strengthen cooperation and dialogue between Japan and African countries. Japan’s contributions to Africa primarily focus on development assistance as well as poverty alleviation and the scope of its cooperation gradually expanded to include many sectors such as education, health, community development, infrastructure investment or the effects of climate change.

Economic diplomacy constitutes Japan’s best tool for its foreign policy. The country is the 4th-largest donor in the world and the largest one in Asia, providing extensive bilateral Official Development Assistance (ODA). Although Japan has decreased its ODA budget due to severe financial circumstances, gross ODA aid disbursement to Sub-Saharan Africa increased to $1.86 billion in 2016 ($1.64 billion in 2015) and accounted for 14.3% of Japan’s bilateral ODA. Japan became Angola and Eritrea’s top donor in 2015 but still lags behind compared to the 2015-2016 Development Assistance Committee (DAC) members’ gross bilateral ODA average of 22.8%.

The recipients of Japan’s ODA were traditionally Asian countries where Japanese companies have invested for decades. Japan’s resurgent policy in Africa aligns with Japan’s new foreign policy, the ‘free and open Indo-Pacific Strategy’, announced in 2016 by Prime Minister Shinzo Abe. At the Opening session of the sixth TICAD in Nairobi, Prime Minister Abe declared:

‘Japan bears the responsibility of fostering the confluence of the Pacific and Indian Oceans and of Asia and Africa into a place that values freedom, the rule of law, and the market economy, free from force or coercion, and making it prosperous. » adding that « Japan is a country that ardently hopes to resolve the issues facing Africa together with Africa, and will not let up in its efforts.’

To this end, Japan has implemented a 3 pillars approach to Africa.

First, it has nurtured a win-win relationship between Africa and Japan by promoting economic transformation and developing quality infrastructure and human resources. For example, Japanese companies promote a Base of the pyramid business which constitutes a means to enhance their brand and reputation and stimulate the creation of new markets. African countries can benefit from improvements in the standard of living and from jobs creation.

Second, it has contributed to sustainable development in Africa in partnership with international organizations, NGO’s and private sector companies. Japan is focused on building resilient health systems and improving sanitation. It has taken the lead in achieving universal health coverage; Kenya being one of the 10 pilot countries.

Third, it has sought to promote peace and security through capacity building assistance and the dispatch of Japanese Self Defense Forces (this has been facilitated by the 2015 legislation for peace and security allowing the use of force for collective self-defence). Japan opened its first overseas military base since World War II in Djibouti in 2011 to fight piracy, and Defense Minister Onodera confirmed its expansion in November 2017 – supposedly to counter China’s growing influence in eastern Africa.

In June 2013, Prime Minister Abe declared that  ‘What Africa needs now is private-sector investment. “PPP,” or “public-private partnership,” leverages that investment’ and pledged $32 billion, including around $1.4 billion in ODA and $1.6 billion in public and private resources. In August 2016, in Nairobi, he announced Japan’s initiative to launch the ‘Japan-Africa Public-Private Economic Forum’ to encourage private-sector-led economic growth, networking among Japanese companies and African companies and to increase the presence of Japanese companies on the continent. The sixth TICAD, during which Japan pledged $30 billion in public and private investment over the next three years, also led to the signing of 73 memorandums of understanding (MOU) between 22 Japanese companies and institutions and 20 African countries and 6 organizations. The first Japan-Africa Public-Private Economic Forum was held in Johannesburg in May 2018 and was attended by 2000 participants. Focused on three main themes – opportunities and challenges for collaboration between Japan and Africa, energy and infrastructure enhancement in Africa, new frontiers for business in Africa and challenges for transforming economies in Africa – the forum resulted in the signing of 16 MOUs.

Despite the declarations and discourses, the number of Japanese companies in Africa remains low. Out of a total of 71,820 firms abroad, only 738 were based in Africa in 2016. What are the reasons behind this gap? The Japan External Trade Organization (JETRO) identifies 8 main motives that are:

1) lack of compliance with local practices, norms and laws

2) difficulties in developing products to match the African markets

3) parent companies in Japan lack an understanding of African countries

4) shortage of human resources in Africa including skilled manufacturing workers and French-speaking Japanese. Japanese people have a negative perception of Africa (terrorism, diseases, poverty…) and are reluctant about working in Africa

8) although acknowledging the importance of Africa, Japanese companies prioritize other regions they find more attractive like Asia or Europe.

Despite Tokyo declaring ‘Japan and Africa have had an impactful and unique relationship for several decades. Japan long has developed a positive leadership role in Africa’s development’, when asked which nation they trust most only 7% of the interviewees in Kenya, Côte d’Ivoire and South Africa answered Japan, whereas 33% of them answered China. However, when asked which country will become an essential partner in the coming years, 33% indicated Japan and 48% China.

According to a JETRO survey conducted in 2017, 44% of Japanese companies experience competition with Chinese companies in Africa but find this competition beneficial in that China’s fast expansion into African markets create new needs and gives a new shape to those markets. The survey also puts emphasis on collaborative opportunities with French, Indian and South African companies. The Asia-Africa Growth Corridor (AAGC) jointly launched by Japan and India in 2017 should also be understood in this context. The AAGC is not simply a plan to counter China: Japan is pushing for collaboration with India because of India’s historical ties with this region, experience and understanding of African markets and, in combination with Japan technological expertise and financial capabilities, both countries will benefit from this partnership.

Ultimately, the future is African and Japan understands this. Yet, if Tokyo doesn’t want to miss the boat, boosting its cooperation with more experienced countries is a vital element to overcome fears from Japanese companies, to reduce risks and to expand into new and emerging markets in Africa. Japan’s policy toward Sub-Saharan Africa is mostly development-oriented but a more strategic approach should be encouraged to increase Japan’s influence on the continent.