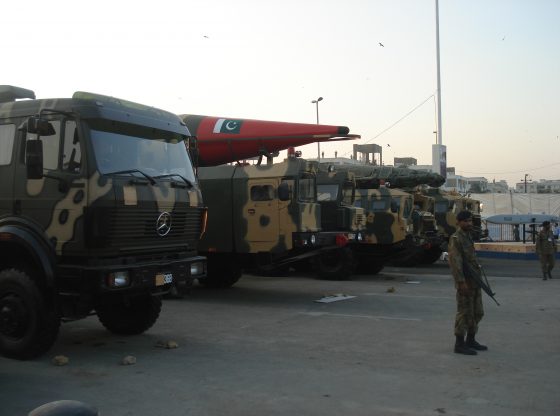 Although overall violence has declined since 2014, Pakistan remains vulnerable to a variety of terrorist tactics including suicide attacks, improvised explosive devices (IEDs) and vehicle-borne improvised explosive devices (VBIEDs), lone wolf attacks and gun violence. Incidents such as the 2015 Safoora Goth attack, the 2016 hospital attacks in Quetta, and the three Parachinar attacks of 2017 confirm that the threat persists and Pakistan has yet to declare victory against it. This is partly due to Pakistan’s inability to counter extremism across religious, political and social arenas, over physical and cyber realms. Religious extremism sustains religiously-motivated acts of terrorism. Therefore, the addressing of both in the recently passed National Internal Security Policy (2018-2023) is welcomed.

Pakistan’s responses to terrorism have been largely militaristic and kinetic, ill-equipped in some ways to counter the underlying ideology of religious extremism

The new NISP, an overarching counterterrorism and counterextremism framework, replaces the largely unimplemented NISP of 2014, which was overshadowed by the lesser developed National Action Plan. Over 120 experts, including parliamentarians, government and law enforcement officials and civil society representatives, have been involved in the formulation of the new policy. If implemented in full, the NISP has the potential of ushering in sustainable peace and stability. However, it is an ambitious proposal, to say the least.

The NISP is the product of multiple roundtables, interviews, a brief literature review and a national conference on internal security. Its vision is founded in the teachings of Islam, Muhammad Ali Jinnah’s vision for Pakistan, the constitution and former Interior Minister Ahsan Iqbal’s ‘Pakistan Vision 2025’ that involves institutional reforms, development, and good governance. The NISP identifies inclusivity, democracy and pluralism as values that must be protected to ensure peace. It comes in response to traditional security threats, such as religious, sectarian and ethno-political violence, and developing threats, such as transnational and cross-border terrorism, returning fighters from Syria and Iraq, violent extremism on educational campuses, cyber-crime, and urban terrorism.

Keeping these in mind, it offers policy recommendations that are categorised under three broad domains. The ‘administrative domain’ encourages the capacity-building of civilian and military institutions to counter security threats; the ‘ideational domain’ prioritises challenging extremist narratives; and the ‘socio-economic domain’ emphasises the re-forging of the social contract between state and society by addressing grievances that breed security challenges.

More importantly, the NISP offers a ‘6R strategy’ – a multi-pronged framework that encompasses various objectives into six strategic pillars: Reorient, Reimagine, Reconcile, Redistribute, Recognise, and Regional Approach. Reorient encourages the reformation of the criminal justice system and the modernisation of the security apparatus, whilst making it more people-centric. Reimagine seeks to make the society more inclusive, construct a national narrative, and reform the media, madrassas and mosques. Reconciliation is concerned with the reintegration of former militants. Redistribution focuses on the protection of marginalised groups (women, minorities, and the youth). Recognition stresses the importance of building Pakistan’s critical thinking vis-à-vis religious extremism and other security-related issues. Taking a Regional Approach to countering cross-border terrorism and international terrorist financing is the sixth pillar.

The NISP is holistic and comprehensive, but it is also idealistic and lacking in depth. The introductory sections boast of achievements that are difficult to measure and whose long-term consequences are yet to be ascertained. For example, military and intelligence-based operations have yielded immediate gains (reducing violence) but to claim they have established the writ of state across Pakistan is premature.

The ‘6R strategy’ is catchy and similar to the UK’s four Ps in its counterterrorism policy, CONTEST: Prevent, Pursue, Protect, Prepare. The 6Rs need to be conceptually developed, a task that successive governments and policymakers should undertake. Indeed, each of the six strategies can be elaborated upon in separate documents grounded in academic research and empirical data. For instance, ‘Reconciliation’ encapsulates de-radicalisation, rehabilitation, and reintegration. This is a mammoth process and demands a detailed breakdown. ‘Reorientation’ introduces the ‘modern concept’ of Alternative Dispute Resolution, without explaining what it means and how it is applicable to Pakistan. Additionally, the development of a new National Community Policing Plan is envisioned, without any discussion on what this is and how it will reconcile counterterrorism policing with community policing measures.

Furthermore, the NISP claims that amendments will be made to certain problematic laws to prevent their abuse, such as the Anti-Terrorism Act (ATA) of 1997 and the Prevention of Electronic Crimes Act (PECA) of 2016. However, both legislations were developed under Pakistan Muslim League-Nawaz (PML-N) governments, despite concerns raised by human rights organisations, so this problematization could have been taken into account earlier as well. The need for reforming the police, judiciary, and other institutions is stressed, but this is hardly a new realisation. Establishing the writ of the state and adherence to the rule of law is emphasised, but the application of these measures is often limited, with VIPs known to routinely bend the laws and extremists known to take to the capital to challenge the writ of the state.

Finally, there is no reference to transportation security. With major transportation projects underway, and a well-established threat to public transport, the policy does not mention how the capacity of relevant departments (e.g. traffic police) will be enhanced to prevent security breaches.

An impressive five-year implementation plan with short, medium, and long-term goals is annexed, periodic assessments of which should be transparent. Additionally, an inter-provincial coordination committee (IPCC), headed by the Interior Minister, will be constituted to ensure that provincial chief and home ministers oversee the implementation of this policy. However, the IPCC will co-exist alongside apex committees, which also oversee counterterrorism efforts, which raises the question: which oversight body will lead and supervise future counterterrorism efforts in Pakistan and how will the two bodies reconcile?

In principle, the NISP is all-inclusive. Its shortcomings aside, it opens space for future dialogue, initiatives and reforms, and it is about time such a policy was drafted. In the coming years, it must be developed further, with each strategic objective deserving elaboration. That counterterrorism and counterextremism are generational struggles is well-accepted, which presses the need to devise long-term solutions to supplement short-term gains. As the NISP rightly suggests, Pakistan’s responses to terrorism have been largely militaristic and kinetic, ill-equipped in some ways to counter the underlying ideology of religious extremism, and it is pertinent to move beyond these limited tactics. Whether successive governments will appreciate the policy for its scope and intent, and take it forward, remains to be seen.

Zoha Waseem is a doctoral candidate at the School of Security Studies, King’s College London and can be reached on Twitter @zohawaseem. This article originally appeared on The Friday Times and can be found here. Image Credit: CC Wikimedia Commons.

Japan and the African Challenge
Malaysia-China relations: Wayang Kulit and the Rising Dragon