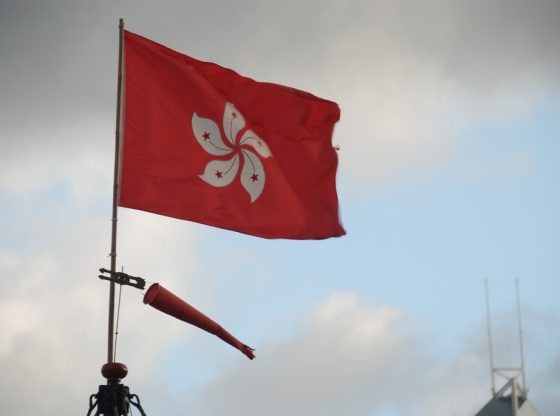 One issue on the agenda during new British foreign secretary Jeremy Hunt’s recent visit to China was Hong Kong. Amidst more general harmony over building the “golden era” of bilateral relations, it seems this is one area where the UK and China have agreed to disagree.

The British government rightly calls for further political reform in Hong Kong, and in the long run, this can help bring more stable governance. But it requires a less polarized and more consensual politics

Recently, the British government has become more outspoken on political issues in Hong Kong. In July it voiced concern over Hong Kong SAR government plans to prohibit the operation of the Hong Kong National Party, following concern over the rejection of a nomination to stand in the legislative council by-election in February by an advocate of self-determination for Hong Kong. In the past London rarely commented on specific developments in Hong Kong as they happened. Instead, it saved its commentary for the reports on Hong Kong submitted to Parliament by the FCO every six months.

Why this more vocal approach to Hong Kong issues? What is its impact? And is it the right strategy for the UK to promote its interests in Hong Kong? Part of the answer to the why question lies in the growing attention paid to Hong Kong in the British media and parliament. Criticism by retired and serving politicians has become more frequent and better organised, with letters to the foreign secretary and reports published by NGOs. Foreign office ministers probably feel they need to respond.

This criticism has been prompted by concern that human rights protections and the rule of law in Hong Kong are under threat. But these are highly contested judgments. For every example which has prompted concern, there is evidence to the contrary – on rule of law, for example, due process has been followed, and Hong Kong’s highest court has upheld the right to peaceful demonstration and assembly. Recent years have seen more protests in Hong Kong than ever before.

What about the impact of recent British statements?

There are long-standing and unresolved debates about the respective benefits of “megaphone” or quiet diplomacy, so it is not clear how these interventions will help those whose predicament has prompted the UK to speak out. In fact, British intervention is only likely to fuel suspicions in Beijing that its self-proclaimed opponents in Hong Kong are not a few marginal individuals, but are working in concert with “hostile foreign forces”. London too should make sure it is not being used by a minority in Hong Kong as a political tool.

In other words, if such interventions have any impact at all, it is likely to be to harden the divisions within Hong Kong politics. This is the opposite of what is needed.

Here Hong Kong and British interests are actually aligned. The failed constitutional reform package of 2014 to 2015 and the Occupy movement which sealed its fate have left Hong Kong at a standstill on political and democratic development. The British government rightly calls for further political reform in Hong Kong, and in the long run, this can help bring more stable governance. But it requires a less polarized and more consensual politics (of which the UK may not be the best example just at the moment).

If Britain is to engage with the political debate in Hong Kong it should, therefore, be with the goal of helping to build consensus, encouraging those on all sides of the political spectrum to move away from extreme positions and find common ground on the way forward. Speaking out in apparent support of a small but vocal minority in Hong Kong does not help achieve that objective.

Such an approach would involve London pushing back against critics within the British political establishment. But foreign policy is about more than appeasing domestic constituencies. The promotion of British interests overseas requires not righteous indignation, but a cool-headed evaluation of where those interests lie and how they are best supported.

Dr. Tim Summers (@tasumm) works on the international relations, political economy and politics of contemporary China. He is an Adjunct Assistant Professor at the Centre for China Studies, The Chinese University of Hong Kong, a (non-resident) Senior Consulting Fellow at Chatham House, and consults and speaks on China for a range of government and corporate audiences. Image Credit: CC by Let Ideas Compete/Flickr.