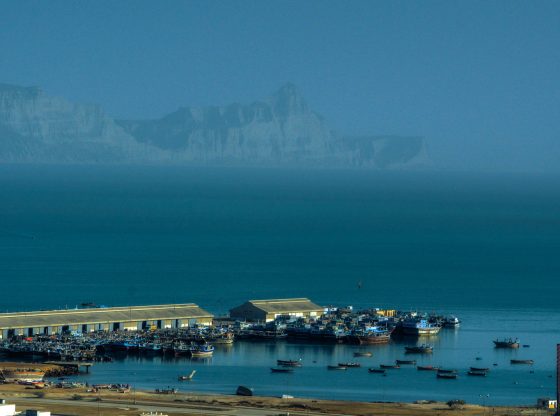 Regionalization is bringing greater interdependence between different parts of Asia. It is primarily driven by the rise of China: where North East Asia is becoming more integrated with South East Asia. We also see a similar process occurring in South Asia with the rise of India as it integrates more with South East Asia to form the Indo-Pacific region and at the same time attempts to increase its presence in Central Asia. What is clear is that up to recently developments in Asia and South Asia has been distinct and separate even though they overlap on the periphery. BRI brings China directly into competition with India in a number of regions and directly into South Asia with CPEC. This raises the potential of increasing competition and possible tension between China and India. CPEC would potentially be the focus of this rivalry. CPEC is important for China as it is the flagship project for the whole of the BRI initiative, its success in Pakistan would allow China to sell CPEC as a showcase for other countries.

If Gwadar becomes a bridgehead for the Chinese military then it will not only antagonize New Delhi but also the Pentagon.

Beijing is wooing New Delhi after friction over Doklam to at least remain ambivalent to BRI but it would prefer India to come on board and actively participate in the BRI. With Washington under President Trump’s administration appearing to be launching a trade war, Beijing needs as many friends as possible and certainly doesn’t want more enemies. India has its own reasons for remaining pursuing a hedging strategy it is also unsure of Washington’s intentions as the regime flip flops over it relationship with New Delhi. India certainly would like closer cooperation with the USA but not at the price of sacrificing its relationship with Russia or antagonizing its largest trading partner: China. How India navigates these conflicting demands, will partly be influenced by whether CPEC and specifically Gwadar remain an economic development project or whether it will become securitized.

If Gwadar becomes a bridgehead for the Chinese military then it will not only antagonize New Delhi but also the Pentagon. Such an approach would effectively push the US and India together in an alliance against China and Pakistan. Beijing is determined that India should remain ambivalent and to this end (as well as for its own interests) it is keen to see the stabilization of Afghanistan. This is why it is involved in the peace process with the Taliban. It would like to see improvement in relations between Islamabad and New Delhi. It would like to maximise its investments by having the East West connectivity intersect with the North South connectivity of CPEC by linking Central Asia to India via Pakistan. The big ticket item that may persuade New Delhi is energy and specifically the TAPI pipeline. This is a window of opportunity for Islamabad as TAPI (due to US sanctions against Iran) can’t be routed through Chabahar at the present. It would disincentivize New Delhi and  Washington from securitizing the various tensions and fissures within CPEC.

There are numerous vulnerabilities within CPEC that can be exploited. While the currency crisis is not exclusively the result of CPEC, it is a factor. The economic forecasting of the impact of CPEC was based on optimistic assumptions, making the  likelihood of Pakistan going to the IMF more likely (whereupon various conditionalities may be imposed at the behest of Washington).  Circular Debt has caused stress to public finance, its resolution will have political fallout as there will be layoffs, the raising of tariffs and large scale disconnections. Similarly regulations and policy for Special Economic Zones, water and agricultural investment need to be carefully thought through in detail. Otherwise there will be electoral consequences. Centre-province relations are critical for the success of CPEC. If CPEC is seen to undermine the devolution of power that has taken place with the 18th Amendment as well as the disruption caused by these large scale projects on local communities (particularly in Gwadar and Gilgit-Baltistan) are all areas of sensitivities that can exploited if not handled deftly.

Is CPEC the proclaimed game changer? China’s ambition with CPEC is limited mainly to Gwadar while Pakistan seems to have a grander vision of its role. CPEC can easily become an economic burden if the various projects are not economically viable. Some CPEC projects appear to be vanity projects – others are political or security in nature: the Western Route and Gwadar are driven by security compulsions from Islamabad. CPEC is an opening gambit in the industrialization of Pakistan and it requires Pakistan’s major trading partners including the US and the EU to become actively involved (in particular in Gwadar) if it’s to become a success. Gwadar and the Western Routes will only be a success if there is East West connectivity and TAPI is precisely the kind of project that would persuade New Delhi to come on board. The danger is that some of these projects will become white elephants as the economic rationale is not clear. They have been approved and built for political and security reasons.

Yunas Samad is Emeritus Professor of South Asian Studies at the University of Bradford and a Visiting Professor at LUMS. He is an expert on the study of South Asia and its diaspora and has published several books on the topic of Pakistani nationalism, ethnicity, Islam and the War on Terror. He is the author of The Pakistan-US Conundrum.  Image credit: CC by Umairadeeb/Flickr.