Empowering women through entrepreneurship in Nepal 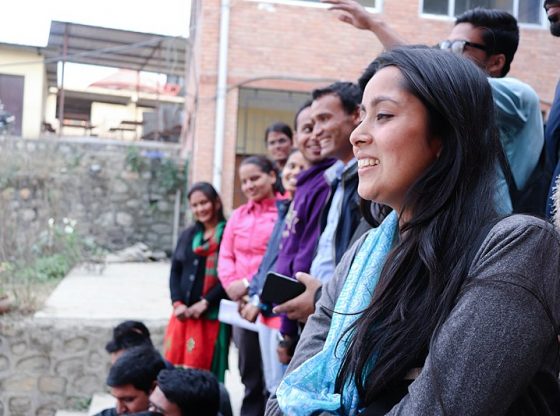 Gone are the days when Nepalese women were subordinate to men. Although predominantly a patriarchal society and with its own social history of female oppression, the Nepalese mindset has shown discernible changes in many social and cultural areas including women’s career paths.  Not only have women taken up leadership roles in national and international levels but their fascination with entrepreneurship has changed in recent years.

A decade ago, the willingness to own a business and begin a large-scale commercial enterprise was limited to men, especially of Marwari and Newari communities. However, increasing access to the internet, globalisation, and the rise of business accelerator programmes have led to greater empowerment and freedom, especially of Nepalese women.

This has invigorated young and middle-aged women with the entrepreneurial spirit who are aiming to debunk the myth of entrepreneurship as male-normative. Despite not yet being among the top ten business tycoons of Nepal, women’s efforts to break this glass ceiling have not gone unnoticed. Women in Nepal have felt the essence of creating their own unique identities via entrepreneurship. Nepalese women’s business knack and aptitude can be seen in the ways these women have led successful for-profit and social organizations in Nepal.

Young and middle-aged women with entrepreneurial spirit are aiming to debunk the myth of entrepreneurship as male-normative.

Regardless of their backgrounds, qualifications, or marital status, Nepalese women have been innovative in solving existing societal challenges. For instance, Bhawani Rana is among the most recognised names in the Nepalese business world. Elected as the first female president of the Federation of Nepalese Chamber of Commerce and Industries (FNCCI) – the largest private sector organization in Nepal – Bhawani is striving to bring an economic revolution to Nepal by prioritising domestic products and harnessing private sectors in the best possible manner.  Kesha Kumari Damini is another illustration of a woman who, despite being illiterate, dared to start an enterprise to promote women entrepreneurship among economically deprived groups. Winner of the global Business for Peace award, Kesha defied societal discrimination and actively raised the profile of micro-entrepreneurship in the country.

The charm of navigating spaces with innovation and dexterity is admirable among young women of Nepal. The younger generations have raised start-ups in diverse sectors from technology to fashion industries and have proved their abilities as successful business leaders. It is a matter of pride that Aayushi KC, CEO of khaalisisi.com, was recognised in the Forbes 30 Under 30 of 2018, by raising a digital platform that connects waste sellers to waste entrepreneurs. Aayushi’s khaalisisi.com is the perfect epitome of turning ‘trash into cash’ by reusing and recycling waste products.  These are just some examples of Nepalese women who have the ability to transform Nepalese society and economy.

Despite the increasing number and profile of female entrepreneurs, and a vast change in the business ambience and people’s mindset, these women continue to face a lot of adversity in their journeys. Many aspiring women entrepreneurs are discouraged by everyday challenges in both the personal and professional spheres. There are several external and internal factors that constrain women from embarking on their own enterprises.

Doing business in Nepal is not the most accessible job in the country – in the 2017 World Bank Ratings, Nepal was ranked 107 among 190 economies for ease of doing business. Volatile changes in the market, lack of adequate capital, and absence of effective business policies make entrepreneurship a tedious process for women. Apart from these external constraints, married women have additional challenges to deal with and their own sets of norms determining what is acceptable and unacceptable. Conservative familial relationships limit married women from undertaking enterprises that require a huge amount of capital, leaving women as employees rather than as employers.

Volatile changes in the market, lack of adequate capital, and absence of effective business policies make entrepreneurship a tedious process for women. Apart from these external constraints, married women have additional challenges to deal with.

But the private sector alone cannot increase the number of successful women entrepreneurs without effective government action. The Nepalese government can facilitate women entrepreneurs in rural and urban areas by bringing business-friendly policies. The government should capitalise more on the concept of Agricultural Entrepreneurship to enhance farming innovations and prevent stigmatization of women in remote areas whose primary occupation is agriculture. One effective way to recover the trade deficit of Nepal is by promoting rural women in agricultural entrepreneurship and training them to produce exportable food crops and cash crops scientifically that can compete in international markets.

Nepal is not a poor country; it is a poorly managed country. Nepalese women are not unqualified; they are not provided enough exposure and skill sets. The abundance of natural resources in Nepal can make Nepal a home to the world’s largest tourism and utility industries, of which our women can be the owners. For this, it takes a certain diligence from the government’s side to ensure that it believes in the tremendous potential of Nepal and Nepalese women.

Entrepreneurship is still considered an ambitious goal for women. Most Nepalese parents encourage their girls to land a safe and conventional career path, rather than pursue an unpredictable journey of entrepreneurship. But it is the best way to create revolutionary ideas to transform the world around us and women should never be ostracised from it. It is extremely important to bring women into the field of entrepreneurship to solve many existing problems of Nepalese society.

Women already have a respected role in the domestic sphere, and women have tremendous capability to influence people. If their power is acknowledged, and more women are encouraged to pursue entrepreneurship, Nepal will undoubtedly take the economic leap that it had been craving in the past.

Bhawana Sharma is a rising sophomore at Caldwell University, New Jersey. She is currently majoring in Financial Economics and Entrepreneurship. This article has been contributed via the Yang-Ward Foundation. Image credit: CC by Nabin Sapkota/Wikimedia Commons.

The Indo-Pacific: Clarity, Inclusivity and ASEAN Centrality
How Islamists are trying to exploit the 2018 Bangladesh protests