How Islamists are trying to exploit the 2018 Bangladesh protests 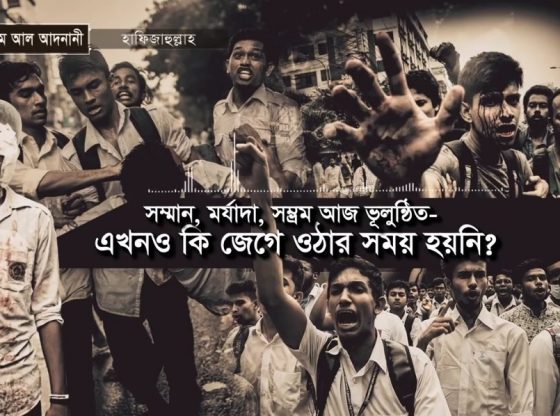 Bangladesh just observed a large, multiple-day student protest, mainly in its capital city of Dhaka. The protests began after two school children were killed by a reckless bus on the streets of Dhaka. The incident triggered outrage and anger among their fellow students, and led to large scale demonstrations. School children started policing the roads of Dhaka. This protest inspired the people of Bangladesh and the Prime Minister of the country subsequently commented that “The children have opened our eyes”.

As wonderful and inspiring as this story could have been, the positive impact was completely overshadowed by the tremendous violence these young protesters faced. The law enforcement agencies in Bangladesh have been accused of disproportionate use of force against generally peaceful street protests. Footage and images of children in their school uniform being beaten, tear gassed, and water cannoned by the police have made a strong impact among the Bangladeshi people and left a feeling of total insecurity among their parents. The inspiring photos of young girls maintaining roads in torrential rain have been washed away by those of blood-soaked uniforms, a young girl facing the baton, or a young boy facing an entire riot police group alone. Some have even compared these images with those of Tiananmen Square in China.

The violent actions by the police have now undoubtedly destroyed any trust that was gained in the years of working together [with educated youth].

This response by the law enforcement agencies is especially shocking because of their long history of engaging with these people. After observing that educated youth coming from well-to-do backgrounds, and having studied in reputed educational institutions, had participated in violent extremism in the country and abroad – the attackers of Holey Artisan Bakery, the killers of blogger Ahmed Haider Rajib, and the radicalisation of Rezwanul Ahsan Nafis are some of the incidents that stand out – Bangladesh Police have actively and consciously engaged with this demographic in extremism awareness campaigns, and other such initiatives.

The violent actions by the police have now undoubtedly destroyed any trust that was gained in the years of working together. It does not help that there has been a concerted effort to suppress freedom of information and prosecute protestors, but not their attackers. In fact, they behaved akin to colonial masters violently suppressing their subjects – a chilling reflection of their colonial links in how they institutionally function.

What was even more embarrassing for the police was that they allowed non-state actors and groups with political affiliations to attack these protesting children. Not only did the police completely fail in fulfilling its topmost priority, that of ensuring safety and security of the citizens of the country, it stood silent and watched the same citizens being attacked by thugs. It is unfathomable how forces who had taken an oath to protect can allow something like this to happen on their watch. Where does this incident leave the integrity or respect of such an organization, nationally and internationally?

Whenever a regime oppresses its people and state security agencies carry out extrajudicial atrocities on the general populace, it creates a situation for jihadi groups to exploit. This has already been seen with the crackdown on the students. During this time of protest, Bengali-speaking violent extremist groups have been waging a recruitment campaign aimed towards the aggrieved students and youth of the country. These groups tap into and exploit the deep anger, resentment, and mistrust that this incident has caused. They also understand that by appealing to the security of the children of Bangladesh, they will manage to appeal to groups who would normally reject them outright without the risk of negative responses.

The jihadi groups engaged in conversations with the public through their online public outreach avenues and disseminated documents appealing to Bangladeshis as members of the same familial bond. Such narratives asked the people to clearly observe who was attacking them, as well as to note who their real enemy was. The extremist groups told the people that this is solid evidence that their government will never protect them, and that they must throw away democracy, which is not according to their interpretation of religion.

Shortly after the protest was crushed, Tamim al Adnani, the voice of Al Qaeda in Bangladesh, released a video (detailed in this thread) with the title “Honor, respect and sanctity are desecrated; is it not time to rise up?”, where he emphatically stated that, “our crying children are telling us about the oppression on them – about the killed school children and raped girls,” and “We believe them.” He wasted no time connecting the protest to bigger political goals and claimed, “A new pharaonic rule has come upon the people”, where he urged Bangladeshi people that their slogans and target need to be towards “Hasina, the monster.”

The law enforcement agencies in Bangladesh now must focus on repairing what seems to be irrevocable damage caused by their irresponsible actions.

Adnani proposed that, “Complete Shariah law, total Islamic Khilafat is the real solution” to the broken politics of Bangladesh where “Justices, ministers, police, army, bureaucrats … make the law only to break them.” He went on asking, “Brothers and sisters, decide why will you give your blood? For new laws that will be broken soon?” And then he delivered his extremist punchline, “Or will you give life for your Creator?”

In a typical method of appealing to people’s sentiment, he stated, “the eyes today are heavy with tears, the road drenched with blood, the souls are scarred, honour and sanctity are desecrated, still know that we are at an important turning point in our history.” His video message ended with a warning, “In this coming storm we will not survive unless we steadfastly hold on to Tawhid” and then the call, “Rise up, is it still not time to rise up?”

Unfortunately, when the state security apparatus fails to protest its citizens, and instead supports and protects the oppressors, such jihadi narratives begin to appear to have merit. When the people start to believe that they are being punished by their government, which increasingly resembles a repressive regime, extremist interpretations of religion appear to gain ground as a legitimate solution.

Around 2003, Jagrata Muslim Janata Bangladesh (JMJB), a jihadi group, appeared as a saviour to the people in the North-West of Bangladeshi against the atrocities of the ultra-leftists and Maoists. Supported by the people, they quickly established their iron grip over the region and started conducting nationwide terrorism operations from their base. It is important to prevent a repeat of that history. The law enforcement agencies in Bangladesh now must focus on repairing what seems to be irrevocable damage caused by their irresponsible actions.

Asheque Haque is a security expert from Bangladesh. He is a graduate in South Asia and Global Security from King’s College London, and an independent consultant on CVE. Image credit: CC by the author/Twitter