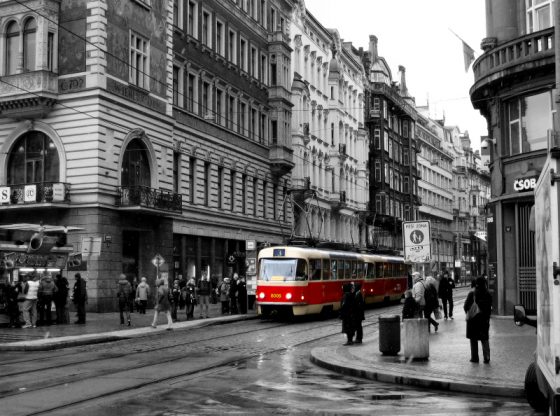 In the immediate period after 1989, Central and Eastern Europe embarked on the path of transition from socialism to democracy, and political relations with the People’s Republic of China (PRC) were tempered accordingly. However, as early as March 1991 Foreign Minister Qian Qichen visited Hungary and Poland (and, in September, Czechoslovakia) in order to re-engage high-level political contacts. This endeavour, as stated by the head of Chinese diplomacy during the talks in Warsaw, was to be achieved through forging “relations based on new principles”, that is, leaving behind the ideological divide. However, Central and Eastern Europe (CEE) was perceived in China as a region that lacked a genuine democratic tradition; as such, CEE countries’ post-1989 transformation is seen as non-independent — forced upon them by, or at best copied from, the West. Furthermore, post-1989 changes are perceived as a period of political and economic instability which accelerated after 2008 economic crisis. The growing dissatisfaction over their political and economic position within the European continent resulted in a shift towards illiberal democracy and a critique of western normative values voiced by several CEE countries’ political establishments such as those formed around Viktor Orbán, Jarosław Kaczyński and Miloš Zeman.

In recent years, China has been once again trying to emphasise ideological ties with Central and Eastern Europe based on a shared socialist past. In 2012, in order to enhance cooperation with CEE, Beijing inaugurated the “16+1” initiative, whose membership in the European part is clearly based on CEE countries’ previous communist experience. Countries such as Hungary, Czechoslovakia and Poland were among the first to give diplomatic recognition to the newly founded PRC. This fact is frequently highlighted in official contacts under the banner of “traditional friendship”. To this end, Hungary, as the fourth country in CEE (after Poland, Czech Republic and Serbia), was granted the status of China’s comprehensive strategic partner in 2017. In the document, the Hungarian side expresses its support for the “great rejuvenation of the Chinese nation” advocated by Xi Jinping. This point is also revealing about Prime Minister Orbán’s increasingly explicit intention to restore “the Carpathian Basin”, that is to unite former Hungarian lands lost after the “unequal” Treaty of Trianon 1920. For this reason Orbán has recently remarked that “[i]n a historical sense, I believe that Hungary’s one hundred years of solitude is at the end”. From this perspective, both China and Hungary are portraying themselves – to employ Chinese political vocabulary – as victims of Western imperialism subjected to one hundred years of humiliation.

In this context, China, having been a semi-colony in the past, still presents itself internationally as a developing country, despite having the second largest economy in the world. However, to date this self-definition is primarily based on political factors rather than the level of economic or developmental advancement. This was explained recently by Xi Jinping at the at the BRICS+ Summit in July. The Chairman of the PRC declared that China will always remain a developing country, no matter how it evolves, firmly supporting the development of developing countries and working towards the creation of close partnerships. The importance of the Global South for Chinese diplomacy was laid out at the Foreign Affairs Work Conference in June. Xi explained that “developing countries are our natural allied force [tongmen jun] in international affairs”. As for the position of CEE in China’s foreign policy, it was defined outright by Chairman Xi in the speech delivered to CEE leaders prior to the “16+1” summit in Suzhou, 2015. The leader of the PRC equated the “16+1” relations with the level of cooperation between the countries of the Global South, ergo developing.

Accents that might be attributed to the rhetoric of the developing countries vis-à-vis Chinese counterparts also appeared on several occasions in the pronouncements of the CEE leaders. In line with the Chinese concept of a “new type of international relations”, Viktor Orbán remarked at the 2016 conference “China-CEE Political Parties Dialogue” that “[a]ccording to the conventional Western way of thinking, the West represents a superior ideal and culture. This is laid down in various international doctrines, and the West expects other regions of the world to also embrace these”. A year later in November, during the China-CEE summit in Budapest, Orbán stated that the “16+1” platform is a part of China’s global strategy within the “Belt and Road”, and as such offers a new approach in international relations, and “will no longer divide the world into teachers and students, but will provide the basis for mutual respect and mutual advantage”. In October of the same year, the president of Serbia and the head of the ruling SNS party Aleksandr Vučić spoke in an equally enthusiastic tone in an interview for Xinhua. He declared the Communist Party of China (CPC) as a “natural ally” and expressed his will to further strengthen ties and learn from the Chinese example. Similar ideological grounds which bring associations with the South–South community were employed by President Miloš Zeman to justify Prague’s foreign policy U-turn in relation to China.

The changing position of CEE in China’s foreign policy has been demonstrated in the guidelines of the recent “16+1” Summit in Sofia. In the light of growing tensions with the US, China has accentuated CEE’s role in building open and inclusive globalisation. This stands in contrast to the “Budapest Principles” announced by Chairman Jiang Zemin during his visit in 1995, which “did not mention any wish by China to consult the region on international matters”. Thus, it can be assumed that, apart from economic rationale, bilateral partnerships with the CEE countries and “16+1” are needed by China to build support in the international arena. In this regard, it is significant that South-South cooperation institutional mechanisms and rhetoric are being echoed; these are based on the Chinese conviction of shared (post)socialist experience and mentality which would translate into better communication and understanding than would be achievable with the West.

Bartosz Kowalski is Assistant Professor at the Department of East Asian Studies of the University of Lodz and Research Fellow of its Centre for Asian Affairs. Image credit: CC by Christian Bredfeldt/Flickr.

Sino-Indian Relations: Rapprochement in the Indo-Pacific?
Imperial Retirement Marks the End of an Era for Japan