Imperial Retirement Marks the End of an Era for Japan

Home /Asia, History, Japan/Imperial Retirement Marks the End of an Era for Japan 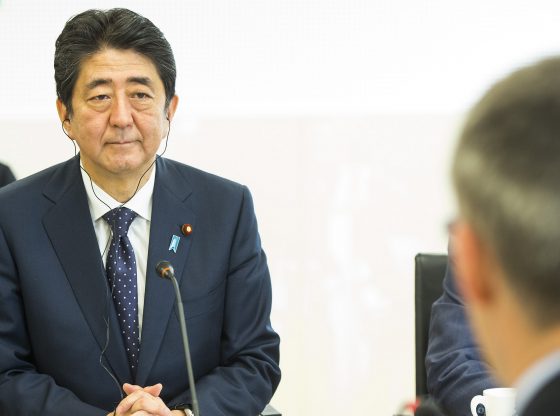 Emperor Akihito expressed his sorrow over the war dead and ‘deep remorse’ for Japan’s role for the last time publicly on 15 August 2018, in what was the Heisei era’s final commemoration of World War II’s end. The 84 year old Emperor hinted his wish to abdicate two years ago in a rare televised address over fears that age might prevent him to fulfil his duties as the ‘symbol of the state’. The government then decided to allow the Emperor to step down on 30 April 2019 by approving a special legislation, a single-use law that will not alter permanently the Imperial Household Law. Since the Meiji era (1868 – 1912) emperors are no longer allowed to retire, to avoid power struggles between the emperor retiring and the new emperor, a trend in Japan’s history. Although the Imperial Household Law was amended after World War II and though the emperor holds no political power, the Imperial succession system was not changed. This will therefore be the first Imperial abdication in Japan’s modern history.

The first day of May 2019 will coincide with the first day of a new era (Gengô, 元号). Japan still uses the calendar based on the old Chinese system of measuring time along with the Western calendar. A new name era used to be adopted on various occasions: the accession of a new emperor, a natural disaster, the vision of a beautiful cloud or of a rare turtle considered as auspicious events. But the Meiji period established the system of one era name per reign, associating the era with the emperor. After Japan’s defeat in World War II and the adoption of the new Constitution in 1947, the Gengô system lost its legal ground, but the custom remained even though voices regularly suggested abolishing the Gengô system, which is considered by most Christians and left-wing politicians as non-democratic and linked to shintoism.

In 1966, the Jinja Shinpô newspaper (a newspaper about Shintô) called for the codification of the Gengô system, a call later joined by the now-called Nippon Kaigi (the largest right-wing organization in Japan). The government finally passed the Era Name law in June 1979. To comply with the Constitution, decisions would be made by the cabinet, not by the emperor, according to pre-defined criteria. Indeed, era names in Japan all derived from Chinese classics and must respect rules, such as: have a positive meaning appropriate to the ideals of the nation; contain two Kanji characters; be easy to write and read; be a name that has never been used as an era or emperor name in Japan and China; contain words that are not commonly used.

Emperor Shôwa, terminally ill, passed away in January 1989. Experts and scholars with a deep knowledge of the Chinese classics were asked to present prospective names abiding by those rules. The current era name, Heisei (approximately translatable as ‘Achieving Peace’) was adopted by the cabinet. Prime Minister Abe confirmed the process would be identical concerning the next era name. However, the government has been criticised by some right-wing organisations for preparing the succession to the Chrysanthemum Throne while the Emperor Hirohito was still alive and fighting illness, calling it a ‘disrespectful attitude’.

The abdication of Emperor Akihito seems to lift this kind of taboo and TV shows, newspapers as well as social network sites are full of ‘guess the next era name’ allusions. Nevertheless, a member of the Imperial Household Agency declared it was not possible to announce the new era name before April because it would disrespectfully divert Japanese people’s attention from the still reigning Emperor Akihito.

The era name appears on almost every official document, from residence records to driving licences, and even on many employment contracts. It means that software using the Gengô system will have to be adapted to work with the new era name, and for software to be changed and tested, the new era name has to be known in advance. With this in mind, the government plans to announce the new era name around 1 April 2019 and is also considering options in the event that the problem could not be answered in time. While companies like Hitachi or NTT data declared that one month is enough time to prepare for the change, some experts do not agree with this very optimistic view, implying that a lack of IT engineers will probably impact the way companies will deal with the era name change.

The Gengô system represents more than a cultural inheritance. It is the invisible link between the emperor and the citizens, placing them in the flow of history.

In this sense, the use of the Japanese style calendar brings inconveniences. So why does Japan still use it? An article recently published in Chinese media states that if Japan sticks to the Gengô system whereas China, Vietnam and Korea all abolish it, it is because ‘it is typically Japanese not to try to change’. Such a declaration seems unjustified.

In the Japanese Cabinet Office’s 1977 Survey concerning the Gengô system, almost 60 percent of respondents declared to be in favour of it for two main reasons: 1) it makes clearer the delimitation of time 2) it is a traditional custom. Today, a growing number of people advocate its abolition, the Western calendar being more convenient and commonly used around the world. Yet, the Japanese era-based calendar still seems dear to many Japanese.

There may be several reasons for this. First of all, the Gengô system represents more than a cultural inheritance. It is the invisible link between the emperor and the citizens, placing them in the flow of history. Acting as an identity marker and the mirror of an epoch, the nostalgia-tinged evocation of the ‘Shôwa era’ is a feeling shared collectively, closely tied to Japanese poetry.

Second, the Japanese style calendar symbolises the independence of the country, its dual identity and uniqueness.

Third, by reflecting the ideal of the nation, a new era embodies hope for the future. In this regard, Emperor Akihito became the symbol of the pacifism enshrined in the Constitution and of the Heisei ‘Achieving Peace’ spirit. Enduringly committed to remembering the past, he visited numerous places including China, South Korea, the Philippines and other Pacific islands where the Japanese army fought during World War II. Some experts have even suggested that Emperor Akihito tried to delay the progress of the Abe administration in amending the constitution by expressing his deliberately vague desire to abdicate.

While World War II memories are fading away, Emperor Akihito’s abdication is worrying for pacifists. If Prime Minister Abe wins the election on 20 September, becoming Japan’s longest-serving leader, the new era will – to borrow Mr. Abe’s own words – ‘make a clean break with the post-war regime and build a new country’.