“Behind every Fascism”: Is Žižek’s appropriation of Walter Benjamin’s thesis applicable in India? 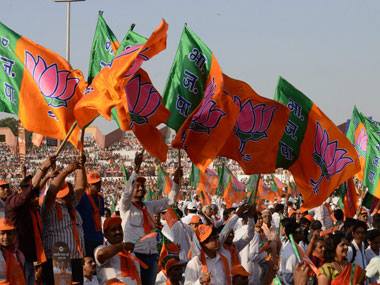 Slavoj Žižek, one of the most significant philosophers of present times, often quotes Walter Benjamin to explain the growing right-wing tendencies across the world. Be it the Trump phenomenon, or Brexit, or the rise of Islamic fundamentalism, Žižek never loses the opportunity to cite Benjamin’s old thesis: “Behind every Fascism, there is a failed revolution”. This particular quotation perhaps never became so famous as it did through Žižek’s application of it. But does it apply to the current political situation in India?

There is an almost unanimous agreement in the left-leaning political and intellectual circles of India that the RSS and the BJP has fascist tendencies, and that Narendra Modi himself is a face of fascism. Although there were certain arguments that Hindutva has striking similarities with the Alt Right, the current brand of Hindutva politics is becoming more and more fascist in nature with every passing day. If one considers this hypothesis as correct, then there should have been an attempted revolution before the Modi phenomenon. If it is so, then what was that so-called “Failed Revolution”? This piece is an attempt to create a retrospective of that apparent failed revolution.

Cut to April 2011. Anna Hazare started a hunger strike in New Delhi’s Ramlila ground to advocate for implementation of the Jan Lokpal Bill. Thus began the movement which officially came to be known as India Against Corruption (henceforth, IAC). Although Hazare became the poster boy of the movement, he was by no means the main initiator of it. In every sense, the leadership was in the hands of a middle-class think tank comprising social, intellectual and political activists who controlled the real movement and made effective use of social media, thanks to which a large section of Indian youth was drawn to it. The movement’s huge support base was supplied by Leftist political groups and activists working in North and West India and involved radical communist platforms as well. Not just leftists participated, the movement also involved several right-wing activists and ideologues: some of whom, like Kiran Bedi, would later join the BJP. Amongst several other things, what the IAC movement did was to reduce the credibility of the Congress Party. The blow was so severe that the secular democratic centrist political bloc has not been able to recover its old image even today. It isn’t wrong to suggest the IAC contributed to the growing glory of the Hindu Right to a great extent. What could have been a Bourgeois Revolution ended up becoming a failed movement thus aiding the rise of Fascism.

The IAC obviously created its offshoots: quite visibly the Aam Admi Party is one of those children of a failed revolution. But the AAP itself was not the revolution. Rather, it also became part of the Centre-Right political clout of India when it translated itself into a one-man-army-like-authoritarian-party. IAC failed to achieve anything beyond the enthusiasm of millions of Indians and the ousting of a secular democratic political regime. No matter how good its intentions were, the end results were not something the movement had desired. The most opportune moment for the Revolution was thus lost.

Why could the BJP not capture power in South India and Bengal?

One can again see the (absence of the) shadows of IAC here. The IAC movement did not affect Southern India and Bengal. It originated in Mumbai, became a national phenomenon by reaching Delhi, and flooded everything that was in between. The movement never became as major an event in Bengal and the Southern states as it was in the North and the West. Although there was a major political shift in Bengal in 2011 with the ouster of the CPIM after 34 years, this should not be seen as part of the Bourgeois Revolution that was attempted by the IAC. Also, the political situation in those regions of India was completely different and, therefore, cannot be explained by the situations in North India. So, the lack of an attempted revolution could have been a reason why Fascism was not able to capture power in these regions.

Why is this relevant today?

Anna Hazare made a faint attempt to revive his anti-corruption movement once again this year in March. This time his movement was directed against Narendra Modi’s government. But, this time the liberal bourgeoisie was not beside him unlike in 2011. As argued above, the moment of the Revolution was lost. It is hard to predict when that moment will arrive again. For creating a revolution, it is important to build up a crisis. Although the present government is seen as a political threat by many, the lower middle class, the working class, and the peasantry is yet to feel the political crisis. The lack of political awareness against the impending threat of Fascism itself signifies a lack of a political crisis.

To design another revolutionary situation, it is important to create political awareness. Given the much-awaited General Elections of 2019, the present opposition has a lot of work to do. There have been significant sporadic sparks against the Hindu Nationalist government, but those sparks have certainly not been able to create any long-lasting impacts. Once again, one can go back to Slavoj Žižek in this context. Žižek famously, but controversially, suggested that the victory of Trump was necessary in 2016 for the revival of the Left in the American polity. Perhaps, on the same tone, one can argue, it is important to let BJP win in 2019 so that a political crisis can be created. The moment of a much-awaited storm is nowhere nearby.

Mriganka Mukhopadhyay is a PhD Researcher at the Centre for History of Hermetic Philosophy and Related Currents, University of Amsterdam. His research focuses on the history of Esotericism and Occultism in India and the history of Modern Hinduism. Image credit: CC Flickr/ Narendra Modi.

Pitfalls of Slovakia’s Chinese dreams
China’s impact in Central and Eastern Europe: how much is 16+1?