China’s impact in Central and Eastern Europe: how much is 16+1?

Home /Belt and Road Initiative, China, China-CEE, China-EU, Foreign investments/China’s impact in Central and Eastern Europe: how much is 16+1? 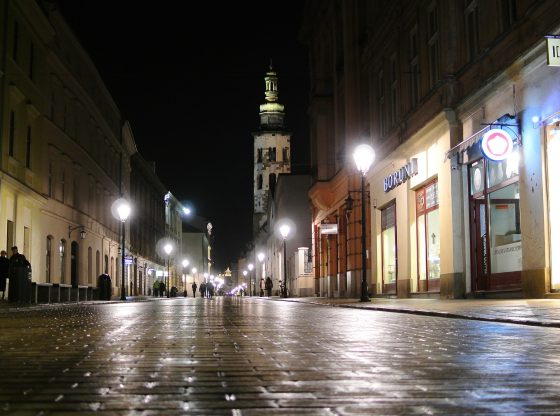 Since the introduction of the ‘16+1’ annual forum for meetings between the heads of state of China and sixteen Central and Eastern European (CEE) countries, observers have been scrambling to make sense of the format. For instance, eleven of the sixteen nations are members of the European Union (Poland, the Czech Republic, Hungary, Slovakia, Romania, Bulgaria, Croatia, Slovenia, Estonia, Latvia, and Lithuania), while five (Serbia, Montenegro, Albania, Macedonia, and Bosnia & Herzegovina) are not. This has led some commentators to conclude that 16+1 is an attempt to divide and conquer the EU, Chinese protests to the contrary notwithstanding.

So what does 16+1 amount to? Given that the leaders meet only once per year, how seriously is it to be taken? Does it constitute a Trojan horse donated with the Machiavellian intent of increasing Chinese geopolitical influence, or simply a geo-economic initiative designed to assist with the Belt and Road Initiative’s greater goal of improving Eurasian connectivity and infrastructure?

By contributing to long-standing European suspicions of ‘China threat’, the 16+1 has met with a cold response in Brussels.

There are numerous difficulties involved in trying to decide how much 16+1 adds up to. The first is simply the Chinese predilection for giving odd-looking numerical values to initiatives (e.g. ‘One Belt, One Road’, an alternative name for the Belt and Road Initiative) and policy directives (e.g. ‘three represents’, ‘eight-point regulation’, ‘1+2+3’, etc.). In this sense it is important to understand that ‘16+1’ may, as Macedonian scholar Anastas Vangeli points out, be mainly a symbolic formulation designed to promote and legitimise Chinese soft power in CEE, thereby shaping the region according to China’s needs.

Unfortunately, however, by stirring up a debate about Chinese intentions, the psychological impact of the 16+1 in the EU has produced a contrary result to the one anticipated by Beijing. By contributing to long-standing European suspicions of ‘China threat’, the 16+1 has met with a cold response in Brussels.

Adding to the negative press have been incidents such as the collapse in 2011 of a highway construction project in Poland and, more recently, controversy surrounding investments in the Czech Republic by CEFC, a Chinese private company. The detention in China of CEFC’s chairman, Ye Jianming, in early 2018, apparently for corruption, and the takeover of CEFC’s Czech investments by the state-owned CITIC group has generated yet more bad publicity. This only compounds existing negative local sentiments concerning China’s role in Tibet and Taiwan.

Still there are those who see China’s investments in CEE as an opportunity to be seized with both hands. Despite the Polish highway failure, Montenegro, Serbia and Macedonia have jumped at Chinese infrastructure investments, even if this means taking on large amounts of debt in the form of loans from Chinese state banking institutions.

Thus, another problem for the 16+1 is the nature of Chinese aid. When finance for infrastructure comes in the form of loans rather than grants, the suspicion is generated that China is trying to increase its political influence by leveraging long-term debt loads in individual countries. For instance, some say that the debt generated by a Chinese-built highway in Montenegro will be unsustainable for the Montenegrin economy. Yet since it is not an EU member Montenegro finds the promise of Chinese funding attractive in the medium-term.

On the other hand, Chinese loans are not attractive for the eleven CEE countries that are EU members, since they have access to more favourable financing from the European Central Bank and other financial institutions. Thus, it is not likely that Chinese ‘aid’ is a major factor in internal economic development for these nations. Indeed, Chinese investment, by all statistical measures, has up to now been far greater in the largest Western European economies (Germany, France and the UK) than in CEE.

In the face of such issues, most or all of which seem to have been unanticipated by the Chinese themselves, what is the purpose of the ongoing 16+1 meetings? When the sixteen divide into 11+1 and 5+1 groupings with quite different needs, and are not even particularly well-integrated with each other economically, politically, and in terms of transport connections, what does the 16+1 mean for them? And what does it mean for China? Above all, what can we expect from the 16+1 into the future?

The first point to make here is that it is not clear that the Chinese intention is to ‘divide and conquer’ Europe. For China, the EU is a marketplace for its goods and its largest trade partner: logically, therefore, it makes more sense to increase rather than undermine European unity, since improved connectivity is better for business. Chinese proclamations about improving infrastructure and connectivity through the Belt and Road Initiative, of which the 16+1 is seen as a component, can thus be taken seriously, even if it is not very clear how such goals are to be achieved since the Chinese have not been very good at identifying and explaining the on-the-ground specifics.

China, like the EU, sees CEE as a region in need of development. Thus, CEE fits in with Chinese notions of South-South cooperation, of which it sees itself as the global leader. The notion of CEE as a developing region may not match the CEE self-image, but nevertheless it is a factor.

It is not clear that the Chinese intention is to ‘divide and conquer’ Europe. For China, the EU is a marketplace for its goods and its largest trade partner. It makes more sense to increase rather than undermine European unity, since improved connectivity is better for business.

To assist in such development, Beijing assumes that assisting and integrating the non-EU five with the EU eleven is a natural step, in line with what the EU itself has long proposed. Privately, Chinese leaders must therefore be surprised at the negative reaction the 16+1 format has received in Brussels.

On the other hand, it is fairly obvious that the Chinese have failed to understand local sentiments and regulations, from EU bureaucracy through to cultural and linguistic differences among the CEE nations. This represents a major failing on their part, and seriously undermines the 16+1.

On a practical level, the 16+1 thus far has not achieved very much. Ironically, its main achievement (probably unintended by the Chinese) may have been to point the CEE countries in the direction of increased cooperation against EU strictures. In this sense, 16+1 looks a lot like a Chinese ‘divide and conquer’ strategy. But it is probably not an intended one.

From the European side, it would be better to find a balance between seeing China as a threat and as an opportunity, with the aim of adopting a more realistic stance. In all probability, China is capable of achieving far less through the 16+1 than Europeans seem to believe: Europeans would do well to understand this point and adapt to China’s presence accordingly, including instituting realistic measures at the national and EU-wide levels designed to encourage and regulate responsible Chinese investment in CEE and the rest of Europe.

Jeremy Garlick is Assistant Professor specialising in the international relations of China at the University of Economics Prague. Image credit: CC by Shevchenko Alexander/Flickr.

“Behind every Fascism”: Is Žižek’s appropriation of Walter Benjamin’s thesis applicable in India?
Positioning Central and Eastern Europe for Chinese investors? Qualitative characteristics of Chinese investments in CEE