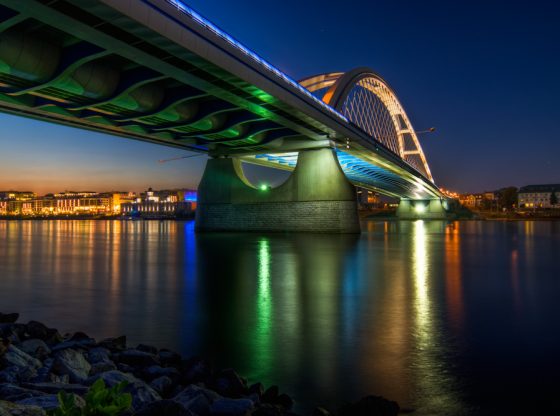 The change of Central and Eastern Europe (CEE) countries from centrally planned to market economy resulted in increasing flows of foreign direct investment (FDI) to these transition countries. During the transition, CEE went through radical economic changes which had been largely induced by foreign capital. Foreign multinationals realised significant investment projects in this region and established their own production networks. Investors, mainly from EU-15 countries, were attracted by relatively low unit labour costs, market size, openness to trade, and proximity. The first phase of inward Asian FDI came right after the transition: Japanese and Korean companies indicated their willingness of investing in Hungary already before the fall of the iron curtain. Their investments took place during the first years of the democratic transition.

After the Chinese government initiated the go global policy, which was aimed at encouraging domestic companies to become globally competitive, Europe – including CEE to a lesser extent – also became a target region for Chinese FDI (see here and here.) The role of Chinese FDl in CEE – compared with all the invested capital here – is still very small, but in the last one and a half decades this capital inflow accelerated significantly: although Chinese FDI was literally non-existent fifteen years ago in CEE, now its share in total FDI stock in CEE countries is between 0.2 and 2.4 per cent, where the highest percentage can be found in Hungary.

Considering the motivation of Chinese investments in CEE, the accession process to the European Union has been the most important driver that has spurred Chinese FDI in the CEE region, especially in the manufacturing sector. EU membership of CEE countries allowed Chinese investors to avoid trade barriers and CEE countries could also serve as an assembly base for Chinese companies. In addition to the membership itself, the prospect of their accession attracted new Chinese investors to the region: some companies made their first investments already in the early 2000’s, before 2004. New investments arrived in the year of accession, too. The second phase of Chinese FDI in CEE dates back to the global economic and financial crisis, when financially distressed companies all over Europe, including CEE, were in some cases acquired by Chinese companies.

Based on our research interviews, Chinese companies wanted to have operations in CEE which can either be linked to their already existing businesses in Western Europe or can help strengthen their presence on the wider European market.

When searching for possible factors that could make CEE countries a favourable investment destination for Chinese investors, the labour market is to be considered as one of the most important factors: a skilled labour force is available in sectors for which Chinese interest is growing, while labour costs are lower here than the EU average. However, there are differences within the CEE region as well; unit labour costs are usually cheaper in Bulgaria and Romania than in Hungary, Czech Republic, Slovakia and Poland. Corporate taxes can also play a role in Chinese companies’ decision to invest in the CEE region. Nevertheless, these labour cost and tax differences within the CEE region do not seem to really influence Chinese investors as there is more investment from China in Visegrad countries (Czech Republic, Hungary, Poland and Slovakia) – where labour costs and taxes are relatively higher compared to Romania and Bulgaria – than in Romania or Bulgaria themselves. An explanation for that can be found in the theory of agglomeration as generally OFDI in these countries is the highest in the region.

Although the above-mentioned efficiency-seeking motives play a role, the main type of Chinese FDI in CEE countries is market-seeking investment: by entering CEE markets Chinese companies have access not only to the whole EU market but also to markets of CIS, Mediterranean and European Free Trade Association (EFTA). Based on our research interviews, Chinese companies wanted to have operations in CEE which can either be linked to their already existing businesses in Western Europe or can help strengthen their presence on the wider European market. Another aspect of EU membership that has induced Chinese investment in Hungary is institutional stability (e.g., protection of property rights). It was important for early investors form Japan or Korea but was also one of the drivers of Chinese FDI due to the unstable institutional, economic and political environment of their home country.

Chinese investors typically target secondary and tertiary sectors of the CEE countries. Initially, investment has flowed mostly into manufacturing (assembly), but over time services attracted more and more investment too, for example in Hungary and Poland there are branches of Chinese banks as well as offices of some of the largest law offices in China. However, main Chinese investors targeting the country are interested primarily in telecommunication, electronics, chemical industry and transportation. Recently, their investments have also been motivated by seeking brands, new technologies or market niches that they can fill in European markets.

Based on our preliminary findings, Chinese companies also appreciate when a business agreement is supported by the host country government, therefore those high-level strategic agreements with foreign companies investing in Hungary offered by the Hungarian government could also be responsible for spurring Chinese investment into the region (see the article “Blowing from the East” here). Personal contacts were also important when choosing a host country in CEE. We found that in the case of Chinese MNEs’ motives in CEE, a significant role is devoted to institutional factors and other less-quantifiable aspects (see here and here). Besides EU membership, market opportunities and qualified but cheaper labour, important factors are the size and feedback of Chinese ethnic minority in the host country, investment incentives and subsidies, possibilities of acquiring visa and permanent residence permits, privatisation opportunities, as well as the quality of political relations and government’s willingness to cooperate.

Ágnes Szunomár is Head of Research Group on Development Economics, Institute of World Economics, Centre for Economic and Regional Studies of the Hungarian Academy of Sciences. Image credit: CC by Mirosla Petrasko/Flickr.

China’s impact in Central and Eastern Europe: how much is 16+1?
Central Europe-China (16+1) Co-operation: More Politics than Economics