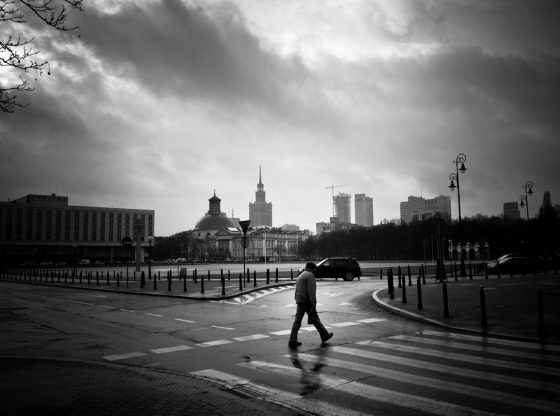 The Sofia summit in July marked six years of co-operation between China and Central and Eastern Europe (CEE), known as the 16+1 formula. The outcomes of such co-operation have been largely political in nature so far. Ultimately, it is one of China’s “multilateral bilateralism” mechanisms, which serves as a political tool.

China’s increasing interest in Central Europe is largely seen in the region as a positive trend. CEE has become more important for the PRC over recent years compared with decades passed when China was focused on Western Europe. Annual summits and lower level meetings give the sixteen countries possibilities for an intensive political dialogue with China. The best examples are the Balkans: their visibility in China has increased dramatically. The PRC’s engagement is also used as a bargaining chip vis-à-vis the EU. New EU enlargement perspectives in the Western Balkans might be, to some extent, a result of greater Chinese engagement with the region. The PRC is also presented as a possible alternative, in the case of disputes with the EU, as has been witnessed in the approach of Hungarian Prime Minister V. Orban.

In terms of positive results on the Chinese side, the country is now a significant player in Europe, diversifying its foreign policy portfolio. Despite the fact 16+1 was set up by previous Chinese leaders, the China-CEE format is an instrument for Xi Jinping’s “great power diplomacy with Chinese characteristics”. What is more, several CEE countries pursue policies favourable to China. Among them is Hungary which supports the PRC’s stance on the South China Sea and the granting of market economy status to China. Czech president M. Zeman pursues a pro-China approach as well, representing a U-turn compared to the previous Czech policy towards China.

There are also negative effects both for CEE and China. The EU expresses concerns that the continent is becoming China’s playground. At present it is argued that China uses 16+1 to prevent US-EU or even US-Russia co-operation against the PRC in the face of Trump’s anti-China policy. China’s opaque political and economic engagement in Europe (e.g. takeovers of high-tech companies in Western Europe, credit-based infrastructure projects and closer ties with CEE) are the reasons why the EU and members states (such as Germany) criticise the 16+1 as a divide-et-impera tool. China’s assertive policy has seen the EU’s China approach develop into a new kind of an engagement where resistance is more prominent. The best example is the ongoing work on the EU investment screening mechanism.

In terms of positive economic results, it is worth mentioning infrastructure projects in the Balkans. Indisputably the region needs infrastructural development, thus Chinese interest in this field is welcome. The projects are mostly reliant on Chinese capital (in this case credit and loans). Such capital is generally easier to get from China than the EU or IMF. While for the PRC, a positive effect is the expanding trade surplus with CEE, including exports of products and manufacturing capacities.

But this trade deficit is a significant problem for CEE. In addition, there are many non-significant Chinese investments and mergers and acquisitions. When it comes to infrastructure projects, Chinese proposals are based on credit from its policy banks, with requests for sovereign guarantees, and implementation by Chinese workforce and contractors. The credit may increase the host country’s public debt. Those concerns, known as China’s debt trap diplomacy (Montenegro is an example with its debt to about 80% of the GDP), as well as projects that are not always economically justifiable, are the reasons for EU criticism of China’s economic engagement. Furthermore, there are concerns that China’s involvement with non-EU CEE countries might pull those countries away from the EU. It is believed that problems associated with credit repayment may make a country dependent on the PRC, as with the situation in Sri Lanka.

Towards EU-isation, greater politicization and enlargement?

Since its commencement, 16+1 has been used primarily as a political tool by both China and CEE countries. The platform’s importance is upgraded or toned down depending on national interests. For example, the fourth summit in Suzhou (November 2015) was used as a shop window to demonstrate China’s hosting diplomacy, an important dimension of Xi’s foreign policy. At the time of the sixth summit in Budapest (December 2017) Prime minister Orban presented Li Keqiang’s trip to Budapest as a state visit rather than a visit to the 16+1 summit. That summit gave rise to speculation that the formula had reached its stagnation point. Such rumours were strengthened by Reuters reports that China was considering bi-annual summits.

But recently, China’s problems with the EU (investment screening, EU misgivings about the Belt and Road Initiative etc.) and the US (a trade war, CFIUS reform) has turned the tables. The Sofia summit was held a half year earlier than usual, just before the EU-China summit and Li’s visit to Germany. The shadow of China-US relations was visible in Sofia. Li in his speeches referred mostly to the US, but not necessarily to 16+1. In that sense, China leaned toward the EU in order to secure support against the US. China has neither confirmed nor denied Reuters speculation, while the literature of the Sofia summit discusses the next meeting in Croatia but does not indicate explicitly the year it will take place. It now appears the summit will take place late 2019 or early 2020, as Croatia’s first EU presidency stint begins in January 2020. The reason could be to combine 16+1 with EU-China agenda. But the 16+1 “EU-isation” is not a novelty. Since the second summit (Bucharest 2013), and in the face of EU and CEE pressure, China stated that 16+1 was an indispensable element of the EU-China strategic partnership. While at the third summit (Belgrade 2014) Li said that the 16+1 facilitates European integration.

Naturally, the guidelines adopted at the summits are political instruments as well. China and CEE try to write into those documents their own narratives or problems that need to be solved. The process of document negotiation is bumpy and similar to a China-CEE tug-of-war. But what has been added once then appears in the next set of guidelines. The PRC has added the Belt and Road Initiative, connectivity, e-commerce, etc.; while CEE’s elements include, Three Seas Initiative, Eastern Partnership, trade deficit and a rule to consult new observers for members’ proposals.

The latter is also an important factor in China’s juggling of the 16+1 with other interests. China’s charm offensive directed towards other countries as potential 16+1 members is not new. Since the Riga summit, 16+1 is being promoted as an open format. China is not only openly inviting other countries, but also trying to “add” them through the backdoor, inviting them into lower level 16+1 meetings. The PRC is also keen on people-to-people contacts. It seems that the goal is to bypass the CEE state administrations and to create circles of Chinese friends in CEE society. Despite criticism from EU and some within CEE (for example, Poland), the 16+1 remains a useful diplomatic instrument for China. The format’s significance will be upgraded or downgraded depending on the PRC’s interests.

Justyna Szczudlik is Head of Asia-Pacific Program and China Analyst at the Polish Institute of International Affairs (PISM) in Warsaw. Image credit: CC by gato/Flickr.