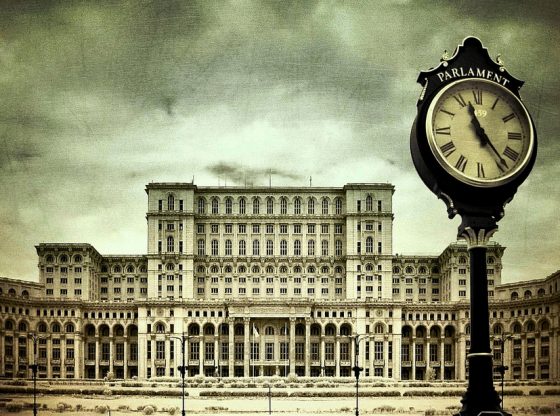 Since its reform and opening up forty years ago, China has developed tremendously, advancing from poverty to wealth, from weakness to power and from the world’s periphery to its centre-stage. For almost three decades, high investments and exports have been the engines that propelled its swift advancement. To continue developing, China must continue to sustain foreign investments and its own companies’ internationalisation. In the early 2000s China launched its going out policy, which has been upgraded, since 2013, to the more complex One Belt One Road (OBOR) strategy, renamed the Belt and Road Initiative (BRI) in 2017. Using the image of the ancient Silk Road, this strategy aims to link Asia, Africa, Europe and the oceans and seas between them, by modern hard (terrestrial and maritime), soft (agreements) and digital infrastructure.

Partly due to geographic and economic complementarities between China and Europe, but also due to European openness, large markets and outstanding technological prowess, Europe was targeted by China’s Belt and Road strategy. The economic development divide that is still present between its western and eastern (ex-communist) parts marked out two different, not openly declared, but quite obvious approaches to Europe within the BRI design:

(i) The rich, highly developed and technologically-advanced western European countries have been targeted for their high-purchasing-power markets, capable of absorbing large quantities of Chinese overproduction, and for their competitive companies which own state-of-the-art technologies, famous brands, and efficient distribution networks able to speed up, once taken-over by Chinese groups, the building of the future Chinese innovation-driven economy;

(ii) Beside also absorbing growing quantities of Chinese goods, the less developed, central, eastern and south-eastern European countries (CEE16) seem to have been envisioned primarily as a transit space for the Chinese exports heading west. To cut transport time and costs, CEE16 were to be offered apparently inexpensive Chinese loans for new infrastructure investments, under specific terms and preconditions, tapping into both their need for infrastructure development and their comparatively friendlier stance towards China. At a later stage, following Chinese investments – either in the form of take-overs, greenfield projects, or re-locations of Chinese industrial overcapacity – some of these countries could also become China’s manufacturing bases in Europe, capitalising on their lower local production costs, skills and proximity to the western markets.

Since 2013, the 16+1 format has been subsumed into the BRI implementation endeavour in Europe. Still, except for repeated Chinese official rhetorical announcements of huge investments earmarked for the CEE16 region and some achievements in terms of political cooperation and institutional building, there are only modest accomplishments to cite so far. Regarding the most important 16+1 component, the economic realm, the promised investments in the CEE16 infrastructure and industrial development, and the expected boost in the economic cooperation, bilateral trade and GDP growth, are far less significant than expected, or recorded in western Europe. A quick overview reveals the following in relation to infrastructure development, industrial development, and China-CEE16 trade.

Infrastructure development. After five years, there are just a few completed projects (a bridge in Serbia, a highway in Macedonia) and not many others underway. Almost all of them are in the Balkans, where there is a shortage of alternative sources of investment capital, while the strict EU rules don’t yet apply. Additionally, there are many interrupted, or failed projects. The flagship Belgrade-Budapest speed train is under investigation for breaching EU rules. Moreover, the new, spectacular speed track, meant to showcase China’s technological capabilities and its modernising role in the EU’s periphery was replaced by a modest, cheaper project that involved simply modernising an existing rail connection.

This infrastructure development underperformance stems from an inadequate Chinese financing offer, which:

(i) didn’t take into account the CEE16 countries’ specific conditions, priorities and interests, or any efficiency criteria, selecting routes according to Chinese strategic goals;

(ii) tried to transfer all the risk to the borrowers (e.g. by requiring sovereign guaranties, avoiding Chinese involvement in the operational stage of the completed investments etc.);

(iii) tried to extract all the benefits for the Chinese side, by linking the interest rate for loans to preconditions that provided orders and fostered job creation back home in China rather than in the borrowing country, or the nearby region (e.g. by demanding that the financed project is implemented by Chinese companies, with Chinese equipment, materials and labour, skipping tendering);

(iv) crowded out other competitors, locals included. It is documented that 89% of all the contractors involved in BRI infrastructure projects are Chinese companies, mainly SOEs;

(vi) attempted to circumvent the EU competition and procurement regulation;

(vii) completely disregarded the fact that 11 of the 16 countries were EU members and, as such, they benefited from a large choice of more advantageous EU financing programmes, including considerable grants and, therefore, they would not be interested in a less attractive Chinese offer that in some cases required breaching of EU regulation.

Industrial development. All the CEE16 hoped for substantial Chinese outbound direct investments (ODI) in their economies, primarily greenfield investments and technology transfers, but so far, it is the industrial takeovers (and there are not many of those) that have prevailed. Looking at the larger picture of the Chinese ODI dynamic in Europe after the global economic crisis (2010-2016), one discovers an impressive upswing of investment flows towards the western part of our continent (EU17), coupled with their significant decline in the CEE16. It is notable that the amounts received by the CEE16 region from China account for just a small fraction of those directed to the EU17 group, a fraction that has got even smaller after the launch of the 16+1 and BRI, that were supposed, on the contrary, to give a boost to the CEE16 emerging economies (Table 1). Therefore, Chinese investments in CEE16 could be hardly considered worrisome, but their presence might exert a growing influence in certain economies, if China becomes one of their main foreign investors.

China-CEE16 trade. The strengthened China-Europe connectivity that followed the establishment of the permanent express freight train connections between Chinese and European cities did help increase the total trade volumes, but it also aggravated the imbalances between trade flows, so that all the CEE16 countries and the great majority of the EU17 ones are now running growing trade deficits with China. Moreover, some of the countries (e.g. Romania) that had managed to scale down their deficits during and after the global economic crisis, have seen them rebounding after the 16+1 and BRI launch.

Increasing only marginally between 2010-2016, the China-CEE16 trade accounts for as little as 11% of the total China-Europe trade and for little under 12% of the overall China-EU17 exchanges (Table 2). Despite a marginal rebalancing, the largest trade volumes are still those between China and the EU17 countries (around 90%) and, as such, the competition among the CEE16 to become China’s bridge, springboard, gateway or door to the EU17 market seems both naïve and dangerous, to the extent it leads to a race to the bottom.

In our view, China is obviously already very present in the EU17 markets, more present than in the CEE16, and its presence will further intensify as Chinese companies use any existing or emerging pathways to it, without granting any delusive exclusivity. CEE16, and Europe as a whole, should capitalise on the 16+1 and BRI opportunities, but they should not capitulate in front of a clever partner’s strategies without doing their best to improve the partnership terms. The key to adjusting both the 16+1 and BRI functions so that they render true win-win results, is to speak with one voice, the EU voice.

Sarmiza Pencea is a Senior Researcher at The Institute for World Economy of the Romanian Academy. Image credit: CC by Josef.Stuefer/Flickr.