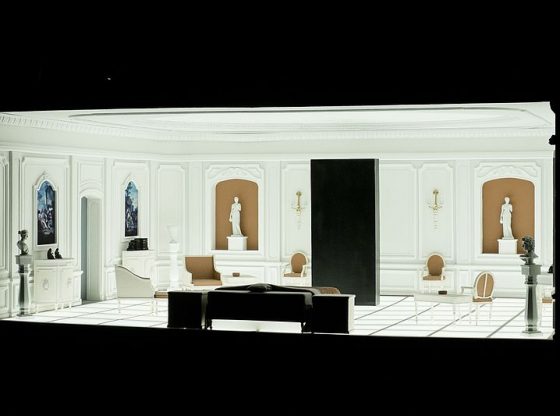 Although unknown by many in the UK, every year at the two major international film festivals in China (Beijing & Shanghai), a selection of British films are selected as part of the screening programme, alongside local films and films from other countries. Which British films have been shown at these two film festivals, and how have they been received by the Chinese audience is an under explored topic. This knowledge can provide useful insight not only as market intelligence to support increasing film exports from Britain to China, but also for the UK’s modern cultural diplomacy.

On many occasions, the UK repeatedly emphasises a new international relations approach towards China, to encourage the actualization of the yet to be achieved ‘Golden Era’. Despite their disagreements on international politics and different understandings in ‘human rights’, China is always open for business and further collaboration with the UK. Arguably, it is the UK that needs to refresh its mindset and strategies. Just as how most ordinary British citizens know little about contemporary China, the majority of Chinese citizens know little about contemporary Great Britain apart from perceiving it as another empire that once insulted the nation. For those who have not travelled to or lived in the UK before, most of them are not familiar with modern British culture. Watching British TV series and films becomes the most direct way for Chinese citizens to learn about the UK.

In recent years, the Chinese government has invested much effort to understand how Chinese films have been received by its overseas audience. Research has been conducted by Chinese universities, to support a more effective soft power export via film, following Hollywood’s model. Similar research efforts are invisible from the UK side. With combined efforts from the British Council, British Film Institute and other parties, there have been several special screening and trade events of British films across China. Despite these efforts, as reflected by one of the surveys below, Chinese cinema goers continue to have a rather fragmentary knowledge about British cinema, its history, and artistic and cultural characteristics. If the British film industry is looking to expand its export to the Chinese market, this lack of knowledge among general Chinese audiences about what British cinema can offer is something in which cultural organisations may want to intervene.

Figure 1 is a list of all the British films that were showed at Shanghai International Film Festival (16 – 25 June) this year, alongside its public rating found on Douban – a popular data site used by most Chinese film fans for reliable film reviews.

Fig. 1: List of British Films at Shanghai International Film Festival 2018 (in order of rating on Douban)

The selection of British films at Shanghai International Film Festival this year comprised two parts, the first, general submission by British film companies; the second, a collaboration between the British Council and the festival in order to curate a specific screening section titled “Britain x Women x Literature Films”. While the general submission selection was not the most impressive line-up, we can only imagine that the festival did not attract many new British films to participate this year. There was very little media coverage published on both sides about these films’ presence in China, and out of two films that premiered at the festival, documentary film Back to Berlin performed better than the other. However, according to Figure 1, the highest general rating of all films shown at the festival goes to Stanley Kubrick’s classic 2001: A Space Odyssey (although financed and directed by an American director, 2001 was filmed and edited almost entirely in England by a British crew, with a script based on Arthur C. Clarke’s The Sentinel). Though, arguably, this might not be a beatable record across the world, this also reveals that knowledge of a British classic among Chinese audiences has not been updated, despite the many great British films released since 1968.

As I have written elsewhere regarding the golden opportunity for British films in Chinese video on demand,  none of the recent British films shown at the Shanghai film festival made it into any Chinese VOD platforms afterwards, apart from three of the older films, two of which were co-productions with the US. This is one sign of failure in terms of British film sales, if we see the festival as a major international trade platform to enter the Chinese market. For such an important annual showcase opportunity, how can British films promote themselves better, and what strategies can cultural institutes adapt to support British film’s further export to China? These questions deserve great attention and a specialist team to work together. A serious dialogue between the British Council, British Film Institute, the Department for Digital, Culture, Media & Sport, and the Department for International Trade needs to take place, constructing a plan to be followed by each of the parties involved.

With the help of two university students, Wenxin Xie and Yang Chen from Tongji University in Shanghai, we conducted a basic audience survey during the film festival period, to find out what the Chinese audience think of British films in general as well as those they watched (see appendix below for detailed results). As we can see from the survey results, for a relatively young group of film festival attenders (over half of the total surveyed audience were between 20 – 40), almost half of them go to the cinema every month. Sadly, though, their general knowledge about British cinema is not positive. As Q3 reveals, the festival audience mostly prefer to see domestic Chinese films, films from other Asian countries, or films from other European countries. About 6 percent of the surveyed audience preferred British films over other given choices. The disappointment becomes more obvious when over half of the audience surveyed did not know that they were actually watching a British film (Q5), and only 37 percent of them attended the screening because they generally appreciate British culture (Q6).

On a positive point, cultural differences do not seem to put off the Chinese audience for further encounters with British cinema as showed by Q7 and Q8, although most of them continue to perceive British culture as ‘traditional’ and ‘conservative’ (Q14). While over 50 percent of the audience surveyed have at least read and watched more than one piece of British literature and film, this figure is in fact much more positive if we reverse the question to be asked about Chinese literature or film at BFI’s London Film Festival.

British films have a lot to offer, beyond their home audience, as demonstrated by Loving Vincent (2017) which won the Best Animation Award at last year’s Shanghai International Film Festival. To continue improving Chinese audiences’ knowledge of British film, their history and contemporary talent, more constructed public relations campaigns and transparent market research are required. Film is an important medium to practice modern cultural diplomacy, therefore its effectiveness in cross-cultural communication cannot be understated. The necessity for British films being more present in China – at festivals, cinemas and digitally via VOD – is helpful not only for an immediate economic benefit, but also as a people’s mission to promote mutual understanding between the two countries.

Hiu Man Chan is a PhD candidate at the School of Journalism, Media and Culture, Cardiff University, while working as Research Assistant at the Centre for Chinese Visual Arts, Birmingham City University. She is Series Editor of Intellect China Library and columnist for the UK-Chinese Times. She tweets @H_onfilm. Image Credit: Wikimedia Commons.