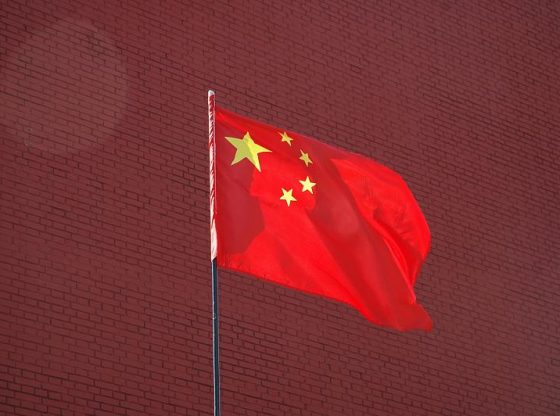 China’s leaders came early to the Internet even if the Internet did not come that early to China. In the late 1970s and early 1980s, when China was just embarking on Deng Xiaoping’s Four Modernisations programme, Chinese intellectuals and political leaders, including reportedly Deng himself, were immersing themselves in the writings of left-wing US futurologist Alvin Toffler. In works such as The Third Wave and Future Shock, Toffler was uncannily prescient in identifying how Information and Communications Technologies (ICTs) would transform human existence and give rise to a new Information Age. In the early 1980s Jiang Zemin, Secretary-General of the Chinese Communist Party from 1989 to 2002 but then Minster for Electronics Industry, gave a speech in which he characterised ICTs as constituting “the strategic high ground in international competition.” Significant investments were made in China’s electronics industry which grew at double the rate of the rest of the economy. In 1994 China was connected to the Internet.

Initially, China was heavily dependent on collaboration with western – almost exclusively US – companies to develop the communications infrastructure, computer hardware and software needed to create a national network. That collaboration worked well for all parties. US technology majors such as Apple and Intel derived significant economies of scale by situating much of their basic manufacturing in China while seeing China’s own market potential as irresistible. China got easy access to the technologies they needed. Microsoft software –even if much of it was pirated – became China’s industry standard.

Awareness of the risks to Chinese national security of growing dependence of a US technology that was a substrate underpinning all aspects of national life was evident from the outset. The key threat was seen as the capacity of the Internet to serve as a vector for “subversive” ideas challenging the dominant narrative of the Chinese Communist Party. In 1997 the State Council promulgated regulations banning various forms of online incitement that were so broad-brush as to cover any behaviour the authorities disapproved of. In 1998 the Golden Shield project was initiated with the aim of achieving control over online communications: a subset of this project was what came to be dubbed “the Great Firewall of China” designed by academician Fang Binxing, and which monitored and filtered or blocked externally-generated content. Through a combination of monitoring messages using an army of censors; real-name registration; imposing on service providers the obligation to police content on their networks; and progressively cracking down on celebrity bloggers or Big Vs, the Chinese state has achieved a level of information dominance whereby offending social media posts can be taken down within minutes of being posted.

China has also sought to use its growing economic and digital power to shape the global cyber governance and security environments in line with its interests. Internet governance evolved organically driven largely by individuals and groups concerned with solving engineering problems. This so-called multi-stakeholder model has come under increasing challenge from states, predominantly though not exclusively authoritarian, which have sought a governance arrangement that affords a pre-eminent role to national governments under a United Nations umbrella. China, while paying lip service to multi-stakeholderism, has coined the term “multilateralism” to describe its preferred top-down state-led model. The country has similarly been an energetic advocate for reform of the Domain Name System (DNS), the Internet’s global address book, managed from 1998 to 2016 by the Internet Corporation for Assigned Names and Numbers (ICANN) under the purview of the US Department of Commerce. For China, fearful that the USA might in extremis cut it off from the Internet, the transition of ICANN from US government control to an international NGO, is simply a first step in reducing US influence in this key area.

The issue of cyber sovereignty arose in the context of a discussion of cybersecurity that has taken place within a UN Group of Governmental Experts (UN/GGE) under the First Committee. The UN/GGE came about from a Russian initiative in 1998 to address the perceived threat from “information weapons”. After several inconclusive rounds, the UN/GGE produced a consensus document in 2012 which stated that existing international law applied in the cyber domain as did the concept of state sovereignty. This compromise statement incorporated the chief concerns of the US and its allies – the like-minded- and Russia and China for whom the right to control online activity within their sovereign territories was of paramount concern.

For China the importance of cyber sovereignty was reinforced by the revelations, beginning in 2013, of rogue NSA contractor Edward Snowden. In a society as opaque as that of China, it is impossible to state with confidence how much of the capabilities revealed by Snowden were known to China’s intelligence community or leadership. In all likelihood, the Chinese intelligence services may have had a general idea of what these capabilities amounted to but, as was the case with many non-Five-Eyes western agencies, will have been discountenanced by revelations about the precise extent of the NSA’s reach. The Snowden revelations appeared to constitute an inflexion point in the thinking of China’s leadership, reinforcing their conviction that China needed to exercise tight control over its “information space” whilst reducing dependence on US hardware and software, a key objective of the Made in China 2025 programme.

Since then cyber sovereignty has been a core tenet of Chinese Internet policy. But China is taking more proactive steps to erode US technical dominance by aspiring to become a world-leader and technical standard setter in new technologies such as 5G and the Internet of Things (IoT). As part of its Belt and Road Initiative China is also providing states, especially in sub-Saharan Africa, with core networks provided, and sometimes run, by national ICT champions Huawei and ZTE. Such activities have multiple objectives but one of them is to promote China’s vision for the Internet as something that becomes increasingly globally normative.

Nigel Inkster is a Senior Advisor at the International Institute for Strategic Studies. His research portfolio has included transnational terrorism, insurgency, transnational organised crime, cybersecurity, intelligence and security, and the evolving character of conflict. He has written and broadcast on all of these topics and has also been engaged in a variety of para-diplomatic activities on behalf of the UK government, including leading a Sino-UK Track 1.5 Cyber Security Dialogue. Image Credit: CC by Philip McMaster/Flickr.

From MDGs to SDGs: where next for Bangladesh?
Gender equality, climate change and the myth of participation: The case of the Maldives