China and the Internet: Great Firewall or Panopticon? 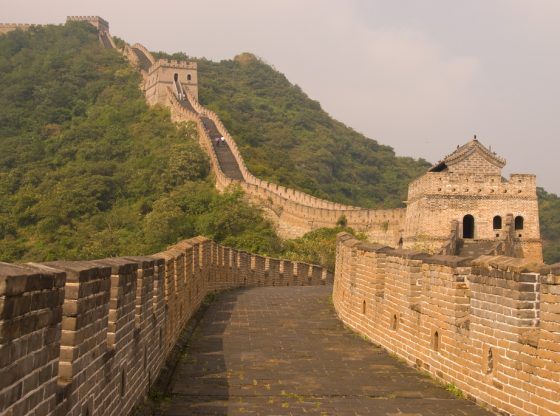 The Chinese government operates one of the most extensive systems of Internet censorship anywhere in the world. Colloquially referred to outside the country as the Great Firewall of China the term is something of a misnomer since rather than a ‘firewall’ there is an extensive set of mechanisms Chinese authorities use to effect control of the internet, ban and block websites, filter content and conduct monitoring and surveillance of users. Much of the surveillance system (known as the Golden Shield project) was set up by Deng Xiaoping in the aftermath of the 1989 Tiananmen Square protests and is most visible in the proliferation of CCTV cameras across the country. The term Great Firewall, however, was adopted not by the Chinese government itself but was coined by Wired magazine in 1997 to refer to the processes that were already underway to regulate internet activity in the then much more nascent Chinese Internet. Where the term resonates most usefully, however, is in the sense that it reflects a desire by the Chinese Communist party to protect China from the ‘spiritual pollution’ of the World (sic) Wide Web. The Internet then would not be the free-wheeling libertarian cyberspace celebrated in American literature but, as first broached in a 2010 White Paper, be fully under the sovereignty of China. How would that be accomplished in practice? Well, since all of the (approximately) 14 global access points to the Internet beyond China’s borders are controlled by the Chinese government, or by state-owned enterprises, the Chinese government is uniquely capable of using these access points for Intrusion Detection Systems that conduct keyword filtering of content passing through those points.

How does the filtering work?

The Golden Shield project was initially envisaged as a comprehensive nationwide digital surveillance network linking national, regional and local security agencies with a panoptic web of surveillance. However, the rapid growth of the Internet shifted the locus of control to restricting what individual users could access using filtering technology at the main network gateways into China. This filtering technology was originally deployed at three layers. The first layer worked to block specific domain names (e.g. Facebook, Twitter, Google); the second layer blocks specific IP address (about 1/3 of about 19,000+ that are routinely monitored and the third layer is the blocking of key terms in a URL (Unique Resource Locator) e.g. the use of ‘Tiananmen Square massacre’ in a Wikipedia page. Beginning in 2011, however, the sophistication of Chinese internet surveillance took a major step forward with the launch of Deep Packet Inspection (DPI).

When information is sent on the Internet all that information is broken into ‘packets’ of data. Internet routers read the labels on those packets in order to establish what they are, who they are from, and where they are going to. This is how the firewall on a regular router determines between an email from your Mother and one from a Nigerian Prince offering to share his millions with you. It is Deep Packet Inspection that helps your Internet Service Provider block the spread of computer viruses, identify illegal downloads and prioritize data transmitted by bandwidth-heavy applications such as Netflix.  However, without strict limitations on user privacy DPI can significantly affect your ability to remain anonymous online and so the Chinese government’s ability since 2011 to search packets of data for certain keywords has had major implications. Most notably Chinese authorities have used DPI searches to stop Chinese citizens from using Virtual Private Network software to circumvent existing Internet filtering. Virtual Private Network software has been a tool frequently used by human rights and civil society activists in authoritarian countries worldwide and such software has routinely been provided by democracy advocacy groups.

Perhaps the best illustration of how successful the Chinese government has been at creating a hybridized ‘local’ Internet (or Chinese Intranet) has been the dramatic explosion of Chinese social media. While outside China Facebook and Twitter are synonymous not just with social media but even arguably with the Internet itself, in China there are almost unknown because they have been blocked by the Chinese government. However, this has not dented the popularity of social media. Instead, their place has been filled by Chinese equivalents with over 77% of Chinese internet users active on at least one social media network. The Largest are Q Zone, with approximately 850 million users, and Weibo with over 400 million active monthly users. In addition, over 90 per cent of all internet users use an online instant messaging service with WeChat the most popular with over 900 million daily users. While side by side comparisons are difficult to make because the software is not the same, and Chinese characters are not comparable to Roman-Latin script, Weibo is most frequently compared to Twitter not least because of the emergence of a cadre of influential Weibo commentators (called ‘Big V’) with millions of followers. So like Twitter is Weibo full of political commentary, critique and conspiracy? And is it censored?

Academic interest in Chinese censorship has grown apace as reports of intensified crackdowns on internet expression under Xi Jinping have mounted. Among the most influential is a study by King, Pan and Roberts (2013) that looked at the how quickly critical social media posts were removed. For their study, 11 million posts from 1300 social media sites were collected of which 127,000 were selected for further analysis. While overall only 13 per cent of posts were censored interestingly they found that posts that were critical of government policy or corruption were surprisingly not significantly suppressed. Instead, the government’s principal concern was to shut down any posts that called for protests. Where there was the possibility of ‘collective action potential’, over riots in Inner Mongolia, Zengcheng, or over the arrest of Ai Wei Wei, over 60 per cent of the posts were removed. What King et al argue is that the purpose of censorship in China is not to suppress criticism of the Chinese Communist Party, or indeed the government, but to prevent the possibility of people organizing protest movements. Such findings do appear to confirm many other anecdotal and colourful examples of Chinese protest online and suggest the Chinese government sees the value of the Internet as a mechanism for allowing the public to ‘let off steam’. Moreover, the use of periodic harsh sentences against individuals found to have violated Chinese Internet laws is clearly meant to couple with the deployment of the overall ‘panopticon’ so that the Chinese netizens themselves remain the principal tool in the Chinese government’s enforcement of its Internet surveillance and control. In other words, if you think Big Brother is watching you, you may think twice about what you search for, what you ‘like’, what you read, what comments you make, and what you download.  If the Chinese Internet user polices themselves for fear of punishment, then the Great Firewall has worked.

Gender equality, climate change and the myth of participation: The case of the Maldives
Sexual harassment and the problem of gender inequality in Japan