Tech Giants’ Agenda Is at Odds with CCP Priorities 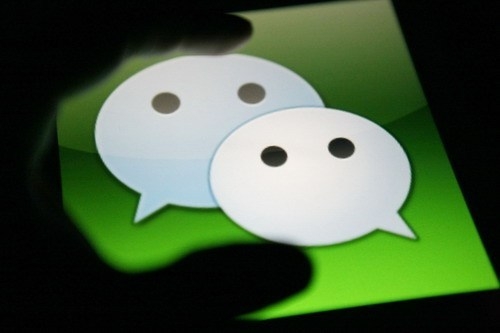 The digital may seem like a solution to all the problems of the Chinese government. By digitizing all sectors of the economy and public services, the state is hoping to boost economic development in rural areas, lift administrative burdens and remove bribery opportunities, solve bottlenecks in the medical system, and get a more incisive knowledge of the thorny issues in society before they escalate into full-fledged disorder. With this plan, it seems that the Chinese state might soon become omnipotent. But for a lack of budget and competencies, the Chinese state outsources much of these services to private companies, often Alibaba and Tencent. It relies on these companies for new features in essential state functions like policing and surveillance (facial recognition), for health care, and possibly soon for electronic ID cards.

For these companies, this represents a potentially huge source of revenue with the added benefit of access to users’ data, which in turn helps them improve their technology and marketing. At the same time, they are requested to serve the public interest in very unusual ways. Not only do they have to conduct censorship at their own expenses, but they are also expected to contribute to the state’s digital strategy, for instance by rescuing the state-owned telecom company China Unicom, with their own capital and know-how. Company leaders have occasionally hinted at this increasing symbiosis. Alibaba’s Jack Ma famously stated at the 2015 Davos meeting, “be in love with them, but don’t marry them.” Sogou’s CEO Wang Xiaochuan is said to have declared in March 2018 “We’re entering an era in which we’ll be fused together. (…) You can receive massive support. But if it’s your nature to want to go your own way, to think that your interests differ from what the state is advocating, then you’ll probably find that things are painful, more painful than in the past.”

This juncture of interests is notably achieved by coopting corporate leaders as members of political institutions, which gives them access to key decision-makers. For instance, Tencent’s Pony Ma is a member of the National People’s Congress. Robin Li of Baidu is a member of the Chinese People’s Political Consultative Conference, along with other tech CEOs.More concrete measures, like a 2016 restriction on foreign ownership of online publishing, show how the authorities are keen to bring this sector closer to their chest. In March 2018 companies listed abroad were encouraged to re-list in China, officially to “fully implement and fulfil the spirit of the 19th Party Congress.” The government has also discussed the purchase of 1% ownership of tech firms such as Tencent, in the form of “special management shares,” which grant the right to intervene in operational decisions.

Actually, that these efforts are needed only highlights that the interests of private companies are structurally not aligned with the interests of the government. When it comes to policing online behavior, social media companies have a serious disincentive to comply. Their business model is inherently based on hosting vivid conversations, and the largest possible number of users. This explains why major social media companies dragged their feet to implement the now ubiquitous real-name system, which meant the cancellation of millions of unverified accounts. They also tend to tolerate clickbaity content, including pornography or sensitive issues, until they get a tap on the wrist during clean-up campaigns. Similarly, private companies’ interests in terms of data collection differ greatly from the state’s. For years, lax personal data regulations have given a lot of room to China’s online services to explore innovative business models and marketing strategies, until the sheer scale of identity theft and fraud became an issue of social stability and called for regulatory measures.

In early 2018, both Alibaba and Tencent got caught in privacy-related controversies. Tencent denied storing users’ conversations, even as these exchanges are often produced as evidence in courts. Alibaba massively signed up users for the Sesame Credit service. The public outcry signalled a change of wind in a public generally considered as more tolerant towards uses of personal data. The Sesame Credit incident also manifested a fundamental divergence of views between Alibaba’s subsidiary Ant financial, and the authorities, in the establishment of a Social Credit System. Alibaba was initially encouraged by the People’s Bank of China to develop a trial scheme to measure citizens’ ability to repay their debts. But Sesame’s algorithm rounds up users’ data far beyond financial criteria. For this reason, the PBOC did not issue a license for Sesame Credit or any similar service, leaving these trial schemes in a legal limbo.

In addition, companies in China are vulnerable to bureaucratic hiccups. What can or cannot be done is not always clear. Tencent recently had to pull their blockbuster game Monster Hunter: World only days after its China launch, because it was reported for violent content. And, after a recent administrative reshuffle, China has stopped issuing new licenses for gaming, affecting the earnings and stock valuation of tech giants like Tencent. The divergence of interests between corporations and the state also plays into the dynamic of competition between tech companies. For example, the anti-rumour campaign in 2013 marked the decline of Sina’s dominant microblogging service Weibo, and the rise of Tencent’s instant messaging Wechat, which offered an apparently more “private” platform for sharing opinions. Earlier, studies have shown that the choice to let WIFI dominate the market, over the native WAPI, was a lobbying victory for Chinese manufacturers producing for global markets, against domestic-oriented competitors and regional governments.

Paradoxically, this complicated context is sometimes an advantage for Chinese companies in the face of foreign competition. Their employees seem savvier at navigating the complex politics of the Chinese fragmented administration, while Facebook and Google‘s efforts to get back in the Chinese market have been caught between various local interlocutors, in addition to the reputation issue vis-à-vis their stakeholders and customers at home. However, this advantage can turn into a liability as Chinese companies ambition to conquer new markets around the world. Their ability to censor content and collect information at the state’s demand, even beyond Chinese borders, is likely to raise important trust and reputation issues. Last year, the Citizen Lab in Toronto revealed that Wechat censors differently its Chinese and foreign users, but Chinese accounts travelling to Canada are still subject to the same censorship as inside the country, creating an unsettling extraterritoriality.

Chinese companies like Megvii and Sensetime are at the forefront of innovation in face-recognition technology, notably thanks to access to government data that helps train algorithms. Overseas, they will need to show that they can be trusted with sensitive personal data, if they want to avoid the fate of Huawei, repeatedly banned for public procurement in the US and Australia. China’s tech giants are the country’s pride and strength as a new digital power. But being subject to high expectations from their customers and partners in China and beyond, they are also the most likely to resist Beijing’s centripetal forces. The pushing and pulling mostly happens behind closed doors, but it seems clear that there is no such thing as one’s omnipotence in the matter.

Séverine Arsène is a political scientist and China scholar. Her research focuses on the Chinese Internet and digital policy. Currently the managing editor of AsiaGlobal Online at the University of Hong Kong, she is also a member of the editorial board, and former editor in chief, of China Perspectives. Image Credit: CC by 禁书 网/Flickr.