Moments of hope from the Section 377 ruling 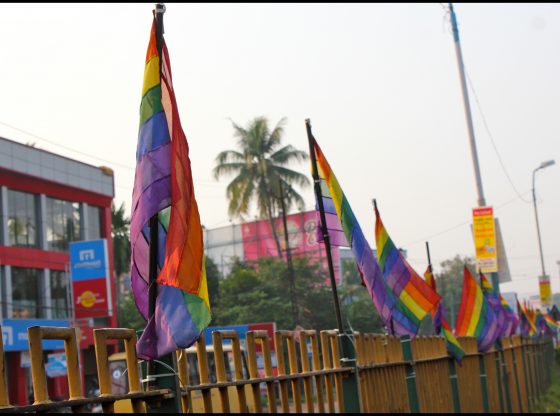 History has been made. In four different, but concurrent, opinions, the Supreme Court of India has repealed IPC Section 377,  decriminalising consensual same-sex acts on a federal level. Just five years after the previous Supreme Court ruling that upheld the constitutionality of 377, this is a remarkable turnaround that has galvanised millions and has finally removed an oppressive colonial hangover from the 1860’s.

the judgement is a progressive ruling that is a major victory for the queer community, the wider decolonisation movement, the protection of marginalised voices, and the champions of judicial independence. It must be recognised and celebrated as such, but without overstating its impact. There is still work to do.

The full judgement is a 493-page piece of judicial craftsmanship that centres the dignity and self-determination of the queer community, acting as the self-same apology to the community quoted by Justice Indu Malhotra in the judgement. While the full ramifications of the decision are yet to be felt, here are some key points to bear in mind moving forward:

At the heart of the judgement is a recognition that Section 377 is a construct of India’s colonial past. Of the 71 countries that continue to criminalise homosexuality – 72 before this morning – 36 are in the Commonwealth of Nations and share a history of British colonial control. All 36 of these nations have been subject to variations of Section 377 and many of them retain the original law in their current penal codes, including India’s neighbouring post-colonial states.

The original decision was made from the viewpoint of Victorian Christian morality, penalising all forms of sexual acts that were not strictly penile-vaginal. The implementation of the law came to target the queer community due to their visibility of being outside the heteropatriarchal norms envisioned by the colonial powers. In practice, the law became about protecting narrow notions of acceptability rather than considering things such as due process and individual agency.

Justice Chandrachud specifically pointed out that “[c]onstitutional morality, not societal morality, should be the driving force for deciding [the] validity of Section 377”, thus making it abundantly clear that same-sex acts of intimacy are afforded the same protections constitutionally as heterosexual intimacy.

Crucially, the wording of this judgement allows the victory to be recognised as a reclamation of India’s own queer heritage as part of its wider project of post-colonial nationhood, something that provides both a workable model and a fiery beacon of hope for similar decolonisation projects elsewhere.

One of the earliest indications that this judgement would be possible was when the Supreme Court (in an unrelated ruling on privacy in 2017) explicitly mentioned sexual orientation as an inherent characteristic that should be respected. While acknowledging that privacy can be limited by extenuating circumstances, the decision explicitly stated that these circumstances must not be discriminatory or impede on individual dignity.

Article 21 of the Indian Constitution holds the right to dignity and privacy as fundamental and the Justices reaffirmed that contravention of that right based on sexuality is discriminatory. This is vital for a number of reasons. First, it insulates the judgement against criticisms from opponents whose arguments are couched in terms of bigotry and oppression.

Second, it makes it explicit that sexuality is a part of identity that is deserving of protection, thus extending the application of the repeal to affect things such as police harassment, hate crimes and blackmail, three challenges that the community has faced without being able to challenge offenders due to the fear of outing themselves in the process.

Finally, it makes a distinction between sexuality as a part of individual dignity and privacy without conflating it with (or legalising) paedophilia, bestiality and forced or non-consensual acts. This not only pre-emptively undercuts criticisms that are based on stoking fear (as was seen during the recent Australian marriage referendum) but also opens protections against acts such as rape for the queer community.

The Trans and Third Gender Communities

On the one hand, this ensures that the legalisation of same-sex intimacy cuts across gender identity. On the other hand, it also leaves open the possibility of building on this judgement to further rights for these communities, in the same way that the privacy judgement had been used to build towards this repeal.

The timing of this is crucial. While the judiciary moves towards progressiveness, the legislature and the executive are debating a proposed law that goes against trans self-determination. The Transgender Persons Bill, sold on the global stage as a way to protect the community, is actually quite regressive in that it relies on biological essentialism rather than self-identification as the main form of trans determination.

It removes the ability of the individuals to express their autonomy and their agency, relying on the “expertise” of a medical panel using outdated notions of gender in order to access its protections. In stark contrast to that, the 377 ruling’s references to trans and third gender identities are much more nuanced and supportive of the community itself.

The Transgender Persons Bill is the most glaring concern facing the community in the wake of the successful repeal of Section 377. But it would be foolish to characterise that as the only struggle. The Supreme Court judgement must now be implemented on a societal level to remove stigma and actively work against systemic injustice.

Other concerns will inevitably include marriage, something that was consciously left out of the current judgement and would have undoubtedly created an atmosphere of outright dissent from the religious communities and the Government. (As it is, only three Christian groups protested during the trial.)

The victory must also not be used as a form of deflection; it is vital for activists to continue pressurising the Indian Government for its wider rights record, including against the queer community. This was a win for hard-working individuals who fought against entrenched oppressions and injustice, not a homonationalist narrative of state-sanctioned rights.

At the end of the day, the judgement is a progressive ruling that is a major victory for the queer community, the wider decolonisation movement, the protection of marginalised voices, and the champions of judicial independence. It must be recognised and celebrated as such, but without overstating its impact. There is still work to do.

Ibtisam Ahmed is a final-year Doctoral Research Student at the School of Politics and IR, the University of Nottingham. A member of the Asia Research Centre, his thesis aims to be a decolonial killjoy which deconstructs the utopia of the British Raj and refocuses the narrative on anti-colonial and indigenous utopias instead. Image Credit: CC by Flickr/Kandukuru Nagarjan