Sexual harassment and the problem of gender inequality in Japan

Home /Japan, Sexual Harassment/Sexual harassment and the problem of gender inequality in Japan 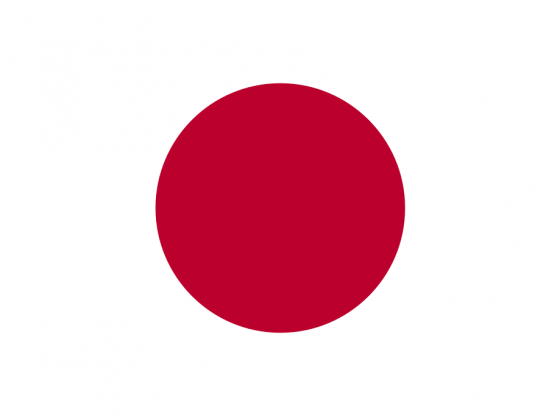 When the news broke in early August that Tokyo Medical University had been altering the entrance examination scores of female candidates, even those who have become hardened to the depths of gender inequality in Japan were shocked. This blatant discrimination against women was disturbing in its illegality and overt social engineering. The reasoning behind the grade-altering was that the administration believed that there would be a shortfall in doctors if too many women were allowed to become doctors, as women typically give up their careers after marriage and childbirth. It is true that many working mothers in Japan find it difficult to balance work and family responsibilities and that this has resulted in a reduction in the female labour force participation rate of women aged between 25 and 34. Nevertheless, Tokyo Medical University’s approach to this ‘problem’ would appear to be backward, and would only serve to cement and continue the lack of female doctors in Japan. In fact, as low and stagnant numbers of women doctors in Japan indicate, that is precisely what has happened.

Anti-sexual harassment measures have been in place since revisions were made to the Equal Employment Opportunity Law in 1997, but victims still face hurdles. Speaking out does not come easily in a culture where making waves is discouraged.

It is important to note the reasons behind why women leave their role in the workplace. There are many factors—difficulty in achieving a ‘work-life balance’ seems to be an appropriate catchall. Another obstacle facing working women in Japan which has gained more attention in recent years is sexual harassment. It is impossible to know how many women leave their jobs as a result of workplace sexual harassment but due to a number of high profile cases and accusations, it has become a significant issue in recent years. This is partly due to improved awareness of gender equality issues but also an urgent need for an expanded workforce as the population ages rapidly and begins to shrink.

The Tokyo Medical University news has come midway through a year that, in Japan, has been plagued with accusations and allegations of sexual harassment by men in powerful positions, mostly in politics and the media. Sexual harassment of Japanese women is not new, but in the wake of the international #MeToo movement, a high profile sexual harassment accusation case involving journalists and the bureaucracy, and a 2014 lifting of the veil on the sexual harassment of female politicians, the issue is gaining more awareness. In 2014, Tokyo metropolitan assemblywoman, Shiomura Ayaka, endured sexist taunting during a speech she made about her political party’s policies for making life in Tokyo easier for working women. Male colleagues from other political parties heckled her with comments such as, “You should have a child yourself first!” This opened the door to some soul-searching on the part of the nation regarding women’s status in politics. A women’s political group carried out a survey of all women politicians on local councils around the country and discovered that a little over half of the respondents had suffered sexual harassment at work. More recent surveys of women in the workforce more generally indicate that sexual harassment is very common.

Similar to the #MeToo movement in the west, in Japan, it has often been the media that has thrown down the gauntlet on sexual harassment. In 2017 Shūkan Shinchō, a weekly news magazine, broke the story of a famous journalist, Yamaguchi Noriyuki, allegedly raping a much younger and little known journalist, Itō Shiori. The same magazine ran the 2018 explosive story on the alleged sexual harassment of young journalists by the top bureaucrat at the Ministry of Finance, Fukuda Junichi. This kind of journalism has given voice to women whose voices have typically been silenced. Ito went to Shukan Shincho because no other outlet was interested in running her story. The TV Asashi journalist who accused Fukuda of sexual harassment was told by her boss that it would be difficult for them to report it, thus leading her to secretly record Fukuda’s comments and send them anonymously to Shūkan Shinchō. Often derided as a ‘tabloid’ magazine, it is common that these outlets in this secondary tier of journalism in Japan have come to be the allies of women in the #MeToo era. Anti-sexual harassment measures have been in place since revisions were made to the Equal Employment Opportunity Law in 1997, but victims still face hurdles. Speaking out does not come easily in a culture where making waves is discouraged. Itō Shiori, disappointed with her treatment by the legal system went public with her story, even writing a book about her experiences. She also made a documentary with the BBC, claiming that it would have been ‘impossible’ to do so in Japan. She has been held up by many as a hero, but at the same time, she has faced widespread backlash from social and mainstream media, as well as in her daily life. She now lives in London.

Japan’s weak women’s movement has meant that there has been comparatively little public outrage by women in response to sexual harassment, or even to the outrageous Tokyo Medical University scandal. The Japanese #MeToo movement, for example, has been muted. This is in contrast to Japan’s neighbour South Korea. In the industrialised world, South Korea and Japan often compete with each other for bottom place in many gender equality indices, including the gender wage gap and political representation. In Korea, however, thousands of women have taken to the streets to protest their treatment at the hands of men in a grossly unequal society. Unlike Japan, Korea is experiencing a robust #MeToo moment. And unlike Japan, the country’s Prime Minister Moon Jae-In has voiced his support for the women participating in the protests.

The Tokyo Medical University news is profoundly troubling. If something positive can be gleaned from it, perhaps it is that the government has launched a nation-wide investigation into entrance assessment practices of medical universities. Perhaps it could also prompt further soul-searching into women’s experiences in the workforce, including the interwoven problems of sexual harassment, maternity harassment, the gendered wage gap, precarious work and other forms of overt and hidden discrimination.

Emma Dalton is a Japanese lecturer in the School of Global, Urban and Social Studies at RMIT University. She has lectured in universities in Australia, New Zealand and Japan for over a decade in the areas of Japanese language and Japanese and Asian Studies. Her research interests include the relationship between women and the Japanese state, and especially the position of women in politics. Image Credit: Public Domain

China and the Internet: Great Firewall or Panopticon?
Tech Giants’ Agenda Is at Odds with CCP Priorities