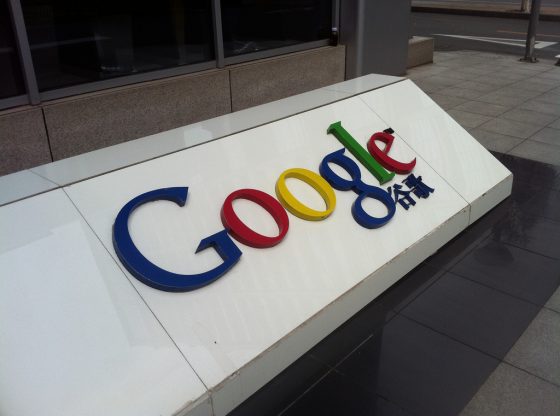 Without virtue, the most complete collection of talents is worthless. – Chinese Proverb

Dragonfly is the code name for Google’s secret project – a censored mobile search app custom-made for the Chinese market that would blacklist and filter topics including human rights, democracy, religion and peaceful protests. When reporter Ryan Gallagher broke the story on The Intercept based on internal Google documents leaked by whistleblowers on August 1, 2018, the app was ready to be launched, waiting only for the green light from the Chinese government, according to Gallagher.

Since then, Google has been engulfed in a public opinion storm, facing censures and questions from journalists, human rights groups, lawmakers, the public as well as its own employees. By August 16th, 1,400 Google employees signed a letter confronting management about the ethical implications of Dragonfly, demanding greater transparency, calling for structural changes within the company. At the firm’s August 17th meeting, CEO Sundar Pichai admitted Dragonfly had been “in an exploration stage for quite a while now” but said Google was “not close to launching a search product in China,” contrary to what Google’s internal documents showed. Google’s co-founder Sergey Brin, shockingly, asserted that he didn’t know of the project’s existence until TheInterceptstory. On August 28th, 14 human rights organizations published an open letter asking Google to cancel its China censorship plan. A month after the world learned about Dragonfly, Google still refuses to comment.

Things were a little different eight years ago. When Google decided to stop censoring after being in China for four years and moved its China search operations to Hong Kong, a free speech zone, in 2010, the company was widely hailed as the tech hero who lived up to its motto “Don’t be evil.” Mr Brin, born in the Soviet Union himself and an immigrant to the U.S., denounced totalitarianism: “In some aspects of [government] policy, particularly with respect to censorship, with respect to surveillance of dissidents, I see some earmarks of totalitarianism.”

The distaste for censorship and oppression was real. So were fears of cyber-attacks and hacking of human rights activists’ Gmail accounts. Google feared compromising itself both morally and technologically. Now, eight years later, the same moral dilemma remains. How can Google return to China with Dragonfly without violating “widely accepted principles of international law and human rights” as outlined in the company’s own artificial intelligence ethical principles? Is Google prepared to do what Yahoo! did in 2005 – turning over information to state security that led to the jailing of journalist Shi Tao for 10 years – given the government’s data localization requirement? Will Google truly serve Chinese users and earn the trust of the public globally by being an instrument of state propaganda and information suppression? How can Google ask its employees to “Do the right thing” when it repeatedly (previously over Project Maven to build warfare technology for the Pentagon) disappoints rather than inspires its employees? Dragonfly is a bad idea to begin with and should be abandoned now.

Google’s management surely understands one can’t touch pitch without being muddied. Yet, the company’s top leaders were ready to strike a Faustian Bargain again with the Chinese state. There is no denying that China is strategically important. The world’s 2ndlargest economy now has 772 million Internet users, 1/5 of the world’s total. It is also the world’s largest mobile market, with 664 million mobile Internet users. Moreover, the Chinese government invests heavily in science and technology. At roughly $233 billion USD, its investment accounts for 20% of the global R&D spending. This input has influenced the growth of science and engineering talents and scientific publications. China now produces more science and engineering students than anywhere else in the world. In 2018, China surpassed the U.S. in the quantity, if not the quality of, scientific publications.

It is therefore not surprising that Google wants to do more business in China. Since Pichai became CEO in 2015, the company has taken significant steps to return to the Chinese market. In December 2017, Google opened an AI research centre in Beijing. In May 2018, it released translation and file management apps, followed by a $550 million USD investment in China’s 2ndlargest online retailer JD.com and a game on Chinese social media platform WeChat in July. However, a mobile search app and a news aggregator, which require massive, continuous and proactive censorship efforts on Google’s part, would have crossed the line. It is especially risky after China passed the new Cybersecurity Law in 2016 with mounting surveillance and censorship pressure. In March 2017, for instance, Tencent, China’s second-largest Internet company, was ordered to shut down its websites that hosted discussions on history, international affairs, and the military. In April 2018, Neihan Duanzi, a joke app with 30 million users, was closed due to “vulgarity.” None of this bodes well for Google’s search and news apps plan.

China’s state-centric, sovereignty-based claims to regulate the Internet inside its digital borders presents challenges not only to Western companies like Google but also to global norms and practices of online activities and Internet governance. As early as 1995, the then Chinese Posts & Telecommunications Minister Wu Jichuan remarked: “By linking with the Internet, we don’t mean absolute freedom of information… If you go through customs, you have to show your passport. It’s the same with the management of information. There is no contradiction at all between the development of telecommunications infrastructure and the exercise of state sovereignty.” One cannot help but recognize the stark contrast between Wu’s view which insists information moves like people and the belief that individuals have the freedom to “seek, receive and impart information and ideas through any media and regardless of frontiers” endorsed by the UN General Assembly.

Clearly, the Chinese government envisions a different Internet. Chinese president Xi Jinping, who centralized Internet governance in China during his first term through the Cyberspace Administration of China, stated in 2016: “We should respect the right of individual countries to independently choose their own path of cyber development, model of cyber-regulation and Internet public policies, and participate in international cyberspace governance on an equal footing.” Moreover, Xi is determined to turn China into a “cyber-superpower” through technological investment, development and policy – especially in areas of semiconductors, quantum computing, and artificial intelligence – to grow the Chinese economy without losing the Party’s grip on power.

The ascendance of a Chinese model of Internet governance based on “Internet sovereignty” also coincided with the collapse of Washington’s Internet Freedom agenda and deeper economic and political crises in traditional Western democracies. The utopian ethos of a border-crossing open Internet has slowly given way to both state surveillance and corporate monopolization. The failures of the U.S. government and Silicon Valley to live up to the very Internet freedoms they promote elsewhere – NSA’s massive surveillance scheme as well as Facebook, Twitter and Google’s colossal debacles during the 2016 U.S. presidential election – have made it much harder to point fingers at authoritarian states’ Internet policies and practices. This is amplified by growing threats of cyber-attack, crime and warfare. Acknowledgement of such challenges is by no means consent to the current state of Internet governance dominated by powerful states and Internet monopolists, but a recognition of the persistent Westphalian international order based on notions of national sovereignty and non-interference as well as deeply entrenched neoliberal values and practice to put profit before human dignity and the common good.

To have a more secure, open, and equitable Internet, people must demand it. While users in non-democratic countries face unusual obstacles to do so vocally and overtly, their counterparts in more democratic societies should insist on the consent of the governed. Google’s employees are holding the company to act ethically. Reporters, civic groups and lawmakers are pressing the Internet giant to be accountable. The company’s top management ultimately, too, has to be answerable to their own conscience. By refusing to succumb to censorship pressure, Google can show the world what it is made of and reclaim the moral high ground.

Dr. Min Jiang is Associate Professor of Communication Studies, Affiliate Faculty of International Studies at UNC Charlotte, and Research Affiliate at the Center for Global Communication Studies, University of Pennsylvania. She is co-coordinator of Digital Arts, Sciences & Technologies (DAST), a College of Liberal Arts & Sciences initiative in digital humanities; Chair of Faculty Advisory Board to the Confucius Institute at UNC Charlotte; and a Secretariat member of the annual international Chinese Internet Research Conference (CIRC). Image Credit: CC by Julien GONG Min/Flickr.

The Chinese Cyber Sovereignty Concept (Part 2)
Growth with Equity: The Case of Vietnam