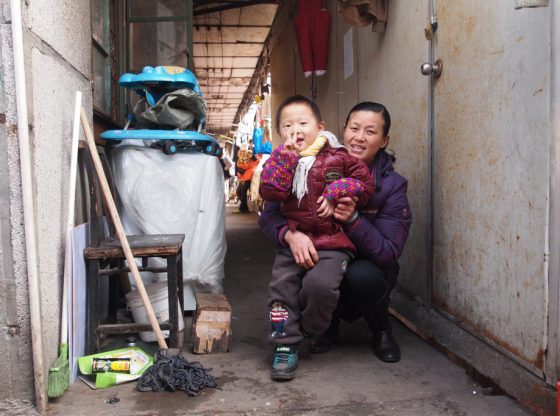 A common perception is that economic inequality in China has risen during the reform era that began in 1978. This claim is made in studies that focus on individual income shares, such as in the World Inequality Report and is also seen in studies that focus on the trends in various types of inequality, such as inter-household inequality, urban-rural inequality and regional inequality. There has also been growing attention within China’s news media on issues of inequality, particularly in the last five years as more focus has been applied to apparent disparities in development between regions.

regional inequality in China is found to have declined at an average trend rate of 1.1 percent per year from 1978 to 2016

There are at least two problems with these claims. First, studies of inequality in China are hampered by incomplete evidence on price differences across space. At the beginning of the reform period, major items that the population relied on, such as housing, health care, schooling, and even food, were not provided through the market. Therefore, price differences across space were much more muted than they were at the same time in market-based economies, and certainly were much more muted than they now are in China.

A widely found pattern within and between countries is that the items that are hard to trade internationally or inter-regionally (such as housing, and most services), cost more in areas with higher nominal incomes. In other words, the cost-of-living is higher in areas that are nominally richer, as anyone living in London rather than in Nottingham can affirm. Consequently, welfare indicators that adjust for cost-of-living differences between areas, as is done by indicators such as real income or real gross domestic product, will tend to show less inequality than is seen with indicators that are valued in nominal terms. The existing evidence from China is that if even if just the cost-of-living differences coming from housing costs are ignored, the level of inequality is overstated by up to 35%.

For example, in all urban areas apart from Beijing, Shanghai and Shenzhen, nominal values for incomes or for gross domestic product need to be multiplied by at least 40% to put them on a comparable basis to Beijing. The reason is that the cost-of-living in Beijing is so much higher, and it is notable that this comparison only accounts for differences in housing prices. These price differences are primarily due to urban land prices and are not due to housing quality differences across China’s cities. If account is taken of the full range of good and services whose price differ across areas, the downward adjustment in inequality would be even greater.

While this effect is present in all countries, it especially matters in China. The big differences in the cost-of-living within China are likely to have grown over time, as markets for private urban housing replaced the previous state provision of housing. Thus, it is not only the level of inequality, but also the trend in inequality, that is affected by ignoring cost-of-living differences. There is also a fundamental difference between urban and rural China, because the right to use rural residential land is available to all village collective members, who then are responsible for self-funding, self-building and self-renovating their dwellings. In contrast, urban housing has been market-oriented since reforms in 1998 and so urban residents face much higher costs of housing. It is therefore difficult to interpret claims of rising urban-rural income gaps, unless account is taken of the major differences in the cost-of-living in each sector.

The second problem that undermines the claims of rising inequality in China especially matters to regional and urban-rural inequality. In assessing how a nation’s income is divided amongst the various parts, it is important to know how many people live where. Until recently in China, the most widely-used data counted where people were registered to live (a de jure criteria) rather than where they actually lived. The gap between the two population measures grew as internal migrant numbers rose from just a few million in 1978 to almost 300 million by 2018. This massive growth in migration created apparent gaps in income between the origin areas and the destination areas that are much smaller once the appropriate local resident population is used in the comparisons.

In particular, China’s coastal provinces have millions more residents than their registered population and the reverse holds for migrant-sending inland provinces. Under the de jure counting approach used until recently, measures of inequality rose as each person moved from China’s interior to the coast because the migrant contributed to income in the coastal destination but was still counted as living in the origin, interior, area. Once this counting error is corrected, regional inequality in China is found to have declined at an average trend rate of 1.1 percent per year from 1978 to 2016. In fact, in the entire reform period, the only sustained episode of rising regional inequality was for just three years, in the early 1990s, and for most of the rest of the period different areas of China have been more equal.

John Gibson is professor of economics at the University of Waikato. His teaching and research interests are in microeconomics and in the micro econometric aspects of development, labour and the international economy. Image Credit: CC by Remko Tanis/Flickr