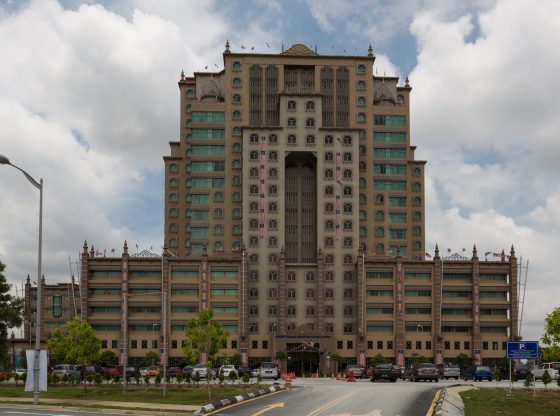 On 2-4 May the British Council organized its annual conference Going Global 2018 in Kuala Lumpur, Malaysia. This conference was an opportunity to discuss of the path of higher education in a Malaysia that was on the verge of significant political changes that would impact the higher education sector.

A few days after the conference finished, Malaysia had a political switch. The 14th national general elections were held in Malaysia on 9 of May 2018, ending the 61-year rule of Barisan Nasional. For the first time since Malaysia’s independence the coalition of four parties, Pakatan Harapan (Alliance of Hope), governs the country. Uncertainty took over higher education institutions.

The second change, and perhaps a more important one, was the appointment of Maszlee Malik as Minister of Education; a move that sparked protests in the higher education community. Maszlee Malik, an active member of the Muslim Professionals Forum, is considered by rights activists to be leaning towards Salafist Islam. This makes Chinese educationists extremists worried about education reform. At the same time, the conservative Malay educationist group, who seek to abolish the use of English for the study of Science and Mathematics, is pressuring the new government to make radical reforms. The conflicts in higher education have deeper roots than the appointment of Maszlee. To reverse the policy of teaching in English would be a setback for Malaysia’s higher education and further aggravate the gap between the students educated in Bahasa Melayu, and those whose education is taught in Chinese or English. The issue is whether Maszlee has the ability and strength to continue the international education policies of Malaysia.

In the Going Global 2018 conference, the then Ministry of Higher Education presented the book entitled Framing Malaysian Higher Education 4.0: Future-Proof Talents, which was envisioned as a preparation of Malaysia’s higher education ecosystem for the 4th Industrial Revolution (4IR). This document is based in the Malaysia Education Blueprint 2015-2025 (Higher Education), which contains the strategies, policies and guidelines that higher education institutions must follow in order to transform the higher education system and increase the basis for the knowledge economy.

One of these strategies is the iCGPA Integrated Cumulative Grade Point Average, which is a grading system that assess and reports the academic performance and professional skills of students. The iCGPA was declared by Maszlee to be no longer compulsory in public universities because lecturers’ attention was deviated from their core tasks. Since English proficiency was listed as one of the skills for graduates, the abolition of the system increases the debate on the use of English and a language of instruction, which is exacerbated by the nationalistic policies of the past such as affirmative action.

Maszlee has also announced the suspension of the MyBrain15 programme, which finances the studies of more than 10,000 scholars. This suspension was justified by the need to deal with the debt bequeathed from the previous government. But the cut to the scholarship budget will set back a country that promotes itself as a regional education hub and has ambitions to become a full knowledge economy.

There have been more steps taken towards the reform of Malaysia’s higher education. By the end of July, the chairmen of five public universities had been removed by the Minister of Education, arguing that they were political appointees. Maszlee claimed that these changes will bring fresh ideas from leaders that will drive the reform of the higher education agenda. Moreover, Maszlee has asked Vice Chancellors that disagree on the reforms to resign.

The most important reform that Pakatan Harapan promised in its manifesto regarding higher education was the abolition of the controversial Universities and University Colleges Act of 1971. Despite past reforms, the Act still restricts political activities on campus, as well as the autonomy of universities. The new government has appointed a committee for its revision.

Deeply rooted issues such as the autonomy of universities and affirmative action demonstrate that the higher education reform needs to be a strategic one, involving all the stakeholders in the process in order to avoid the same mistakes (such as oppression, authoritarianism and lack of academic freedom) committed by the previous government.

It still remains to be seen whether the much-needed reform of higher education will affect Malaysia’s development as an education hub. Moreover, the reforms need to be fit for the transformation of Malaysia into a knowledge economy, being the stepping stone for the country´s development.

Martha Puebla is a Doctoral Researcher at the University of Nottingham. Her areas of studies are higher education and soft power. She tweets at @Martha_Puebla. Image Credit: CC by Wikimedia Commons/Uwe Aranas.