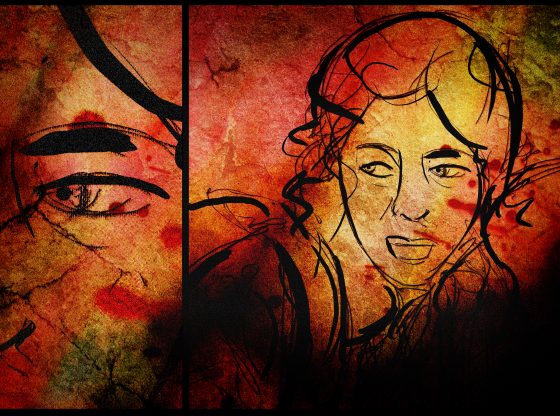 After seven years of violence, the Syrian conflict, a Non-International Armed Conflict (NIAC) according to the ICRC, is moving towards its final chapter in Idlib. However, regardless of its inevitable end, the grassroot Syrian opposition on the ground (and with it the umbrella of the Syrian National Coalition in exile) have gone to great lengths to achieve self-governance and have attempted to introduce democratic principles to civil society with the establishment of Local Administrative Councils (LACs) – not to be confused with the Local Coordination Committees (LCCs).

The ideals of the revolution back in 2011 included the aspiration for gender equality as a self-evident part of a progressive and democratic society.

Despite this, there is a simplified narrative regarding the position of women in the opposition, perpetrated by the regime as well as Western media. According to this narrative, women living in opposition-held areas must be suffering under the draconian and oppressive rule of ISIS or Hayat Taḥrir al-Sham (HTS), being raped, enslaved, forced to cover their faces, are not allowed to leave the house without a male guardian, etc. And while many of these accusations are absolutely true for numerous areas held by Islamist groups such as the above mentioned, there have also been many positive examples and success stories of women’s participation.

“In the beginning, there was just a group of people who care about the country”

The LACs are a decentralised system of self-governance in the areas liberated from the Syrian regime’s rule. The first established LAC was in Al-Zabadani in 2011, which originally acted as a coordinator between the local civil society and the armed groups. The initial reason for the establishment of the LACs was to give cover for the vacuum left behind by the regime’s withdrawal in the provision of services. Young revolution activists initiated the creation of the LACs by providing the necessary technical know-how and suggestions of how to introduce democratic principles into civil society. These LACs were headed and run by the local elders due to their authority as well as experience among the local population.

Although not many LACs ended up having women in their leadership ranks, the actual involvement and representation of women in the civil movement that led to the creation of the LACs was remarkable. Notwithstanding their weaknesses, the LACs have achieved much in the introduction of democratic principles to their societies – especially considering that all these processes happened simultaneously with a raging NIAC claiming the life of countless civilians. This was even more signiicant considering that the regime forces specifically targeted the infrastructure of opposition-held cities including hospitals, schools, LACs, Civil Defence Centres and other vital civilian structures.

The most important part of the empowerment of women in the LACs was the demand for it by women themselves.  From the beginning of the revolution, women have continuously voiced their demands for participation and involvement in the decision-making bodies and in some cases risked becoming targets by the armed militia groups of these areas.

An important element of ensuring democratic values during the establishment of the LACs was the introduction of a recommended quota for women. This encouraged the  conservative civil societies to allow women to be actively involved in the self-governance and reconstruction of society. The Syrian National Coalition actively tried to create bylaws as a guideline for the establishment of the different LACs and reached out to experts to make sure the legal structure of the LACs followed international standards of human rights. The Syrian National Coalition itself introduced a quota for women’s participation in 2016 with the goal of having more than 15% of women in its general assembly.

One of the most widely discussed successes of women’s participation in a LAC was the ascent of Iman Hashim as the first female head of the opposition LAC for Aleppo City. Considering that Aleppo is known to be rather conservative compared to other Syrian cities, this achievement can be seen as a victory for women’s participation and a role model for more LACs to follow.

Women’s rights in the Opposition. A long road to go…

It is clear that if the revolution had been successful, and not hijacked by Islamist groups, the LACs would have been able to establish successful structures of governance and introduce democratic values to civil society. The ideals of the revolution back in 2011 included the aspiration for gender equality as a self-evident part of a progressive and democratic society.

However, international geo-strategic politics and the unexpected involvement of different actors turned the once peaceful revolution into what it is today. The true ideals of the revolution were systematically attacked by the conflicting parties.

Human rights values and democratic principles need to remain an important part of the societal progression post-conflict. The international community needs to ensure that these values and principles, including women’s rights, will not get lost.

Dara Foi’Elle is a Syrian Minority Activist against the regime living in the diaspora but regularly travelling to Syria for underground humanitarian work. Image Credit: CC by Flickr/Surian Soosay