Inventing the future in Chinese labs: How does China do science today

Home /China, Development, Science, Technology/Inventing the future in Chinese labs: How does China do science today 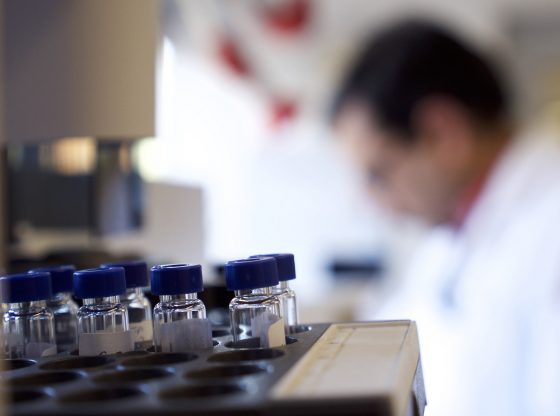 Genetic engineering, the search for dark matter, quantum computing and communications, artificial intelligence, brain science – the list of potentially disruptive research goes on. Each has significant implications for future industries, defence technologies and ethical understandings of what it means to be human.

And, increasingly, the notable achievements in these fields are coming not from the great centres of science in the West, but Beijing, Shanghai, Hefei, Shenzhen and a number of other Chinese cities that make up China’s extensive research system. Inevitably, the question arises: How much of the future is being invented in Chinese labs?

The current turmoil embroiling US-Chinese trade has brought China’s rapidly developing technological capabilities into clearer focus. As China aims to achieve leadership in emerging key technologies, the U.S. is quick to attribute much of Chinese progress to the theft of American intellectual property and forced technology transfers. But, as someone who has followed China’s scientific development for years, I’ve seen dramatic improvements in China’s own innovative capacity, along with the science base needed for success in the knowledge-intensive industries it seeks to master.

In its quest for scientific achievement, China’s research and development spending has grown rapidly over the past two decades. It’s now second only to the United States. China has become a leading contributor to the world’s science and engineering literatures, with Chinese papers in selected fields attracting an increasing number of citations.

Generous government science budgets have allowed China to build world-class facilities in a number of fields. And China is home to one of the world’s largest research communities, now enriched by high-quality domestic university programs as well as scientists returning from abroad with advanced degrees from the world’s leading universities.

But how is the enterprise of science in China organised? Who sets the priorities? And are its mechanisms of governance suitable for sustained progress?

In contrast to the U.S., where basic research is concentrated in universities, where there are strong traditions of corporate R&D and where research in government labs supports the missions of government agencies, the institutional arrangements for science in China reflect a different design.

Though each has been extensively reformed, Chinese science today is still largely conducted in five institutional sectors. The Chinese Academy of Sciences (CAS), a legacy institution from the 1950s, oversees some 120 institutes – including China’s “big science” facilities – and three institutions of higher education. Following a series of reforms over the past two decades, scientists in many of its labs now engage in world-class research across a range of disciplines, including quantum physics, mathematics and neuroscience.

Universities comprise the second institutional system, with the top schools competing with CAS for talent and prestige. University-based research was not emphasized in the pre-reform era. But over the past two decades, China’s top universities have emerged as important centres of basic and applied research, while also promoting a culture supportive of high-tech entrepreneurship.

China’s industrial enterprises constitute the third institutional sector. Two of the most significant changes over the past two decades have been the growth of company-based R&D, especially in information and communications technology fields, and the emergence of non-state-owned, market-oriented high tech firms. R&D expenditures in the enterprise sector now amounts to roughly 80 percent of the nation’s total.

Government research institutes under civilian ministries – such as those for agriculture, public health, environmental protection, natural resources and so on – constitute a fourth system.

Finally, research and development in support of the military constitutes a fifth sector, one which remains largely opaque. In cooperation with civilian sectors, and guided by civil-military integration policies, it’s producing increasingly sophisticated national defence systems.

In the last few years, the Chinese government has introduced policies to encourage collaborative research across these sectors. In particular, China has established national laboratories and other major new national research centres, inspired by the national lab experience in the U.S. and other countries. These new institutions – cross-disciplinary and problem-focused by design – are engaged in world-class research of international interest. For example, the University of Science and Technology in Hefei is home to a leading facility for quantum physics and quantum information.

In contrast to the current U.S. administration, which has yet to define a clear policy for science and technology, China’s quest for global scientific leadership is driven by its top political leaders who see China’s future wealth and power being derived from its research and innovation capabilities.

Chinese science policy, as a result, is characterized by a strong emphasis on national needs as defined by a top-down design process. At the national government level, funding for research has become more centralized. It’s now channelled through national programs, or “platforms,” administered by the Ministry of Science and Technology (MOST). These do permit “bottom-up” investigator-initiated proposals, and efforts are being made to strengthen professional reviews and assessments of research projects. Nevertheless, the funding system is still characterised by strong state direction.

The themes of national science policy are also found in the initiatives of local governments, many of which have become major funders of R&D and partners in building the country’s new research facilities.

The emphasis on national needs had, until recently, biased the nation’s research away from basic science. Chinese policymakers, however, have come to realise that leadership in science-based industries requires basic research conducted at international frontier levels. As a result, financial support for basic research is increasing.

But, a controversial administrative reorganisation in March of this year changed the status of China’s key agency for supporting basic science, the National Natural Science Foundation of China (NSFC). No longer an independent agency under China’s State Council, NSFC is now an entity under the broad administrative direction of the Ministry of Science and Technology.

The NSFC had been seen as a pioneer in promoting a culture of basic science through the support of original investigator-driven, peer-reviewed research. Members of the scientific community now fear that NSFC operations will succumb to the more applications-oriented, bureaucratic procedures of its new home ministry.

China’s aspirations for scientific distinction, and its aggressive science policy in support of those aspirations, is occurring in a political environment that’s quite different from that of other countries with strong traditions of science.

The differences have come into sharper focus under the leadership of President and Party Chairman Xi Jinping. While Xi has redoubled political support for science, he has also altered the political climate by insisting on more demanding ideological commitments from the academic community to his own worldview, by strengthening the role of the Communist Party in research institutions and universities and by harnessing China’s technological progress to the development of a surveillance state, leaving little room for privacy and dissent.

Combined with China’s long tradition of bureaucratic rule, these initiatives set the models of science-state relations, and Chinese scientific development more generally, apart. Other leading nations in science have political systems based on law and the protection of human rights, on free and open communications and on civil society traditions, which permit the autonomous operation of professional societies.

The Chinese model, arguably, has been quite successful in producing rapid development over the past 30 years of scientific and technological “catch-up.” China has certainly caught up in selected fields and, in some, is advancing the frontier. But, whether this model of science-state relations is suitable, over time, for the kinds of original innovation and creative scientific breakthroughs envisioned by the leadership – and for managing the complex ethical issues arising from new technologies – are among the more intriguing questions about China’s future.

A previous version of this article was published by The Conversation here.

Richard P. Suttmeier is a Professor of Political Science, Emeritus, at the University of Oregon. Image Credit: CC by OPCW/Flickr.