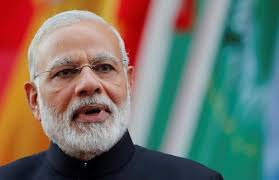 India’s External Affairs Minister Sushma Swaraj’s recent four day visit in August 2018 to Vietnam and Cambodia has seen a deepening of strategic cooperation between India and the ASEAN countries. She addressed the 3rd Indian Ocean Conference held at Hanoi on August 27-28, 2018 – aptly titled as ‘Building Regional Architectures’ – where she stressed that the peace and stability of the Indian Ocean remains a priority for India. Her statement reflects the country’s long-standing vision of ‘non-alignment’ while engaging with other countries to form alliances for dealing with the pressing issues at regional and international levels.

Asia is emerging as the new strategic focal point for the regional countries and also for extra-regional powers such as the US, UK and France. It is intriguing that the maritime facet of Asia is re-gaining its importance in terms of trade, economics and security. Given the importance of maritime trade routes for peace and prosperity in the several littorals of the Indian Ocean as well as the Indo-Pacific nations, there is a growing urgency amongst countries to secure these routes. India is taking a pro-active role to strengthen the maritime domain in the Indian Ocean.

The force behind developing these structures is a faith in normative architectures that India has involved itself in since its Non-Aligned Movement days under PM Jawaharlal Nehru, one of the luminaries and shapers of Indian foreign policy. There has been an inherent hesitance in Indian policymakers from joining any alliance that is associated to Cold War-era structures. Even though those powers and poles have shifted and given way to new power-centres, it is now the US at one pole and an Asian power, China, on the other.

Shifts in India’s own bilateral relationship with both these powers cannot be discounted in this context. The India-US relationship has evolved from indifferent to warm in the past few decades. Currently, India figures prominently in America’s Asian policies and is one of America’s ‘major defence partners.’ Similarly, India fought a war with China in 1962 and shares an uneasy relationship with its neighbour. The Doklam incident in 2017 brought this tension back to the fore. Yet, high-level meetings on several occasions between Indian and Chinese leaders can be viewed as an attempt to ‘reset’ the relationship for better.

Even US-China relations have swung over the decades. Currently, tensions are high, with the former threatening the latter with trade sanctions and challenging Beijing’s belligerence in the South China Sea with repeated military exercises as well as Freedom of Navigation exercises in the region. Strategically, the US Defence and Security documents have named China as a threat in no uncertain terms, and even renamed its Pacific Command to Indo-Pacific Command to provide it more clarity in operations.

Under these conditions, there is a pressure on the Indian leadership both regionally and internationally to expand its role in the region for restraining any powers from disturbing peace and security. While managing that demand, there has been a growing belief within the Indian political and strategic community to focus on its long neglected maritime region. The current Indian administration under Prime Minister Shri Narendra Modi has focused on the maritime security and prosperity of the Indian Ocean littorals when he introduced his vision of Security and Growth for All in the Region under its acronym SAGAR (a Hindi term that also means ocean) in March 2015.

While the conceptual framework of the Indian Ocean Region has been reiterated at several occasions by the top leadership; the notion is being backed by strengthening institutional structures such as Indian Ocean Rim Association or IORA and Indian Ocean Naval Symposium or IONS as executive level bodies to provide coordination and cooperation amongst IOR nations. India’s growing engagement with ASEAN countries is a part of its long-standing Look East Policy that has been invigorated under the Modi administration, and Ms. Swaraj’s statement at Hanoi can be seen as furthering the same vision.

That said, for many, India’s vision in the Indo-Pacific might be confounding when seen strictly through the defence lens. Even though India regularly participates in the bilateral and multilateral level military and naval exercises in the Indian Ocean as well the Pacific Ocean, it has given less than enthusiastic responses to joining any regional level alliances. The Quadrilateral Security Dialogue or Quad between Australia, India, Japan and the US is a case in point. Quad has been accused of being an alliance of the four countries to challenge Chinese posturing in the Indo-Pacific region and has been compared to an Asian NATO. In the absence of any official Indian statement, several reasons have been attributed ranging from threats to Indian territories from China and upcoming general elections in the country in 2019.

Or maybe New Delhi is being prudent in seeing security in its larger ambit that is inclusive of more than hardcore security issues and inclusive of more regional countries beyond the major ones for deeper, meaningful strategic relationships. If India views alliance-formation from an uncomfortable angle, security architectures can provide a probable solution to the issues. By building an overarching architecture or several sub-regional issue-based bodies, a large scale consensus and common vision for peace and stability is likely to be more potent than joining alliances constantly threatened by disruptions. India is showing signs of comfort with the idea of building security-based architectures, instead of defence based alliances.

Inventing the future in Chinese labs: How does China do science today
The Growing Chinese Presence in Nepal