The Growing Chinese Presence in Nepal 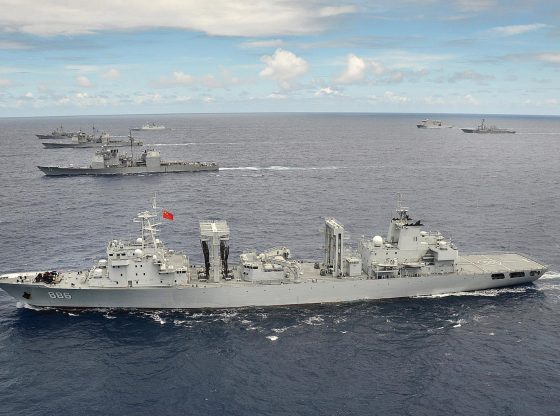 With the rise of China and its growing economic presence in South Asia, the power structure of the region is changing. India’s traditional primacy in the region is challenged by a growing Chinese presence. At the same time, small South Asian nations like Nepal view these changes as an opportunity to enhance their vision of economic development and also diversify their dependency. This paper attempts to analyse the economic presence of China in Nepal, and address the Nepalese perspective towards China’s presence.

China is solidifying its economic and strategic role in international politics by targeting the goal of great power status. To consolidate its status of great power, China is enhancing its economic, political, and cultural relations with neighbours and countries in its periphery. One such neighbour is Nepal, where China is enhancing its presence through its role in the economic, political, cultural and strategic realm. The last decade experienced a huge increase in China’s economic presence in Nepal.

China is the largest source of investment, development aid and economic support in Nepal.  According to the Ministry of Commerce (MOFCOM), China’s foreign direct investment in Nepal in 2003 was $ 1.81 million. In the fiscal year of 2013/14, investment from China reached $ 174 million, accounting for over 60 percent of the total FDI commitment. According to the statistics maintained by the Nepal Rastra Bank, China pledged $57 million (6.21 billion Nepalese rupee) for 125 projects in the fiscal year 2015/16, while India pledged $18 million (1.94 billion Nepalese rupees). During the Nepal Investment Summit held in Kathmandu in March 2017, Chinese Investors committed over $8.3 billion to several tourism-related projects. For Nepal, China is the second largest source of foreign tourists after India.

China subsequently pursued a policy of enhancing its influence in Nepal by consolidating its economic presence. In Nepal, Indian influence was dominant for a long time. Yet, in the last couple of years, China has enhanced its foothold through financial assistance and investment. In the last decade, China has aggressively promoted its financial assistance, aid, and investment in Nepal. Now China is a major provider of economic and technological help to Nepal.

Nepal views the rise of China as an opportunity. After the end of a ten-year political transition period, a strong elected government is in power with a vision of economic development and prosperity. As China remains a major partner, Nepal wants to benefit from the economic development of China to materialise its own vision of sustainable long-term development. As such, Nepal strives to attract Chinese investment, as well as technical assistance in technology and skills.

Despite Indian pressure, Nepal became part of China’s Belt and Road imitative in 2017. By Joining this vast infrastructure project,  landlocked Nepal aims to be a part of the global supply chain and diversify its dependency on India.

After the abolition of Monarchy in Nepal, Beijing was searching for a friendly independent government that understands and acknowledges Chinese interests. Beijing has enhanced ties with the major left parties in the country, which is assumed as a pro-China power in Nepal. As left parties are consolidating their power in internal politics, it provides favourable ground for an increased Chinese presence.

With the rise of China in Nepal, sensitivities towards Chinese loans and aid are also visible on the surface within civil society. Some institutions and individuals are questioning the transparency and viability of Chinese infrastructure projects. As the viability of Chinese aid is becoming the major concern among developing countries, the government of Nepal is also under pressure to explore the significance and essence of huge infrastructure projects and Chinese investment. The trade deficit is another major concern in Sino-Nepal relations. This deficit has been increasing at the rate of 40% per year in favour of China.

Whilst Nepal stands to gain from growing Chinese investment, it must maintain a cautious approach in order to avoid becoming a satellite of China. The question of whether the economic benefits outweigh the cons of increased Chinese influence remain to be seen.