Comparing current and previous editions of physics curricula in China: Changing attitudes to science and technology 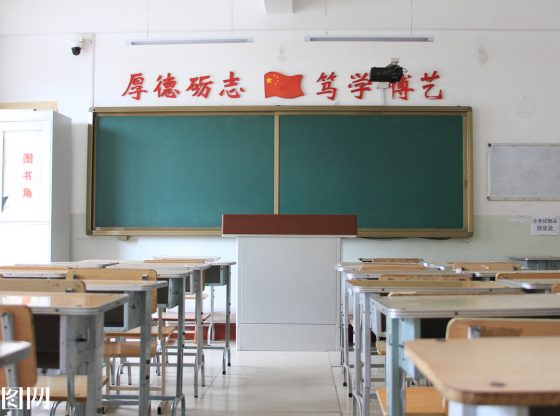 Chinese engagement with modern science is a subject that broaches important periods of Chinese history as well as the nature of engagement between China and the west. One particularly important part of this landscape is the manner in which the country prepares its children in the field of science. Investigation into this area reveals much about the prevailing attitude of those in power towards both the sciences themselves and the importance of scientific enquiry.

The 2013 launch of a comprehensive revision of curriculum standards by the Chinese Ministry of Education reveals significant developments in the relationship between the Chinese state and science and technology. The revision, with the goal of “improving the quality of all the people and the quality of talent training”, eventually led to a new version of “Physics Curriculum Standards for Senior High Schools” in 2017. By exploring the changes of emphasis between the former and current curricula, we can shed light on both the importance central authorities attach to scientific education and the changes we might expect to see in terms of China’s next generation of scientists. It may be argued that the changes in the physics curricula represent an important change in the relationship between China and the sciences. Not only are the sciences important to the nature and speed of Chinese development but science has the capacity to improve relations with other countries through, for example, scientific collaboration.

In comparison to earlier alternatives, the 2017 edition of curriculum standards highlights the characteristics of contextualisation, individuation and pluralism. The teaching objectives and content are in line with the development of students’ core competencies. The assessment system highlights the characteristics of multi-dimensional evaluation, aiming to cultivate students’ innovative consciousness and problem-solving abilities.

Quantitative analysis of the two curricula standards sheds light on the overall policy and thinking behind China’s national curriculum reform. The changes are as follows: the new version focuses on a goal of personal training, paying special attention to the cultivation of students’ scientific thinking; the curriculum content focuses on the students’ modelling ability and “problem situation construction” while curriculum implementation emphasises teaching methods and evaluation mode innovation in textbooks.

In more specific terms, the curriculum standards of the 2017 edition emphasise the cultivation of students’ data awareness, requiring students to be sensitive to data itself, as well as cultivating the ability to be able to collect data, analyse data, summarise rules through data, and draw conclusions from such working. As an example, in a compulsory experiment to explore the relationship between acceleration, force and mass, the standard explicitly states that students are supposed to be able to use basic mechanical experimental instruments to collect data, to use images to describe experimental data, and to draw conclusions from the analysis of data. Interestingly, the new curriculum standard explicitly mentions the need to let students understand that evidence is the basis of physics research, by extension, urging them to prove their ideas with evidence.

The new curriculum standards have put forward new requirements for students’ data awareness then, that in fact represent a concrete form of students’ collecting, analysing and summarising evidence. This development, a renewed focus on data and evidence, suggests that physics increasingly requires students to come to conclusions by collecting, collating, and summarising objective information about nature. This change, to a certain extent, will propel the rigorous physics research methods into the curriculum standards of senior high school, reflecting a popularisation of physics science research. The new curriculum standard focuses on students’ ability in the realm of physics modelling. It is clearly pointed out that scientific thinking is an abstract process of constructing models based on empirical facts and students’ modelling ability is an important part of scientific thinking. Physics modelling can be procedural modelling, physical conceptual modelling and physical environment modelling.

Crucially, the new curriculum standard pays attention to the cultivation of students’ problem-solving ability in real situations, reducing the requirements for students to master the principles of knowledge itself. Such measures amount to strong encouragement for students to develop their own initiative to explore and construct knowledge. It may be argued that this amounts to a serious pedagogical departure in China, and one that many will welcome. The change, taken in itself, might not amount to much, but as well as the importance of the signal it sends out it can also, as a single piece in a chain of pedagogical reform, beckon wider-reaching reforms that will increase efficiency and end results in the education sector in China.

To sum up, the comparative analysis of the current and former high school curriculum standards reflect nothing less than significant changes and innovations in the concept and mode of scientific and technological personnel training in China. Further evidence is of course required but in the context of wider developments, such a significant change to the curriculum appears to amount to a re-engagement with science and technology permeating foundational education. Such significant developments related to Chinese education at present may result in momentous changes to the way next generation of Chinese scientists experiment, theorise and innovate.

Jingying Wang is based at the Normal College and School of Teacher Education, Qingdao University. Image Credit: Supplied by author.