What if North Korean refugees fleeing war land in Japan? 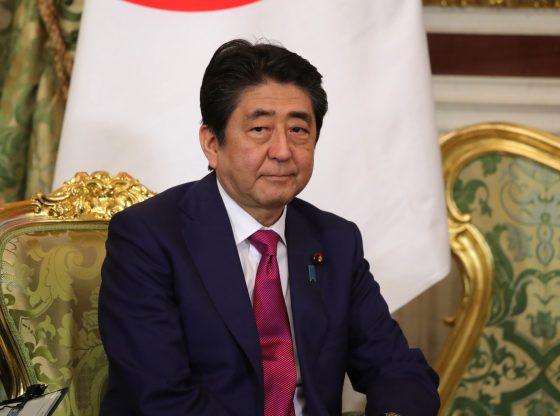 Three months after the symbolic pledge towards peace at the summit meeting in Singapore between President Trump and Kim Jong-un, North Korea has not taken steps to denuclearise and Japan still considers it as its most serious threat. North Korea’ s nuclear tests and missile launches sparked security concerns and were recognised as an “unprecedented, grave and imminent threat” in this year’s Defence White Paper. Driven by these worries, the Ministry of Defence asked for an increase in the military budget that, if approved, would rise to 5.3 trillion yen (approximately $48 billion) for the year starting 1 April 2019, marking a seventh straight annual increase and a 2.1 percent increase from this fiscal year.

Japan prepared a secret plan called K peninsula’s situation plan, estimating the number of refugees that could come to Japan at 220,000 from South Korea and 50,000 from North Korea

In a speech delivered exactly one year ago in Utsunomiya, Japanese Finance Minister Taro Aso raised a question few Japanese politicians broached: in case a crisis in North Korea results in thousands of refugees crossing the Sea of Japan, reaching the coasts of Niigata, Yamagata or Aomori prefectures, what would be Japan’s response? Refugee flows may include combatants, would the response come from the police or from the Self-Defence Forces? Would those armed refugees be shot down? Comparing this scenario to the refugees escaping Syria and Iraq, he added it may not be an inconceivable scenario in the near future.

Taro Aso’s remarks were strongly criticised as nonsense by leftists. However, not only is it a politician’s job to consider the worst but it also shows to what extend Japan, known for its strict policy toward refugees (only 20 out of 19,628 applicants were granted refugee status in 2017), is not prepared.

What would be Japan’s response to refugees from North Korea?

Let’s envision that war breaks out.

Regardless of the scenario, it is highly likely that Japan would be involved in the war. Either because of a direct attack from North Korea or because of its alliance with the US and the right to collective self-defence, implemented in 2015, allowing a military action in support of an ally that has come under enemy attack.

Refugees are protected by Refugee law and Human rights law. But they are also protected, as civilians, by international humanitarian law against the effects of hostilities. Although, unlike Refugee law, International humanitarian law does not define clearly what a refugee is.  Article 44 of the 4th Geneva Convention stipulates that the “detaining Power shall not treat as enemy aliens exclusively on the basis of their nationality de jure of an enemy State, refugees who do not, in fact, enjoy the protection of any government.” Further, article 45 says that “in no circumstances shall a protected person be transferred to a country where he or she may have reason to fear persecution for his or her political opinions or religious beliefs.”

In this way, the 4th Geneva Convention enjoins the host country – Japan in this scenario – to treat the refugees of the enemy state – North Korea – with humanity. Moreover, given the political situation in North Korea and the likelihood for refugees to be tortured or executed upon return, Japan would have to apply the principle of non-refoulement (protection against return to a country where a person has reason to fear persecution).

Under article 50, paragraph 1 of the Protocols Additional to the Geneva Conventions, a civilian is any person who does not belong to one of the categories of persons referred to in Article 4 A 1), 2), 3) and 6) of the Third Convention and in Article 43 of this Protocol. In cases where there is doubt whether a person is a civilian, that person shall be considered a civilian. In other words, a civilian is not a member of a regular army, a member of a militia or a volunteer soldier. A refugee is thus a civilian and, in this respect, enjoys general protection against dangers arising from military operations as written in article 51, paragraph 1 of the Protocols Additional to the Geneva Conventions. However, a civilian is no longer considered as a civilian and consequently no longer protected as such if he takes a direct part in hostilities (article 51, paragraph 3).

Would the response come from the police or from the Self-Defence Forces? Would they be shot?

Refugee flows may include combatants during emergency situations like wars as well as civilians carrying weapons for their own defence. International humanitarian law recommends disarming persons carrying weapons. However, the latter are to be considered as civilians and should in no case be shot down, to use Taro Aso’s words.

Concerning combatants disguised as refugees, they fall into two categories. First, those who act on behalf of their government or who are members of militia organisations and, second, those who are not part of any organised group. This would normally make a difference regarding who is going to respond to the threat between the police and the Self-Defence Forces. Yet, without reliable information and evidence about the identity and goals of a group of armed refugees threatening the lives of Japanese citizens, it would be risky – even more so in time of war – to send the police without being sure they can handle the situation. Therefore, the Self-Defence Forces would probably respond to the threat independently, either under article 76 of the Self-Defence Forces Act – which stipulates that the Prime Minister may order the whole or part of the Self-Defence Forces into operation when there is an armed attack to the nation from the outside or in case of an imminent and clear danger of an armed attack – or under article 81 which says that prefectural governors can ask the Prime Minister to dispatch Self-Defence forces over serious security threats.

Before North Korea agreed to freeze and dismantle its nuclear programme in exchange for the full normalisation of political and economic relations with the United States in 1994, the peninsula once again came close to war. At that time, Japan prepared a secret plan called K peninsula’s situation plan, estimating the number of refugees that could come to Japan at 220,000 from South Korea and 50,000 from North Korea. Although the Defence Ministry has not openly declared it, it might possibly be working on such a plan currently. However, questions raised by Taro Aso and the criticism that followed shows that little progress has been made between 1994 and 2017. It is important to consider worst-case scenarios, to implement procedures and to set-up refugees-host simulations in order to avoid decisions on the spot that could lead to misjudgements and tensions. Yet, significant changes won’t happen as long as Japan fails to clarify the role of its army and adapt its Constitution accordingly.

Comparing current and previous editions of physics curricula in China: Changing attitudes to science and technology
What is China preparing for Tibet?