What is China preparing for Tibet? 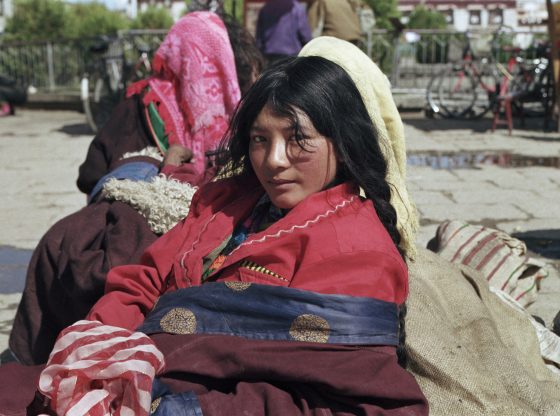 The 2008 protests in Tibet shocked Chinese leaders and policy-makers, leaving the notion of well-managed ethnic harmony in a state of disrepair. Not long after, Chinese scholars began to debate the effectiveness of existing minority policies that have been largely cited as reason for unprecedented protests in the course of modern political history of Tibet.

A year later on 27 February, Tapey, a young monk from Kirti monastery in Ngaba County in Sichuan Province, traditionally in Amdo region of eastern Tibet, set himself on fire as a form of protest against Chinese rule that marked the beginning of self-immolation protest in Tibet. During the protest, Tapey raised a home-made Tibetan national flag with a picture of the Dalai Lama at the center. Sadly, no details are known of what he shouted during the protest. However, many protesters of 2008 and self-immolators there after called for the return of the Dalai Lama and freedom in Tibet. This raises further questions about the decades of Chinese rule in Tibet and indicates significance of the Dalai Lama for Tibetans.

In July 2007 the Party-state issued a decree called the “State Order number 5” also known as “Management Measures for the Reincarnation of Living Buddhas in Tibetan Buddhism”. The regulation consists of 14 articles entirely designed to control the core belief system of Tibetan Buddhism. The regulation asserted control on the searches, testing, recognition, education, and training of religious figures. For instance, the United Front Work Department organised a patriotic training program in October 2016 for a group of 20 young reincarnated lamas on what could be described as Communist pilgrimage visiting military bases, a defence academy and revolutionary sites, including Mao Zedong’s memorial museum. In addition, the State Administration for Religious Affairs in January 2016 created a database which exclusively carries the names of Party-approved reincarnated lamas to cement the authority to control the unique and centuries old Tibetan reincarnation system built on people’s faith in rebirth.

To strengthen the effort, the Communist Party employs a co-option tactic in the religious sphere to counter the Dalai Lama’s influence and other religious leaders in exile (the heads of all four schools of Tibetan Buddhism including Bon are in India). A case in point is the Communist Party’s appointment of Gyaltsen Norbu as the reincarnation of the 10th Panchen Lama in 1995 using the Golden Urn, a method of selection of high reincarnated lamas written in the 29-point regulation suggested by Qianlong emperor in 1793, to legitimise their claim historically. Likewise, the current Seventh Reting Rinpoche and the Sixth Dedruk Rinpoche, whose immediate predecessors served as regents before the Chinese occupation of Tibet, are co-opted. In 2011 the Communist Party formally established a Tibetan Buddhism Academy in  the Tibetan Autonomous Regions (TAR) and formed a special class to train pre-selected reincarnated lamas under the age of 16. The Sixth Dedruk Rinpoche is one among the six reincarnated lamas who are studying a nine-year compulsory education program in the academy.

This raises a serious question why the Party-state is so keen in grooming the young reincarnated lamas. The obvious answer is the now 83-year old Dalai Lama. To be precise, the Party-designed mechanisms deliberately targeted the reincarnation of the octogenarian Dalai Lama who escaped Tibet and went into exile in India in 1959. The efforts to counter Tibetan lamas who follow the Dalai Lama and undermine their influence has gained steam since the 2008 protests. To strengthen the self-proclaimed legitimacy, the Communist Party started employing Gyaltsen Norbu in the World Buddhist Forums. For instance, his appearance in the Third World Buddhist Forum held in Hong Kong in 2012 was seen as a part of Beijing’s intention to boost his international standing and recognition. More importantly, his frequent visits to the TAR and other parts of Tibet incorporated into neighbouring Chinese provinces reflects the urgency with which the Party-state desire his acceptance by the Tibetan people.

The Chinese leadership, from the senior officials within Communist Party in Beijing to their local cohorts in Tibet, is adamant that they will appoint the next Dalai Lama whether or not the Fourteenth Dalai Lama decides in favour of continuing or ending the institution. The calculated preparation is visible from the way the Party is laying a spiritual foundation for Gyaltsen Norbu by sending him to the sacred Lhamo Lhatso Lake. Historically, the Lake provided important indications for the search party of the Fourteenth Dalai Lama headed by the previous Reting Rinpoche.

The sense of urgency became discernible when Premier Li Keqiang made a rare visit to the TAR in July this year. Besides economic development, he called for promotion of ethnic unity and social stability, the two key agendas for the party leaders when they visit Tibet. In a similar vein, Wang Yang, chairman of the Chinese People’s Political Consultative Conference, visited Gannan Tibetan Autonomous Prefecture in Gansu province in May and the TAR in August this year to strengthen the Party’s basic principles in the work and the direction of the Sinicization of Tibetan Buddhism that outlasted four dynasties and the Republic of China.

Tenzin Tseten is a research fellow of the Tibet Policy Institute, a research centre of the Central Tibetan Administration, based in Dharamsala, India. Image Credit: CC by Woody Wood/Flickr.

What if North Korean refugees fleeing war land in Japan?
India’s Response to Its Strategic Conundrum