India’s Response to Its Strategic Conundrum 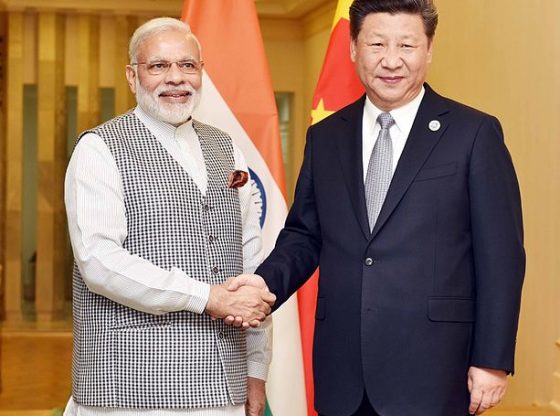 Under new geopolitical pressures, India is undergoing a reconfiguration of its relationship with the major powers of the world. Relations with the United States (US), Russia, China and Pakistan are primarily shaping the strategic contours of its foreign policy. India considers Pakistan as a constant negative factor in its calculations; while the other three have complex and dynamic impacts on its wider geopolitical calculations. Inheriting the special Indio-Soviet (USSR) relationship during the Cold War, Russia has been a constant positive factor in India’s security and strategic calculus. Although the India-Russia “special privileged” strategic partnership continues, the changing dynamics of US-Russia, Russia-China and India-China relationships have put new challenges ahead.

Indian and US interests regarding balancing Chinese strategic influence in the region coincide.

Moscow has been getting closer to China, who has a longstanding border dispute with India. It is also engaging Pakistan, India’s arch rival, at strategic and military levels. Russia has sold Su-35 fighters to China and jointly conducted the largest military exercise since the Cold War. Given a history of covert China-Pakistan nuclear and missile cooperation, India has to read a lot between the lines of their recent cooperation on various military and strategic issues. Although Russia has repeatedly assured India of the limited nature of cooperation with Pakistan, the fact remains that India has to address the insecurities generated by such engagements.

India signed a historic and exceptional civil-nuclear deal with the US in 2005. A New Framework on India-US Defence Relations was also signed in 2005 and updated in 2015. The recognition of India by the US in June 2016 as a Major Defence Partner facilitating technology sharing, signing of the Logistics Exchange Memorandum of Association (LEMOA) in August 2016 and the recently signed Communications Compatibility and Security Agreement (COMCASA) on September 6, 2018 during the first India-US 2+2 dialogue are being seen as India’s unprecedented strategic closeness with US. The agreements represent a signature shift beyond India’s hesitation for strategic cooperation with the US, discomforting both Russia and China who intend to contain US global influence.

The situation in the India-China border areas remains uncertain due to intrusions and apprehensions of salami slicing of Indian land by Chinese patrols beyond the Line of Actual Control (LAC). Indian troops blocking Chinese road construction in Doklam, a Bhutanese territory, last year highlighted the fragility of peace in this area. India was seemingly attempting to draw a red line for the Chinese in term of its security and strategic interests. Although the real purpose and gains of India in the Doklam standoff with China are still debated, it alluded towards willingness and resolve for defending Bhutan and Indian strategic interests in particular. Aggressive Chinese media reminding India of the 1962 war between the two countries worsened the situation. Amidst provocations and speculations of war, India did not budge and exercised restraint in its statements. Exposing several realities and fragilities in India-China relations, the crisis was deescalated and finally dissolved with diplomatic ingenuity from both sides.

China has the capacity to change the strategic balance in the Indian subcontinent; and to maintain the balance in its favour, India needs US support. In fact, Indian and US interests regarding balancing Chinese strategic influence in the region coincide. Yet, historically, the US is not seen as a trusted partner in India. Therefore, with Russia engaging China and Pakistan, the challenge for India is about how to retain a long-time strategic partner as well as engage another untested partner who is at loggerheads with the other. Moreover, the Countering America’s Adversaries Through Sanctions Act (CAATSA) has the potential to further jeopardise Indian strategic ties as it implies sanctions adversely affecting future defence procurements, like the S-400 antimissile system from Russia. The challenge here is to India’s fabled ‘strategic autonomy’ amid Russia-China-Pakistan cooperation and the US-China geopolitical trap.

India’s response to this conundrum has been ‘multialignment’ with major powers including the US and China; and looking forward to making new strategic partners in Europe and other parts of the world. The idea behind the Wuhan and Sochi informal summits with China and Russia was to communicate India’s ‘strategic autonomy’ as well as a desire of win-win partnerships with both, thereby ensuring economic growth and strategic balance. At the core of India’s calibration for simultaneously engaging with big powers perceived as geopolitical competitors is the calculation that its location, demography, economy and military is significant enough to deter any aggression. However, the success of the Indian approach is being tested by recent COMCASA and CAATSA issues with the US. India seeks their specific versions accommodating its autonomy of strategic multialignment. By signing a US$2.2 billion deal for buying four warships from Russia days after signing COMCASA, India has signalled that it does not want to be limited by the US. These are defining moments for India’s foreign and strategic policy; and thereby its position in the world. So far, US exceptionalism has accommodated Indian exceptionalism on several important issues; and therefore, India has betted on this again.

What is China preparing for Tibet?
Luo Dayou: A Cultural Icon and Inspiration in Taiwan, Hong Kong, and China