A tale of two cities: Relocating U.S. embassies in Israel and Taiwan 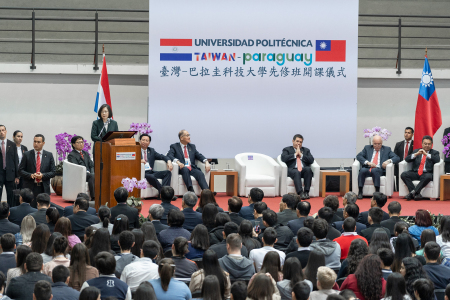 At first sight, Jerusalem and Taipei do not share much common ground. Sure, certain approaches in Taiwan’s official memory politicsintersect with Israeli historiography, but today the two governments are not linked by particularly close ties. For example, Israel never formally recognized the Republic of China (ROC). Instead, in 1950, Israel extended recognition of the People’s Republic of China (PRC); a formal recognition followed in 1992.

The U.S. government, however, is a close ally to both Taiwan and Israel and maintains a diplomatic presence in both capitals. Given the fact that Israel is widely recognized as a sovereign nation whereas Taiwan is not, this raises the complicated and controversial question where and what the respective capitals are and where the U.S. government should maintain an official representation. Taipei or Beijing? Tel Aviv or Jerusalem?

It also touches upon the role of diplomatic missions in general and why they carry such a political weight. Yet, it is remarkable that diplomatic missions do not need to be in the capital and do not imply a formal diplomatic recognition as a sovereign nation. Subsequently, after the U.S. government’s 1995 Jerusalem Embassy Act recognized Jerusalem as the undivided capital of Israel, plans were made to move the embassy from Tel Aviv to Jerusalem. However, the Act was not implemented for more than 20 years. It was Donald Trump, while campaigning for his presidential bid, who promised in his AIPAC speech to move the embassy. On May 14th 2018, the promise was fulfilled, and the embassy moved to Jerusalem, resulting in violent protests and numerous deaths.

One month later and several thousand miles to the east, on June 12th, the American Institute in Taiwan (AIT) started operation of a new prestigious complex in the lush hills of the Neihu neighbourhood of Taipei, which had been under construction for about nine years and had costed more than 250 million Dollar.

Before 1979, the U.S. recognized the Kuomintang’s regime in Taipei as the legitimate Chinese government. Through its embassy the U.S. backed Chiang Kai-shek’s authoritarian rule of the island. With the well-known Taiwan Relations Act of April 10th, 1979, the U.S. government authorized the continuation of “commercial, cultural and other relations between the people of the United States and the people on Taiwan” thus Washington changed recognition to the People’s Republic of China.

The opening event of the new AIT attracted far less publicity than the ceremony in Jerusalem as on the same day the historic summit between President Trump and North Korea’s “Supreme Leader” Kim Jong-un took place in Singapore. The ceremony luckily also didn’t result in any physical confrontation or conflict in contrast to the opening in Jerusalem.

In addition, the guest list in Taipei looked noticeably less impressive. On June 12th, the much less profiled Marie Royce, U.S. Assistant Secretary of State for Education and Culture Affairs, and Ambassador William Moser, Overseas Buildings Office Principal Deputy Director, were among the highest U.S. representatives to join the AIT chairman and director as well as Taiwan’s President Tsai Ing-wen in Taipei; whereas in Jerusalem, U.S.Deputy Secretary of State John J. Sullivan as well as Donald Trump’s daughter Ivanka with her husband Jared Kushner and other prominent officials joined the opening of the U.S. Embassy.

A look at both events reveals continuations and discontinuations in the U.S. foreign policy as well as the two respective recipient nations. Naturally, both relocations were welcomed by the governments of the hosting state entities, Israel and Taiwan. At the same time, both countries have a disputed and conflicted place in international politics, both are subjected to permanent military threat and to some extent directly or indirectly rely on the U.S. military and political support.

Just as the Palestinian authorities and large parts of the international community condemned the relocation of the U.S. Embassy to Jerusalem, Beijing expressed dismay about the opening of the new AIT. Even though the U.S. government didn’t send the highest representatives, it was enough for Beijing to file strong complaints. Geng Shuang, a spokesman of the Chinese Foreign Ministry commented in a June 12 press conference that the U.S., by sending officials to Taiwan, “severely violates the one-China principle” and urged the U.S.to honour “the commitments it has made to the Chinese side on the Taiwan issue and correct its wrong actions, thus avoiding undermining China-US ties and cross-strait peace and stability.”

Furthermore, the delay and complications in the construction of the impressive new AIT complex in Taipei may hint observers to renewed importance of Taiwan in the U.S. foreign policy. The reasons for this are domestic – both in the U.S. and in Taiwan. Whereas Ma Ying-jeou’s administration fostered closer ties with the PRC, Taiwan carried surprisingly little weight in President Obama’s “pivot to Asia” of the previous U.S. administration. The island nation hasn’t even been officially mentioned in the pivot strategy. This, too, holds true for the comparatively pro-Palestinian Democratic Administration of Barack Obama.

With the electoral wins of Tsai Ing-wen and Donald Trump, a new dynamic allows the U.S. to present the AIT with a certain political weight. The new AIT surely is a statement of what is called unprecedented attention for Taiwan in recent years. As Chris Horton in a New York Times’ article claims: The relationship between Washington and Taipei “[…] has been elevated to levels not seen in decades.” A highly symbolic visit of Taiwan’s president Tsai to the US this August as well as the U.S. administration’s intention to deploy U.S. Marines at the new mission in Taiwan further underline the intensified ties. The next objectives for Taiwan are set: hopes for limited joint military drills or visits of Taiwan’s navy to Hawaii don’t seem that unrealistic anymore. These events unfold both despite and because of the immense pressure applied by Beijing, which regularly spikes in open war threats.

Despite the similarities, however, the U.S. commitment to Israel and Taiwan as expressed in the two relocations happened on entirely different political levels. Yet, both relocations are commitments to two key partners: one, Israel, that for understandable reasons on occasions operates outside of the UN negotiated consensuses and another one, Taiwan, which isn’t even a member of the United Nations.

The moves are both a continuation of Obama’s rebalancing to Asia as well as a discontinuation of a more nuanced and timid U.S. foreign policy. Yet, Trump’s East Asia strategy is ambiguous at best, and the Trump administration has been sending mixed signals in regard to China. How much the relocations actually change beyond symbolic significance for both Israel and Taiwan remains to be seen.

Simon Preker is a PhD candidate at the graduate school “China in Germany, Germany in China” of Universität Hamburg. He studied sinology, history, Japanese studies, as well as Japanese language in Freiburg, Kunming, Halle, Hamburg, and Shanghai. In 2017 he was a Taiwan Fellowship visiting scholar at the Department of History at National Taiwan University in Taipei. Image credit: Office of the President, Republic of China (Taiwan)/Flickr