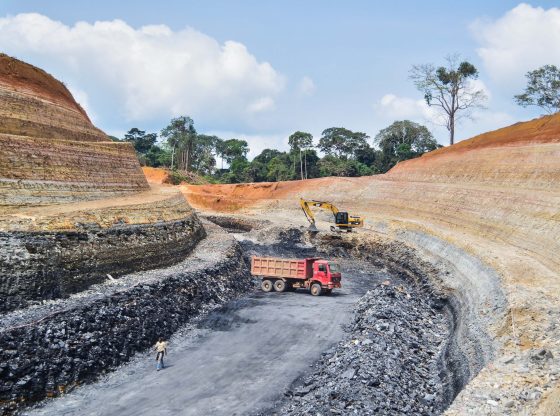 China-Africa ties have been greatly influenced by history. The Moroccan scholar and traveller Ibn Battuta’s visit to China in the 14th century, and Admiral Zheng He’s voyage stretching to the coast of Somalia and the Mozambique Channel during the Ming dynasty, established contacts between countries well beyond immediate neighbourhoods. In modern times, China’s interest in Africa revived, with the realisation that the latter could be critical in achieving great power status for China. The continent’s enormous untapped natural and energy resources along with its significant presence in multilateral forums and global groupings of the South made it a strategic priority for China. The subsequent contemporary relationship has been defined by both realpolitik and pragmatism. China’s emergence as the leading voice of the developing world in the 1970s was employed by its leadership to connect with the developing world, including Africa, for pushing its agenda in forums traditionally dominated by the West, and for counterbalancing Western influence in shaping international rules formulation, negotiations and international processes. China’s revolutionary and anti-colonial ideology also helped in expanding relations with Africa as ‘the most important dynamic in the foreign relations and politics of the continent’ in the post-Cold War years. Africa’s resolve to stand firmly by China post-Tiananmen Square marked the beginning of a new phase in China-Africa bilateral relations.

Africa is critical to China for both strategic outreach and influence and has become more so with the US showing signs of disengagement from various parts of the world. The vacuum might well position another major power to fill the gap. Given China’s great power ambitions and its acumen to take advantage of circumstances and situations, the 7th Forum on China-Africa Cooperation (FOCAC) held in September 2018 was employed by Beijing to project itself as distinctly different from the general international perception that has accompanied its rise. China realises that communication is vital in international diplomacy and its determination to positively communicate its strategy and policies mark a new phase in its external engagement processes. Beijing doesn’t want to be seen as a revisionist hegemon any longer but looks forward to being viewed as a status-quo power ready to engage and interact with the world.

President Xi, during a major policy study conference organised in October 2013, soon after his election as President in March 2013, had underlined the core visions and principles of China’s foreign affairs, including the ‘period of strategic opportunity’ through 2020 for continued growth and development. The FOCAC was thus used to reiterate Beijing’s resolve for propelling its own economic development by reinforcing South-South cooperation and for buttressing its position on building partnerships for a ‘shared future’ targeting Africa specifically and the international community in general. By emphasising ‘five-no’s at FOCAC: no interference in African countries’ pursuit of development paths that fit their national conditions; no interference in African countries’ internal affairs; no imposition of our will on African countries; no attachment of political strings to assistance to Africa; and no seeking of selfish political gains in investment and financing cooperation with Africa, China specifically communicated its hands-off approach in foreign policy, including in economic matters. The Chinese leadership also highlighted its commitment to peace and development by supporting the African initiative of ‘Silence the Guns in Africa’ while showcasing its resolve to ‘work with others’ —  a tendency deliberately developed to project its cooperative character. This was most evident when President Xi Jinping mentioned in his address at the FOCAC that China would ‘jointly promote the Belt and Road Initiative with international partners. ‘We hope to create new drivers to power common development through this new platform of international cooperation’ while emphasising the Chinese attempt to turn ‘it into a road of peace, prosperity, openness, green development and innovation and a road that brings together different civilisations’. Seen as a project which has far more significant gains for China than is visible and the potential downsides of indebtedness and environmental damages repeatedly flagged by the international community, China is determined to promote the Belt and Road Initiative (BRI) as a multilateral diplomatic initiative symbolising communication and cooperation with the world. This includes a focus on Africa to ‘expand areas of cooperation, unlock new cooperation potential, consolidate our traditional areas of cooperation, and foster new highlights of cooperation in the new economy’.

However, China’s claims and efforts to project cooperation get blurred against its forceful use of forums like FOCAC to push the ‘One China’ Policy. President Xi Jinping’s welcoming of Gambia, Burkina Faso, Sao Tome and Principe — the three new members to the FOCAC meet who had established diplomatic relations with China in 2015 after severing ties with Taiwan — are examples of efforts to further alienate Taiwan. Instances such as these — notwithstanding China’s pronouncements of ‘shared future’ — make initiatives like the BRI appear distinctly geopolitical and desirous of establishing a China-centric world order, apart from provoking concerns about the strategic, ecological, environmental and cultural impact of large-scale Chinese investments.

Xi Jinping’s announcement of US$60 billion at the FOCAC in new financing for Africa might well be seen by critics of BRI as an extension of Beijing’s ‘debt trap’ diplomacy and neocolonialism which could damage China’s efforts to engage with Africa in the future. In fact, the downsides of Chinese aid are probably most visible in African countries, where the ‘hidden’ conditions attached with Chinese development assistance – such as insistence on procurement of materials and products only from Chinese companies, use of Chinese labour, and control over the operational functions of funded-infrastructure projects – are creating major concern. While many poverty-stricken countries in Africa badly in need of financial support will probably have no choice other than turning to China, they, over time, might have to overcome rising domestic opposition in availing such support. That will then emerge as a major challenge in deeper engagement between China and Africa.