China’s security footprint in Africa: Towards an evolution of the application of its non-interference principle?

Home /Africa, China/China’s security footprint in Africa: Towards an evolution of the application of its non-interference principle? 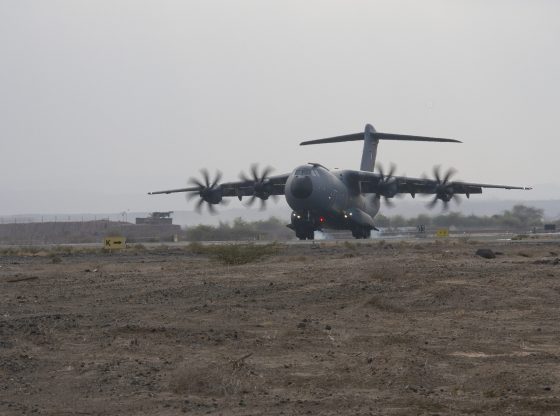 China’s security footprint on the African continent has undergone considerable change in the years since President Xi Jinping’s ascent to power. Indeed, up until 2013, China remained an external actor in the African security domain whose approach could, for the most part, best be described as passive, inert or favouring the status quo. This approach was reflected across various aspects of its security policy in Africa. For example, with regards to its contribution to United Nations Peacekeeping Operations (UNPKOs), China’s contribution in terms of human resources limited itself to non-combat functions. Additionally, with regard to conflict mediation in Africa, the position of the Chinese government had predominantly been characterised by keeping a low profile and adopting a position aligned with that of the governing authority in the country in question. This was the case of its initial reaction to the crisis in Darfur, until greater international scrutiny and pressure drove the Chinese leadership to move away from its initial stance towards one characterised by leveraging its influence over Khartoum in order to get the latter to agree to letting the hybrid UN and African Union mission (UNAMID) operate in Darfur. Beijing’s u-turn had been labelled by some in this case as evidence of a “paradigmatic shift”, but ultimately remained the exception rather than the rule.

The year 2013 began to mark a change in that, for the first time in its history, China opted to dispatch combat troops to UNPKOs in both Mali (MINUSMA) and South Sudan (UNMISS). What’s more, in the same year, Chinese mediators adopted a proactive stance and played an important role in seeking to bring an end to the outbreak of violence in South Sudan. These Chinese mediators were not the sole external parties drafted in to help broker peace between the warring factions, but their influence in this context should not be understated in light of the diplomatic support China lent to the lead negotiator (the Intergovernmental Authority on Development) and to the recognition by the warring parties of the importance of Chinese involvement. Yet in comparison to its mediation efforts at the outbreak of violence in Darfur, the example of South Sudan – a decade later – would appear to demonstrate a greater self-confidence and desire to be seen as an influential active third party to dispute resolutions in Africa.

This apparent evolution has understandably led scholars to question the continued relevance of China’s non-interference principle, which has served as one of its core foreign policy principles, since the advent of the Five Principles of Peaceful Coexistence. This debate has only gained traction in recent years given Beijing’s assertiveness in wanting to reinforce its security footprint in Africa, which intrinsically raises doubts about the Chinese government’s ability to hold firm to this principle. This assertiveness is best symbolised by the establishment of China’s first overseas “logistics facility” (from here onwards ‘base’), opened in August 2017 in Djibouti. The base’s primary purpose is to grant the People’s Liberation Army Navy a permanent foothold in a region where it continues to contribute to keeping attacks by Somali pirates on commercial ships at bay. In addition, the base emerged out of a recognition that China needed a place where it could shelter its citizens from crisis situation in the region, as was the case when it needed to evacuate its citizens from Libya in 2011 and Yemen in 2015. Even though the site is not the first foreign base of its kind in Djibouti (France, the United States and Japan also operate military bases there), concerns around the relevance of the non-interference principle are legitimate since reports of the maximum human capacity of the Chinese base would come to represent close to 1% of the entire Djiboutian population.

Of course, the prospect of China making use of its military presence to intervene in the domestic politics of Djibouti or its neighbouring countries remains unlikely for the time being. Moreover, the non-interference principle will for the foreseeable future continue to remain a mainstay of Chinese foreign policy due as much to its importance within a domestic context to the image that China seeks to projects of itself to foreign audiences, particularly those in developing countries. Yet, taking into consideration the aforementioned examples that are symptomatic of the expression of this greater assertiveness and self-confidence visible under Xi’s tenure, it is becoming an increasingly difficult balance for China to strike, between staying true to one of its core principles and wanting to seize the “strategic opportunity” in the shape of its security policy in Africa. With the African continent likely to become an increasing destination for Chinese investments, businesses, entrepreneurs, citizens and tourists in the years to come, China may need to resort to and rely upon its increased military presence and enhanced assertiveness in order to ensure the security of its interests, especially in those parts of the continent where local authorities are often underequipped to do so. The real challenge for China in this regard will not so much be the extent to which it transgresses the non-interference principle through its expanding security footprint but rather how it manages the perception of this expansion whether in China, Africa or amongst other foreign audiences.

Dr Benjamin Barton is an Assistant Professor in the Department of Politics, History and International Relations (PHIR) at the University of Nottingham’s Malaysia Campus. His research focusses on Chinese foreign and security policy, with a particular focus on China’s bilateral relations with the European Union and its security policy on the African continent. Image Credit: CC by Patrick MARTIN/Flickr.

Has the U.S.–China–Taiwan relationship changed?
Taiwan’s break of relations with El Salvador