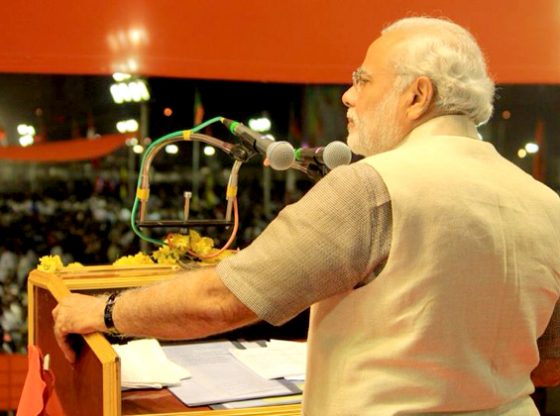 With less than a year before the next general election, India’s Prime Minister, Narendra Modi, is facing the first serious challenge to his personal popularity. To be sure, according to recent opinion polls, Modi remains, by far, the most popular leader in the country. However, there are clear signs that the 2019 elections will not be a ‘cakewalk’ for the ruling Bharatiya Janata Party (BJP).

…there is nothing at this stage that indicates any wrongdoing by the Indian government on all the three issues. But that is not what matters, especially in an election year.

One of the reasons for Modi’s enduring – although declining – popularity is his image as a strong, incorruptible man who is trying his best to develop India and make it one of the world’s great powers. The fight against corruption, in particular, is one of the Prime Minister’s key planks for the next elections. At least so far.

Corruption repeatedly comes up in opinion polls as one of the most pressing issues for many Indian voters. According to the latest round of the ‘Mood of the Nation’ surveys conducted by the Centre for the Study of Developing Societies in New Delhi in May 2018, as many as 55 per cent of the respondents think that the government has done ‘a bad job’ in curbing corruption, up from 35 per cent a year before. Three recent developments will likely dent the ‘clean’ image of Prime Minister Modi even further.

First, on 13th September, Vijay Mallya, an Indian businessman and member of the Upper House accused of a massive fraud and currently under extradition trial in the UK, claimed that he met with Finance Minister, Arun Jaitley, shortly before fleeing India in 2016. While Jaitley described his interaction with Mallya as a ‘one-sentence exchange’, the opposition accused the Finance Minister of ‘colluding’ with a fugitive and asked for his resignation. These accusations are significant, as another prominent Indian businessmen accused of fraud, Nirav Modi (no relation with the Prime Minister), had fled the country in January 2018. Again, the opposition had accused the government of helping him to find a safe haven in the UK, where he has recently applied for political asylum.

Second, on 10th September, former governor of the Reserve Bank of India, Raghuram Rajan, claimed that he had sent a letter to the Prime Minister’s Office (PMO) listing a series of “high profile fraud cases” for coordinated investigation. Rajan added that he was not aware of any action taken by the PMO on the matter. While the PMO has not yet responded – and it might well be that some preliminary steps have in fact taken place – it is unlikely that the opposition parties will miss this opportunity to accuse the Prime Minister of protecting fraudsters and corrupt businessmen.

Finally, on 21st September, former French President, François Hollande, claimed hat it was the Indian government that suggested Reliance Defence as the partner company for the purchase of 36 Rafale aircrafts from French manufacturer Dassault Aviation. This was a bombshell. The Indian and French governments had reached an agreement in 2012 (two years before Modi became PM) for the purchase of 126 Rafale jets. However, one year after his election, Modi announced that a new deal had been reached with the French for the purchase of 36 jets only (at a much higher per-unit price). Crucially, the partner company would not be Hindustan Aeronautics Ltd (a publicly owned enterprise) as per the previous deal, but Reliance Defence; a private company registered just two weeks before the Hollande-Modi meeting and that had no expertise in aircraft manufacturing. This led the opposition to accuse Modi of favouring business magnate Anil Ambani (the owner of Reliance Defence), who is considered to be very close to the Prime Minister and who had accompanied him to France when the deal was announced. Under the new agreement, Reliance Defence will benefit from substantial investments. Hollande’s declarations added fuel to fire, as the Indian government had strongly denied of ever suggesting Reliance Defence as a partner, claiming that this had been a free choice of the French company.

Clearly, there is nothing at this stage that indicates any wrongdoing by the Indian government on all the three issues. But that is not what matters, especially in an election year. Perceptions, allegations, doubts and repeated (even if possibly unsubstantiated) claims is all that it takes to shape public opinion. This is especially so if, as in this case, a substantial part of the electorate already believed that the government had done a ‘bad job’ in curbing corruption even before these three issues reached the front pages. That the 2019 elections would not be a cakewalk for Modi was clear; it might actually be turning into an uphill trek.

Dr Diego Maiorano is a research fellow at the Institute of South Asian Studies, National University of Singapore. He tweets at @diegoemme Views are personal. Image CC: Flickr

The U.S. reaction to El Salvador’s recognition of the PRC
Why Taiwan is still the creative heart of Mandopop