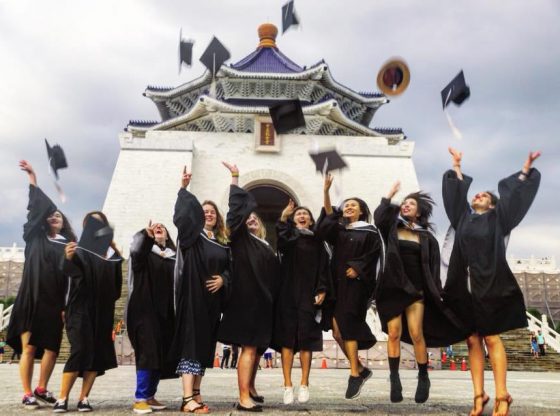 Striving for world class is a central goal within Taiwanese Higher Education (HE). Through orienting themselves toward an ever-increasing number of international students and a push for more English Taught Programs (ETPs), Taiwanese Higher Education Institutions (HEIs), under the supervision of the Ministry of Education (MOE), have been seeking to climb the ranking tables in order to ascend into global imagination. Phrases such as the disease of ranking have surfaced in recent times as notable rankings institutions such as QS as well as the Times Higher Education ranking system have captured the minds of many universities, all of whom are seeking to be seen. Certainly, in the case of the Taiwanese HEIs that aspire for world class, there has been a preference toward seeking institutional partnerships with those universities from powerful nations, in order to not be left behind, as previously espoused by the Deputy Minister of Education.

The Impact of Striving for World Class

The project of achieving world class, which primarily seeks to position at least one Taiwanese university to the ranks of the top 100 leading international institutions of higher education has been provided by the government with a budget of an estimated 1.6 billion dollars. Yet, in the race and desire to climb the global ranks for recognition, a molding of the imagination of Taiwanese HEIs regarding the kinds of professional requirements they ask of their educators has occurred. Indeed, one of such requirements is the establishment of a system that monitors an academics’ publication records in international databases such as the Science Citation Index (SCI), Social Science Citation Index (SSCI) as well as the Engineering Index (EI).

In further considering the impact that this requirement of publishing in internationally renowned journals has had on the assessment of educators, scholars have noted that the quantity and impact of local and international journal publications has become key in evaluating faculty research performance and sees Taiwanese institutions competing for government funding and resources. Indeed, it has often been the case that universities located in low and middle-income countries and that aspire toward the world class status have sacrificed their roles as instigators for national development and thought leadership within their own societies and regions.

In Taiwan then, it may be stated that there is a general institutional focus primarily occupied with output and productivity, which gives Taiwanese educators little time and energy for engaging in transformative and critical forms of teaching practices.

Is Internationalization Ever Really Value Free?

This aspiration for world class does, of course, operate within the broader landscape of internationalization, a powerful force which is often perceived as the logical, beneficial and right way forward for HEIs around the world. Indeed, for contemporary HE in Taiwan, internationalization continues to have a strong hold over the imagination and perceptions of both institutions and educators. Moreover, for Taiwan, as a self-identified multicultural nation with a complex historical narrative (from Aboriginal communities’ early experiences of colonization by the Dutch and Spanish, to Chinese imperialists, the Japanese Occupation, and more recently the authoritarian rule of the KMT) and nuanced national identity, it may be stated that this nation has rich and fertile ground for the enhancing and perhaps even deconstructing the commonly accepted practices of internationalization.

A critical stance is thus needed when looking at the phenomena of internationalization in institutions, and the impact it has on shaping perceptions and practice among both policy makers and educators. International education and internationalization have become accepted worldwide social phenomena, often perceived as the right way forward for both institutions and students. Yet rarely is it critically assessed for the, at times, harmful dynamics it brings for Taiwanese institutions and its educators. For example, an increased desire for English taught programs (marketed to bring in the valuable international student, who are often seen as being able to later serve as cultural ambassadors for Taiwan in their respective countries) often means adopting the norms and values of English-speaking university systems.

In the social context of Taiwan, there also exists a system of cultural and ethnic hierarchy where those hailing from South East Asian countries are often discriminated against or asked to assimilate into Taiwanese society. This is in stark contrast to white individuals hailing from Western nations, who are perceived as the superior other. These contextual dynamics of the nation cannot be separated from practices associated with internationalization. An increasing desire for the international and the prestige of world class will further require Taiwanese higher education institutions, its policy makers and educators to look closely at cultural processes at the grassroots.

The Future of World Class and Internationalization in Taiwan; Where to from here?

Common understanding of internationalization within HE calls for an outward looking orientation toward the world, and to allow more people to become connected as well as cultivate a global vision. But does this mean neglecting the peculiarities and nuances that are local to a certain context? For Taiwan, within conversations concerning its complex historical narrative and ongoing grappling with questions of identity, there exists a deep desire to be seen within the international arena.

Thus, becoming recognized through attaining world class status for its universities is key in the minds of many in Taiwanese higher education institutions. Yet I would suggest that a more critical look at practices of internationalization and the desire for world class within Taiwanese universities, could foster an atmosphere that focused on developing ties and collaboration with other institutions in the South East Asian region (including Vietnam, Thailand, Philippines and Indonesia), and to thus deconstruct some of the stereotypes surrounding individuals hailing from those countries.

Finally, questions for policy makers and educators could include asking in what ways does conforming to the present structure of educational ranking and desire for world class harm both the international and local student population? Perhaps reflecting in such a way could help instigate Taiwanese HEIs and their educators to extricate themselves from the tenacious web of world class.

Arzhia Habibi received her Master’s in International Communication from National Chengchi University in Taiwan. She has since returned to the UK and is a DPhil candidate at the University of Oxford’s Department of Education. Her research interests lie in the field of the sociology of higher education, as well as discourses of global citizenship in UK universities. Image credit: CC by Caroline Hosey/Flickr