The Challenges and Opportunities for Higher Education in Taiwan 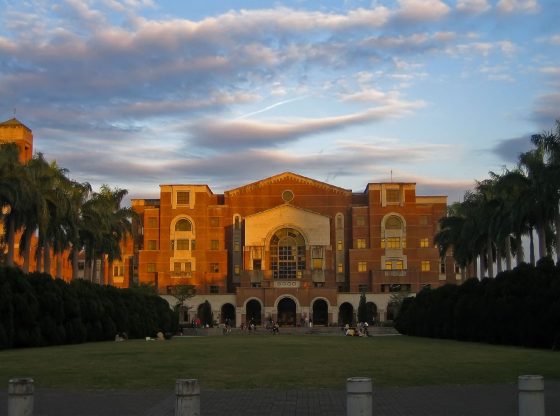 After a period of expansion and reform, Taiwan’s higher education enjoys a high level of participation and a reputation for quality in Asia. The percentage of the population between ages 25 and 64 with a university or an advanced degree reached 45 percent in 2015, significantly higher than the 36 percent average for OECD countries. But the system has been facing increasing pressure from within and from outside of the country, making its future seem less optimistic.

A Candle Burning at Both Ends

During the period 1949 to 1987, the higher education system underwent a phase of planned growth. Many junior colleges and private universities were established to train skilled human resources for emerging industries. During the 1990s the deregulation of education was broadly advocated. In 1994, the “410 Demonstration for Education Reform” called for an increased number of senior high schools and universities in each city to reduce the pressure of massification. In response to public demand, the number of higher education institutions increased considerably, from 130 in 1994 to 164 in 2007. Some were new, but many were upgraded junior colleges or technical institutes. In 1991, the net enrolment rate (NER) was 20 percent, only slightly above the threshold of an “elite” system. It quickly increased to 50 percent in 2004, reaching the “mass” threshold, and 70 percent in 2013 reaching “universal” coverage. The percentage of high school graduates entering university reached 95 percent in 2008 and has remained constant since. However, this extremely high enrolment rate reflects the failure of the system to be selective and a decline of competitiveness within higher education.

A significant risk factor for Taiwan is the low birthrate. According to recent data released by the Central Intelligence Agency (CIA) World Factbook, Taiwan has the third-lowest birthrate in the world. Young couples in Taiwan worry about low salaries, the cost of housing, the cost of education, and achieving a satisfactory standard of living; some embrace DINK (“double income no kids”) as an attractive lifestyle. The Taiwanese government sensed that the situation was already critical in 2011, but is still grappling with how to solve the problem. According to the Ministry of Education, higher education enrolment is expected to decrease from 273,000 in 2015 to 158,000 by 2028. This decrease will have a huge impact on the higher education system, with 20 to 40 universities estimated to be in danger of disappearing within five years, especially small and private universities in the suburbs.

In 2016, the Democratic Progressive Party (DPP), which stands for the ideology of Taiwan independence, won the presidential election. The government then launched a national level “New Southbound Policy” which aims to shift the focus from past endeavours of one-way investing to building bilateral people-to-people links with Southeast and South Asian countries. Since DPP does not accept the Chinese government’s “One China Policy,” the relationship between China and Taiwan soon came to an impasse, directly impacting Chinese tourists and students coming to Taiwan. The number of Chinese short-term students in Taiwan abruptly shrank by 21 percent in 2017 due to a ban from the Chinese government. Chinese scholars who want to visit Taiwan will now face more rigorous vetting by the Taiwanese government. Taiwanese students are also not encouraged to study in China; as a result, the flow of knowledge between China and Taiwan has been stymied by politics.

On the surface, whilst the communication between the two governments seems blocked, the Chinese government still endeavours to push for unification through soft means and directly targets Taiwanese people. For example, it announced “a package of 31 measures” in the spring 2018, to attract young Taiwanese professionals to study, work, and live in China. Coincidentally, in April 2018, an additional “60 measures” was released by Xiamen city, which plans to provide 5,000 job vacancies per year and many other benefits to Taiwanese people. In May 2018, 30 universities in the Jiangsu and Zhejiang provinces in China opened highly-paid professorships, aiming to recruit 150 elite Taiwanese PhD professionals to teach in China. These policies and initiatives from China have attracted attention from the Taiwanese people and are seen as a huge pull factor, potentially triggering a brain-drain and talent deficit crisis in Taiwan.

Taiwanese higher education has gone through the “elite” and “mass” stages, reaching universal enrolment within only few decades. It produced highly-educated citizens for society and valuable human resources for the development of the country, but it also created an oversupply. Employers face difficulties in determining which applicants are the most competent because of the increased number of degree holders, particularly with master and doctoral degrees. In addition, with the impending slowing of the economy and industrial upgrading, fewer vacancies are expected. According to the “Global Talent 2021” report released by Oxford Economics, Taiwan is estimated to be the No.1 country in talent deficit by 2021. Facing increasing global competition and the strong pull of China, higher education in Taiwan is in urgent need of transformation.

A bumpy future for China and Taiwan is foreseeable, but the New Southbound Policy may open another door for higher education institutions in Taiwan. Obviously, the impact from the decline in Chinese students and the threat of brain drain will last for some time, but the policy will create more opportunities for Taiwan’s higher education institutions when they are entering the regional and global education market in the long run. Nevertheless, the quality of higher education needs to be taken seriously. Currently, there is no broadly accepted mechanism to transform or shut down universities that are lacking students. The Taiwanese government should facilitate a university elimination mechanism while protecting a student’s right to education and the teacher’s right to work. It should also properly intervene where universities demonstrate low quality or poor performance, transform or close institutions when student numbers are decreasing, and reduce wasted investment in higher education.

Chia-Ming Hsueh is an Assistant Research Professor at National Cheng Kung University (NCKU) in Taiwan. He holds a Ph.D. in Education from National Taiwan Normal University (NTNU) and was a Fulbright visiting scholar at the Center for International Higher Education, Boston College. An edited version of this article was originally published in Inside Higher Ed. Image credit: CC by Chien Hung Lun/Flickr