The significance of the Sino-Vatican agreement 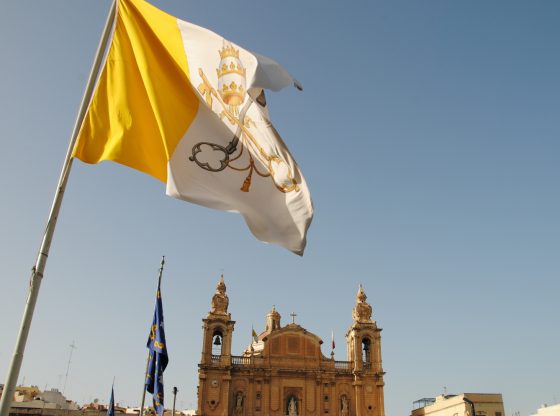 The reports on the progress of Sino-Vatican dialogue often fill up pages in press coverage since the last two years. Finally an agreement was signed on September 22nd in Beijing between the Deputy minister of Foreign Affairs of PRC, Wang Chao, and the Under-secretary for Foreign Relations in the Vatican Secretariat of State, Mgr Antoine Camilleri.

The signing of the agreement caught international opinion by surprise. This date however is worth remembering, because it is first interaction official agreement achieved between the two contracting parties since 1949. Considerable criticism, both reasonable or groundless, inaccurate or selective, have been made to judge the significance and impacts of the agreement between the Vatican City and Beijing China. The fact that China and the Vatican consent not to publish the content of this agreement only multiplies said criticism and speculation. I express my opinion on this sensitive issue, neither on behalf of the establishment I work for, nor on the request of any official institution of what it may be. Trying to be neutral and objective, I share my viewpoint according to my learning from the press and from my knowledge on the Vatican diplomacy.

From what Pope Francis and the Cardinal Pietro Parolin, Vatican Secretary of State, declared, we learn that the agreement would include, at least, the modality of the nomination of new bishops in future and the Pape’s last words on the nomination of new bishops, as well as the Holy See’s recognition of the eight illegal bishops, including one dead in January 2017. All the bishops, official or underground, are loyal to the Pape since then. One of the priorities of Vatican diplomacy is to ensure the primacy of Papacy in local Churches. For this point, the Holy See has reached its goal in terms of the agreement. At the other side, the PRC government appears relatively silent and few emotions expressed on the event. It seems satisfied with the signing of the deal too.

But it doesn’t mean that the Chinese episcopacy would be recognized ipso facto by the Holy See, since the bishops of the underground Church have not yet themselves been recognized by the Chinese authorities. It needs time. Two Chinese bishops, of which one was illegal, but legalized now by Rome, participated in the Synod in Vatican in October on the Holy See’s invitation.

The press is interested in diplomatic aspect the agreement may contain. On February 2, 2017, the Pope Francis accepted interviews in the flight to Rome after his pontifical visit to Myanmar and Bangladesh. He said that an ongoing negotiation with Beijing bore somewhat political colour in order to discuss on the issue of the Chinese Church. The political attachment of Chinese Church affairs is indeed unavoidable, due to the PRC government’s policy. According to the Vatican sources, the agreement they reached didn’t even mention one word neither on Taiwan, nor on diplomatic ties. We can believe that this declaration is correct, since the nomination of new Chinese bishops doesn’t concern the diplomatic issue. The nature of this agreement is completely pastoral. For this moment on, there is no any impact on Vatican-Taiwan relations.

Tsai Ing-wen’s administration’s entered office in May 2016. Since that time, five countries have decided to contract diplomatic ties with the People’s Republic of China. As of writing, seventeen countries continue to recognise Taiwan as the Republic of China. To ensure the morale of Taiwanese people, the Taiwanese authorities emphasise on the one hand the cordial relations with the Vatican , and express, on the other hand, their wishes of such Sino-Vatican agreement bringing religious freedom to Chinese people. As matter of fact, the Taipei based government doesn’t have many stakes in the rapprochement of the Vatican to China. What it can do is to maintain and pursue the democracy and free economics which attract the admiration from the world. If real religious freedom in mainland China comes true one day, it may become a positive sign for the peoples of both sides to get along with each other and hopefully this atmosphere can bring some political peace of both sides of the Strait.

No clear and sure information gives us on the treated topics in the ongoing or upcoming new round Sino-Vatican negotiations. Probably the issue on nomination of new bishops for many dioceses which suffer of episcopal vacancy is on the table. The problem is crucial and urgent to be resolved. Moreover the recognition of the Chinese authorities toward the bishops of the underground Church needs to be discussed too. Still it needs time.

In addition to the nomination of new bishops, there are many other important issues to be treated in future Sino-Vatican negotiations: integration of members of the underground Church into the official Church, role and functions of the Catholic Patriotic Association, formation in seminaries, catechumenate, delimitation of the territories of dioceses, access to internet for evangelisation and pastoral, visits of clergymen between Vatican to China. Each issue is complex in itself and needs to be studied by both sides.

As matter of fact, many adjustments of the ecclesial structure should be made result of the signing of the agreement. It signifies just a starting point of a series of negotiations and agreements in the future. Each progress and fruit of negotiations will be historical event, for sure.

We still need to observe how the agreement is implemented in the coming months and years. The agreement will be regularly revised. When the Chinese Church announces to elect some new bishops, we will know better how the mechanism and system work and what the result brings impacts to this Church. The consequences of new episcopal elections will certainly influence effects of the agreement and furthermore the interactions and upcoming negotiations between the Vatican and PRC. This agreement is absolutely significant for serving a basis of developing mutual relations, as well as a thermometer for these relations.