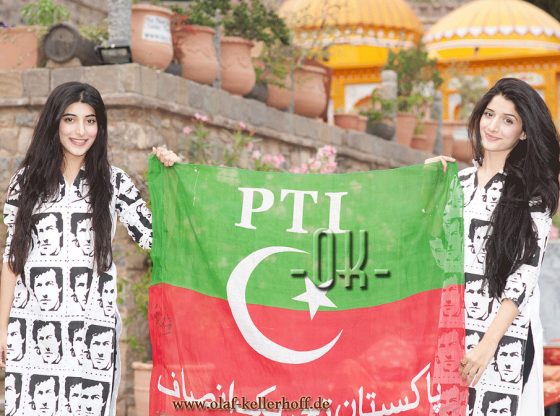 The Pakistan elections of 2018 were the first time that the voters had the ability to engage in a two-way communication with those who sought their votes. As a result, a tremendous surge in the use of social and electronic media was observed. Throughout the election process, political parties, individual candidates, and ordinary citizens exploited social media to achieve their desired ends. While social media was a tool for strategic communication by the political parties, it also served as a mouth-piece for the ordinary citizens and an alternative to the mainstream media for the expression of dissent.

An overview of Pakistan’s demographics and social media statistics offers an excellent explainer on the rationale behind the communication strategies of the leading political parties. It features over 100 TV channels for a population of 210 million that boasts over 150 million mobile phone users which include 57 million 3G/4G subscribers. While Facebook has over 35 million users in Pakistan, the most frequented website/app is YouTube (July 2018) closely followed by Google. WhatsApp, Viber, Instagram, and Twitter are other popular messaging apps.

With 64 percent of its population aged under 30 years and a voting age of 18 years, it was evident that Pakistan’s young voters held the key to the political future of their country. On the flip side, compared to their older generations, the political views of these young people were less rooted in the political history of Pakistan and they were more susceptible to political campaigns via social and electronic media.

The PTI were the first to tap the resource of social media and employ it in its election campaigns in 2008 and 2013. But it was not until 2014, when Pakistan mounted 3G/4G mobile internet, that the real potential of social media was realised. In the 2018 elections the PTI and the PML-N capitalised on the potential of the electronic and social media. The Pakistan People’s Party, Tehrik-e-Labbaik Pakistan, Jamiat Ulma-e-Islam (F), and other national and regional parties joined the race when the trend was already set.

The PTI and the PML-N social media

In the 2018 elections, the PTI and the PML-N employed social media as a tool of opinion making and mass mobilisation. A basic function of their social media cells was the promotion of their respective agendas and criticism of opponents. In order to motivate their workers, both the PTI and the PML-N organised several social media conventions across the country and social media campaigns. As the elections drew closer, the PTI became more organised and strategic in its use of social media from its bases in Pakistan and abroad. In contrast, the PML (N) social media was in shambles after Maryam Nawaz’s departure to London on 14th June and subsequent imprisonment on 13th July. By the time of the elections, their social media campaign had dwindled to a rudderless, erratic enterprise.The newly-appointed Chairman of Central Media Committee, Mushahid Hussain Syed developed an Anti-Rigging System to expose and prevent rigging attempts on the polling day. However, he did not enjoy the popularity and success that Maryam Nawaz did among the workers of the PML-N.

Just weeks before the elections, the PTI launched an app linked to a database of more than 50 million voters. With this app, the PTI workers could flag their supporters, approach them before polling and guide them to the polling stations on 25th July. The app enabled PTI workers to print each voter’s polling slip with a single click. This quickened the process for them compared to the workers of other parties who relied on the ECP SMS Service to obtain voter information and hand-writing the voter slips. It’s not clear whether this data was sourced legally and whether it amounted to an unfair advantage over other parties.

The PTI campaign dominated electronic and social media. Sharing screen grabs of TV news was a common practice. Some TV channels openly campaigned for their favourite parties and leaders. ARY News openly supported the PTI and ran news stories which the PTI social media instantly exploited to leverage ‘credible’ advantage for their campaign. PTI’s social media picked up ‘breaking news’ and echoed it on their platforms. This sowed confusion, frustration, and anger among the PML-N workers and voters on the eve of polling.

The ordinary citizens and social media

For the ordinary citizens, social media served as a mouthpiece to voice their opinion. It enhanced their awareness of rights and enabled the underprivileged voters to confront and question those they voted for. Thanks to electronic and social media, Pakistani society has evolved a more informed and politically participative culture. This defies a fundamental tenet of the conventional wisdom that had guided Pakistan’s electoral politics for decades: voters have a short-lived memory. This time the voters had much more than conventional memory at their disposal. They had a mobile phone and social media and they made good use of it.

Social media is giving courage to ordinary Pakistani. Once a video has gone viral it’s picked by the electronic media and the authorities.Once made public the message wins support and ensures a degree of immunity from further abuse and injustice. There were several videos of disgruntled constituents that went viral on social media. The issues behind these stories of public wrath were similar across the country: underperformance, lack of contact with constituents, urban development, health, education, and law and order. The cases of Jamal Leghari, Sikandar Bosan and other politicians confronted by their constituents indicated that ordinary voters had utilised the potential of social media as a mouthpiece for the ordinary citizen. Awais Leghari lost to the PTI’s Zartaj Gull and the PTI was forced to withdraw Sikandar Bosan’s ticket after public protest.

Although the youngster who had confronted and filmed Jamal Leghari was a PTI supporter, the overall trend indicates that ordinary citizens have embraced social media as an instrument. If the PTI has benefitted from it on this occasion, it may not always be able to maintain this advantage. With the rise of social media, the culture of interaction between politicians and the general public has changed dramatically. The expression of public anger through social media in the 2018 elections has cultivated a new image of voters in the eyes of Pakistani politicians. The resourcefulness of ordinary citizens, increased awareness, and their ability to publicly express their opinion has become a consideration for political parties and individual candidates which they can no longer afford to disregard.

Social media as an alternative tool for political expression

What the mainstream Pakistani media was unwilling or unable to show made its way to social media. On 13th July, Geo TV’s Talat Hussain took to Twitter when his channel refused to broadcast his coverage of Shahbaz Sharif’s rally. In the context of the elections, TV anchor Fahad Hussain chose Facebook and Twitter to launch his scathing attacks on the establishment and the deeply polarised and controlled media. On 21st July, Pakistani TV channels censored Justice Siddiqui’s explosive speech to the Rawalpindi Bar Association but it went viral on social media within an hour. Lawyers, activists, and political workers shared clips of Justice Siddiqui’s address on social media platforms. Justice Siddiqui had claimed that security agencies were directly involved in the management of high-profile political cases. Unsurprisingly, social media also facilitated vilification campaigns against Justice Siddiqui.

Amid accusations of media control, restrictions and self-censorship during the general elections in Pakistan, social media facilitated the expression of dissent and protest.

Khalid Jarral is a Doctoral Researcher at the School of Politics and International Relations where he is a member of the University of Nottingham Asia Research Institute. Image courtesy:Flickr.

The Challenges and Opportunities for Higher Education in Taiwan
Personal Take: Fictionalizing History, History as Fiction