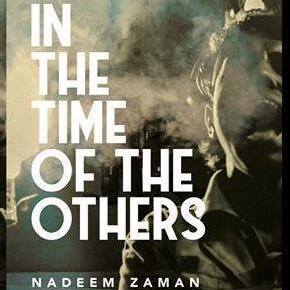 As a Bangladeshi I grew up on a steady diet of stories of the Bangladesh Liberation War 1971. As a Bangladeshi born to parents that lived through that war I inherited a history that sets the very foundation on which my identity stands. This, with my decision to be a writer added to the mix, produced the roots of what would become my debut novel In the Time of the Others (Picador/Pan Macmillan India 2018).

A book about a historical event requires research, regardless if it is a novel or a factual/historical/historian’s account. By the time I was an undergraduate in college my mind was hooked on this idea. I had scenes visualised in my head depicting the carnage carried out by the army of Pakistan on Bengalis. I drew characters in my imagination based on those I had read in books of historical fiction and movies. In a creative writing class I wrote a story that took place during the war, my first attempt at putting words to paper.

History as fiction is not the same as history being interpreted strictly based on facts. Both the novelist and the historian tell stories that rely on the way they see the world and try to better understand its chaos. When research is added to the equation, the rules by which each discipline is governed diverge.

The novelist’s first job is to tell a story, even when that story is set against a historical backdrop or depicts true events, replete with contrary or counter-factual information, and other unpredictable factors. Even for such projects as these, knowledge of the actual events have to be well-known to the writer before they can alter them at the service of their fiction.

Research depends on availability of materials, access to them, and their veracity. In this regard not all topics are equally represented. There are those events about which there is such a profusion of materials that wading through them is half the battle; and there are major episodes in world history that barely register on an Internet search and sometimes return zero results in library catalogues.

Depending on how much hard information a novelist needs, they can make do with the most essential facts. If their work centres around an event about which very little is available, but they have the Who-What-When-Why-Where, they can, at least for the sake of setting down their principal story, get the narrative on the page. If, however, the topic of their book depends completely on re-creating factual events, they have to be as meticulously attentive to collecting the correct information, checking and re-checking facts at every step, and being vigilant about the sources from which they are getting their information.

When I went searching in my university library for books on the Bangladesh Liberation War, my excitement was immediately snubbed. I found nothing devoted to the topic, unless it was in a book on Indian history and, to my recollection, nothing at all on Bangladesh. One text cross-referenced the War: Massacre by Robert Payne. I checked out the small, hardcover red book and began poring over it. What I found was disheartening from the historical perspective, nominally pleasing from the researcher perspective, and the single redeeming offering of one incredible event.

Research depends on availability of materials, access to them, and their veracity. In this regard not all topics are equally represented.

Payne’s assessment of massacres and the people and forces behind them was based on instances of mass human slaughter best known to Western readers, up until the publication of his book in 1973. And yet, couched among them was one episode that occurred during the Bangladesh Liberation War, an event I was convinced was of no consequence to the West. I read and re-read that chapter until I had the account memorised. Many years later a fictionalised version of it became a crucial part of my novel. By then, some two decades after my first encounter with Payne’s book, information and ways of gathering it had vastly changed, and I had returned to Bangladesh for a year long stay after being away from it for twenty-six.

Being in Bangladesh was the final leg of my research, specifically being in Dhaka. My novel takes place entirely in the capital of Bangladesh, where the pivotal opening moments of the Liberation War took place. It was not enough for me to read accounts and look at countless pictures online: I had to be there physically. I needed to walk the grounds of Dhaka University, go inside the Rajarbagh Police Lines, spend time at what used to be a brick kiln at Rayerbazaar, where more than two hundred Bengali intellectuals were murdered in the last two days of the war, take in the vicinity of Pilkhana and Satmasjid Road, all of which I had the great fortune to do multiple times during my stay.

On March 26 of this year, Bangladesh’s Independence Day, I listened to a former police officer recount his memory of the night of March 25, 1971, the night General Yahya Khan ordered a massive crackdown of Dhaka. The retired officer, a lean, tall, and garrulous man, shared his account of that with the frankness of a stranger opening his home to a weary traveller and reinvigorating them in the course of the night. I was happy to be that traveller, grateful for the hospitality.

Not all research happen the same way. I could, given the ease with which information and materials are available to me these days, have relied entirely on family stories, books, documents, and other eyewitness accounts obtainable in Bengali and English. In the end, I was writing fiction. I could make up as much as I wanted. I was fortunate. I got to go back to the country of my birth and first fifteen years of life after a long absence, and I could not have imagined a more fitting reason as researching my novel as a complement. Given the dangers facing free speech and historical inquiry globally, including in Bangladesh, I feel privileged and duty-bound to play a part in this conversation.

Nadeem Zaman is the author of the novel In the Time of the Others and the short story collection Days and Nights in the City. He lives in Maryland. Image Credit: image provided with full permission by author.

Pakistan Elections: the role of social media
Why China and Taiwan agree on the South China Sea