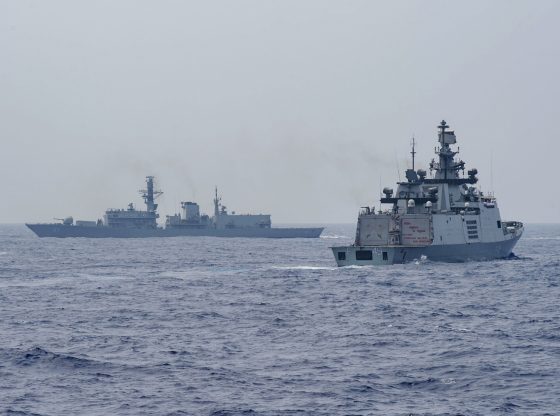 There are few David versus Goliath matchups in the international system quite like Taiwan versus China. Across virtually every indicator of national power, Taiwan is completely outclassed.

In the past, Taiwan relied on a qualitatively superior military and an  implicit U.S. security guarantee  to maintain its de facto independence, but advances in military technology have enabled Beijing to close the quality gap. Taiwan’s military equipment and doctrine is ill-suited to this new reality. If Taiwan wishes to preserve its de facto independence, it must take a  page out of Beijing’s playbook  and adopt an anti-access/area denial (A2/AD) strategy.

A2/AD incorporates guided weapons and intelligence/observation systems to prevent enemy military forces from entering a specified area, and, failing that, make it costly for forces to operate within said area. Relatively inexpensive weapons systems that are difficult to defend against, such as long-range  anti-ship cruise and ballistic missiles , are a hallmark of A2/AD. American military and political objectives in East Asia require power projection, the moving of air and naval power close to China’s shores. A2/AD is designed to make that difficult.

The same A2/AD concepts and technology that threaten U.S. forces’ freedom of movement can be used by Taiwan to defend against a Chinese invasion. This is just one of several military scenarios  that could unfold, but the Taiwanese military should be prepared for the worst. The first phase of a Chinese invasion would be establishing air superiority over the Taiwan Strait and control of the sea around Taiwan. China needs to project power in order to accomplish its objectives. Taiwan can’t defeat China in a stand-up fight, but it can  deny the PLA  from achieving its objectives with an A2/AD strategy.

Today, Taiwan does not have the necessary military equipment, especially air and naval forces, to conduct an effective A2/AD strategy. Despite having talented pilots, the fighter aircraft of Taiwan’s air force are outclassed by new and numerous Chinese aircraft and missile systems. Earlier this week, the RAND Corporation  published a study  assessing Taiwan’s air defense options. The study recommends reducing the size of Taiwan’s relatively costly, aging, and increasingly vulnerable fighter fleet to invest a limited military budget toward mobile surface to air (SAM) missile systems. The relatively few surface warships in Taiwan’s navy are similarly vulnerable to Chinese weapons systems.  James Holmes  of the Naval War College recently recommended that Taiwan’s navy acquire more numerous, fast  missile boats  armed with anti-ship missiles instead of fewer, larger  surface warships  that would be relatively easy for the PLA to locate and sink.

Getting Taiwan’s military, people, and politicians to accept an A2/AD strategy will be difficult. Capabilities like surface warships and fighter aircraft are symbols of national strength and pride that are hard to do away with even if they are costly and vulnerable in a fight against China. Taiwan’s president Tsai Ing-wen has promised to increase military spending, which could allow the military to keep these weapons while also increasing their arsenal of weapons suited for A2/AD. In any case, Taiwan’s military should start developing the capabilities and doctrine to use A2/AD against China. This will improve Taiwan’s ability to deter China, and defend itself from invasion should deterrence fail.

This article has been republished from The National Interest with the permission of the editor.Image credit: CC by U.S. Pacific Fleet/Flickr.

Tell the World I am Coming Home: Asian Culture and the Third Culture Kid
The limits of Chinese interference in Africa’s media landscape