Tell the World I am Coming Home: Asian Culture and the Third Culture Kid 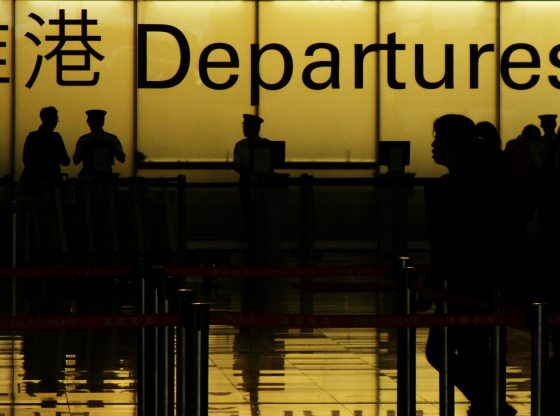 By definition, a third culture kid (TCK) is one who has grown up in a culture different to that of their parents. Leaving aside the logistics of growing up without firm cultural roots, a person who spends their time, even for a short while, away from their home culture tends to find their world view changed.

This creates a certain identity crisis for TCKs – suddenly, their existence becomes an anomaly in both the country of residence, and the home country. Relatives no longer understand certain aspects of the child’s life; children question facts, rituals or cultural expectations because now they have seen another angle; and parents grapple with balancing their own brand of parenting in a country that does things differently. It is no surprise, then, that children growing up away from their cultural roots tend to become highly sensitive to local cultures. Within the Asian context however, an alternative question arises – why are Asian citizens not more forgiving towards those who have cultural identity crises?

It is an established fact that when European countries colonised the continent, they blended their own brand of cultural and social thinking into the local context – thus creating a somewhat mixed culture for the indigenous populations. Over the years, westernised thinking seeped into the local culture; where after gaining independence, certain aspects of the new country’s culture, politics and lifestyle still imbued the colonial bent of mind – such as in education, architecture, language, and political development.

This naturally created a void – does the newly created country disavow everything that has been part of its existence for generations, or does it find a way to adjust and recreate itself to engage in a new kind of ‘personality’? In the heart of every TCK lies this very conundrum. How does one begin to assimilate, without losing one’s former identity?

Asian TCKs in particular have an almost unique version of this paradox on their hands. While globally, countries tend to be protective of their national identities, Asian countries in particular seem to be especially protective of their homes. Given the brutal history and the struggle of these nations, it is natural that their people would be cautious and at times untrusting of outsiders. And an Asian TCK embodies so many things a local Asian may be inherently wary of: foreign influence, a potentially stronger education, a possible accent, new rules, or a break from tradition.

All this can be seen in the eyes of myriad Indian, Japanese, Pakistani, Korean, Indonesian, and other Asian children studying in international schools – where every family day, and every International Day is a feast of global cuisines being served by parents and children boldly displaying their heritage to hungry peers. Even in modern times, and despite the advent of global communications, an Asian TCK has a tougher time fitting back into the competitive, exclusive, community-based societies in Asia than they do in any other part of the world.  Such individuals are considered an odd minority in both their home and host countries; a person seeking solace and unquestioning acceptance from societies who refuse to consider them one of their own.

In the heart of every TCK, lies this very conundrum. How does one begin to assimilate, without losing one’s former identity?

In order to ‘fit in’, the average immigrant (TCK included) has one of four options when it comes to settling into a new country: assimilation, separation, integration, or marginalisation. TCKs tend to favour integration or the idea of blending the new culture into their own. In that sense, the TCK has taken a step towards seeking acceptance in their new home town. But that does not necessarily mean that they gain acceptance. It is here that we return to the question of what it means to have a base culture, and why a unified, country-wide culture is so important. Theft or loss of one’s culture makes one protective of what they have left. But that does not explain why places like New York or London are more considerate towards those who come from somewhere else, while places like Singapore, Mumbai, Hong Kong, or Jakarta are more closed.

One explored theme is of course the kneejerk reaction to colonialism. Another possible explanation lies in the resultant development of these countries. Places like Singapore or Hong Kong can ostensibly be considered first world countries while the others certainly still fall under third world nations. Both cases though, are not what we could call established countries. All these countries are less than a century old in modern terms, and therefore still trying to understand their own relationship to a rapidly growing world. They’re the equivalent of a restless teenager, trying to find their place in a changing world without being thrown aside or resorting to counterproductive self-help like denial and self-doubt. And teenagers are notorious for casting aside things they don’t understand or those who are fundamentally different to them.

How, then, can we embrace this growing population of youths, particularly in places as closed and diffident as in parts of Asia? What boundaries can be reconsidered to allow for engagement with those who are only slightly different? And until then, where does this dismissal leave those who have been branded outsiders?

Perhaps it starts with the admission that “foreign” does not equate to “threat”. The time may be fast approaching for Asian societies to reconsider the value a foreign perspective can bring: recognising that despite the hundreds of years of oppression and the challenges of having to rebuild, each nation within Asia already has its own solid culture and heritage, and perhaps in today’s world, a person who’s come home might just enrich local culture as opposed to endanger it.

Niyati Pingali works in an advisory role in the volunteering industry in Singapore. She is an alumnus of the University of Queensland, St. Lucia. Image Credit: CC by Flickr/Bailey Cheng