The limits of Chinese interference in Africa’s media landscape 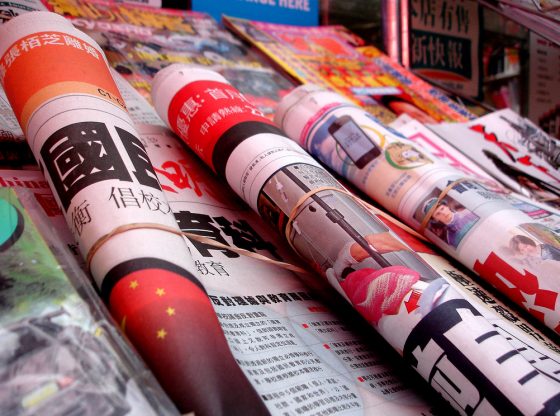 Is China trying to censor African media critical of its policies? This is the claim recently made by a New York-based journalist, Azad Essa, who attributed his dismissal from the list of regular contributors to South African news group Independent Media to direct pressure by China. The reason for the axing of his column, he claimed, was a piece he wrote shortly before in which he denounced the persecution of Muslims in China’s Xinjiang province.  After publicizing his case on social media, Essa wrote an article titled ‘China Is Buying African Media’s Silence’ in which he claims that “[a]fter more than a decade of planning, setting up, and bankrolling African media, the Chinese are finally ready to cash in on their investment.” But, is this really the case?

African audiences have occupied a privileged position in China’s media efforts overseas since the 1950s. At the time, revolutionary pamphlets, magazines and radio broadcasts were created specifically for local audiences. While the Cultural Revolution led to a reduction of mediated exchanges which continued until the 1990s, the turn of the century brought renewed interest in the continent as China began embracing her ‘going out policy’. Starting in 2004, when Xinhua, China’s State news agency, moved its regional headquarters for Sub-Saharan Africa from Paris to Nairobi, the presence of Chinese State- and privately-owned media and telecommunications companies in the continent has become ever more noticeable. In 2006, China Radio International established a multilingual FM radio station in Kenya; in 2012, China Daily, an English-language newspaper, launched its African weekly edition, and China Central Television created CCTV Africa (now called CGTN Africa), a broadcasting and production centre in Nairobi. Other ventures include the monthly Chinafricamagazine, headquartered in Johannesburg, and the extensive portfolio of StarTimes, a pay TV provider operating in over twenty African countries.

Chinese media’s re-engagement with Africa in the 2000s did not occur in isolation. It was preceded by a significant increase in flows of goods, capital and people between China and African countries. While these exchanges have always been described as “win-win” and “mutually beneficial” by Beijing, in Europe and North America, they were often equated to a new form of economic colonialism. Alarmed by the way in which the Sino-African relationship was described outside of China, Beijing encouraged Chinese media such as Xinhua and CGTN to go out and tell the ‘real’ story to African and global audiences.

Currently, Chinese media and telecommunication companies engage with African countries in five different ways: content production, content distribution, infrastructure development, direct investment, and training and education. For instance, StarTimes produces TV content, such as Chinese soap operas dubbed into African languages, and then distributes it through its own platform. Huawei has won bids to build, maintain or upgrade mobile communication networks in multiple Sub-Saharan African countries. And, Xinhua and CGTN, not only produce content, but they are also involved in educational programmes for African media professionals at Chinese training centres and universities.

Often, projects and deals involving Chinese companies in Africa are subject to higher levels of public opinion scrutiny than would be the case for other foreign investors from Western metropoles. Controversies abound in the media sector. One such case is the participation of two State-owned investment holdings, China International Television Corporation and the China Africa Development Fund, in the 2013 acquisition of South Africa’s Independent Media by Sekunjalo, an investment entity owned by Dr Iqbal Survé. While Chinese investors only acquired a 20 per cent stake in the company, at the time, many in South Africa voiced their concern over the potential consequences on the editorial agenda of the group, which publishes more than a dozen newspapers. Also, as part of another deal with Xinhua, Independent Media also agreed to republish content from the Chinese wire service.

Adding to the concerns about possible Chinese influence is the proximity of Dr Survé to the ruling party in South Africa, the African National Congress, and (until they had a fall-out), to the controversial Gupta family under investigation for undue influence on former president Jacob Zuma – what has become known as ‘state capture’. Very soon after taking control of Independent Media, Survé fired the editor of one of the group’s newspapers, the Cape Times, Alide Dasnois, in what was seen as retribution for her publication of a finding alleging impropriety in the awarding of a state tender to a Sekunjalo subsidiary. The fears about Chinese influence probably only amplified pre-existing concerns about Survé’s commitment to editorial independence.

It is against this background that the termination of Azad Essa’s column could have been interpreted as confirmation of intolerance for critical journalism at Independent Media. While it is not possible for those outside the news organization to know who decided that Essa contribution were to stop, one could venture to say that, given what is widely seen as a demise of critical and quality journalism at Independent Media after Survé’s acquisition, the discontinuation of Essa’s column is probably a result of pre-emptive self-censorship rather than due to a direct interference by Beijing.

While worrying on its own terms, the Independent Media case is an isolated one in the broader context of South African journalism. Our research among journalists in South Africa showed a very high level of skepticism and even ingrained bias towards Chinese media. Journalists appeared vigilant over incursions into media independence, and resisted any attempts to do so.  In another study, in which we looked at future media professionals in South Africa and Kenya, we found high levels of ignorance, apathy and bias towards Chinese media content.

Unfortunately, many of the responses to Chinese media influence have taken the form of knee-jerk generalizations or extrapolations from a single instance like the discontinuation of Essa’s column. Popular denunciations of China’s alleged censorship often do not take into account how the political economy of media – not only those where Chinese money is involved – often impact on editorial agendas in subtle rather than crude and direct ways. Nor, does popular journalism often go to the trouble of consulting scholarly research.

The social media furor surrounding Essa’s case is, ironically, probably a stronger indication of the high level of media independence, robust public engagement and jealous guarding of journalistic freedom in South Africa than it is of its erosion.

That China is seeking to extend its influence in the African media sphere is clear. However, this influence is likely to take the shape of indirect mechanisms such as syndication of Xinhua and CTGN pro-Beijing content by African media, or the training of thousands of African media professionals at Chinese universities. Also, China’s support of undemocratic regimes on the continent could strengthen the repression of journalists in those countries. All of these do exist. However, exaggerated claims that China is able to exert direct control of privately-owned media’s content is a distraction from a more nuanced and careful investigation of how influence operates in much subtler ways.

Prof. Herman Wasserman is Director of the Centre for Film and Media Studies at the University of Cape Town.

Dr. Dani Madrid-Morales is an Assistant Professor in Journalism at the Jacki J. Valenti School of Communication, University of Houston.