Balancing Development and Sustainability in Bangladesh – the challenging road ahead 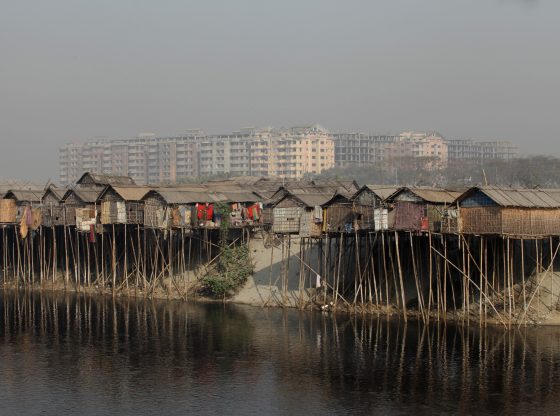 A report conducted by New York-based research firm Wealth-X showed Bangladesh having the fastest rate of growth in the number of ultra-high net worth individuals during 2012-2017, with a 17.3 per cent increase. This growth in Bangladesh is part of a general incline in wealth accumulation in Asia, from the financial, manufacturing and tech industries. The global wealth growth has more than tripled from 3.5 per cent in 2016 to 12.9 per cent in 2017.

What does this mean for environmental preservation and sustainable development in the country? The obvious conclusion is that the economy would want to keep this trend going and keep participating in the rise of the Asian powers.

But at what cost? Can we expect this growth to result in investment into cleaner initiatives, or is this a sign of a looming implosion of the economy?

As of 2017, Bangladesh has only just started the process of relocating tanneries out of the capital’s chemically ravaged Hazaribagh area. With poor urban planning and environmental law enforcement, the completion of this relocation plan has faced multiple delays and will possibly continue on till 2019 or further.

Air quality in Dhaka in 2017 has raised concerns for public health. The Air Quality Index (AQI) reported by the CASE project of the Department of Environment in November 2017 was said to be 374, very unhealthy levels especially due to dust from brick kilns and fuel exhaust from cars and households getting exacerbated during the drier seasons.

However, not all matters of environmental concern are due to lack of proper governance. The massive settlement of Rohingya refugees at the Kutupalong camp has raised concerns of environmental degradation and risks to quality of human life in the region, both for refugees and the local residents. High rates of deforestation, water supply depletion and ecological damage has occurred to sustain the sudden influx of mass population in the area.

Out of 180 countries surveyed under the environmental performance index (EPI) in 2018, Bangladesh currently stands at 179 for air quality results, 178 for environmental health indicators (India stands last at 180) and slightly better at 128 for water and sanitation.

What does this mean for environmental preservation and sustainable development in the country? The obvious conclusion is that the economy would want to keep this trend going and keep participating in the rise of the Asian powers.

Perhaps the most surprising thing about a country with such low environmental rankings is that Bangladesh has a strong legal governance system in place for environmental preservation. Working with the World Bank and the UN, the Bangladesh government has developed multiple projects that call for greener and inclusive sustainable development. The problem lies in the fact that, while the government has complied with all international treaties for environmental preservation and sustainable development and has called for greener and inclusive development projects, these solutions remain top-down and report almost no visible implementation on the ground level.

Whatever sustainable methods are being applied are so poorly managed that even successfully implemented projects are not having the mitigating impact expected. The seventh five year plan on a local level, signing the Paris Agreement on an international level and working with UN agencies all lay out green initiatives but get stifled in bureaucratic and political nets before it can reach the most vulnerable populations.

At the end of the day, like China and India, Bangladesh’s attempts to alleviate its immediate environmental challenges depends on cost-efficiency. With the population of the extreme poor headed towards single digit percentages by 2030, the economy is not going to stop to adjust its growth rate for expensive sustainable alternatives.

Another setback for sustainable development practices is that this is a process that requires knowledge sharing for proper implementation. In many western nations, even though corporations are still in the process of turning green, individuals have adapted to environment-conscious lifestyles and waste management on a microeconomic level. Bangladesh is still very far from adopting such practices simply because there are not enough channels for these ideas to trickle down to the masses.

Despite the long term negative implications, it is understandable that Bangladesh’s priority is to stay on course for further economic advancement. It was not until 2014 that China declared its ‘war on pollution’ and India ranked 180th on the EPI index in 2018. Concerns over environmental issues could arise in a hypothetical, post-materialist Bangladesh when the more pressing issues of socio-economic security are alleviated.

However, the exposure to environmental externalities is not equal across the board. Bangladesh has some of the most vulnerable communities in the world exposed to the worst of human conditions arising from the by-products of economic activity. With a broken system that lacks enforcement power, the many treaties and protocols Bangladesh has ratified over the years remain effective in making it appear the government understands the urgency of these issues.

Bangladesh is in a precarious position because its environmental problems pose two urgent challenges. The air quality, water pollution and poor development planning at present stand to undermine the improvements in standards of living this economic boom could bring, and in the long run, without sustainable planning, this economic growth will inevitably stagnate.

Without a complete structural readjustment, Bangladesh does not stand to break much ground in sustainable development. The first step is to recognize that economic growth will not be possible without integrating sustainable environment-friendly practices into business and development projects. The second would be to enforce laws that are already in place and give voice to the environmental lawyers and activists fighting for the rights of the poorest and most vulnerable communities exposed to environmental impact.

Finally, disseminating information on sustainable solutions should be prioritized by educational institutions, NGOs and all formal and informal channels of communication. Making the masses aware that there are ways to avoid or mitigate pollution would in turn generate enough support for sustainable development to influence elections in the future.

The wealth increase can be framed as an opportunity for Bangladesh to scale up its environmental efforts. Instead of relying on uncertain support, such as that promised in the Paris Agreement, Bangladesh can set aside funds to support its own initiatives. Even the smallest of movements can gather momentum, especially if cross-border environmental projects for mutual protection of natural resources can be achieved.

Tanzia Amreen Haq is doing her MA in International Relations at Monash University. She completed her B.Sc in Economics from Independent University Bangladesh. She is currently researching sustainable development practices in Melbourne. Image Credit: CC by Flickr/Asian Development Bank.