Will Africa be able to make use of Chinese development finance for sustainable development?

Home /Africa, China/Will Africa be able to make use of Chinese development finance for sustainable development? 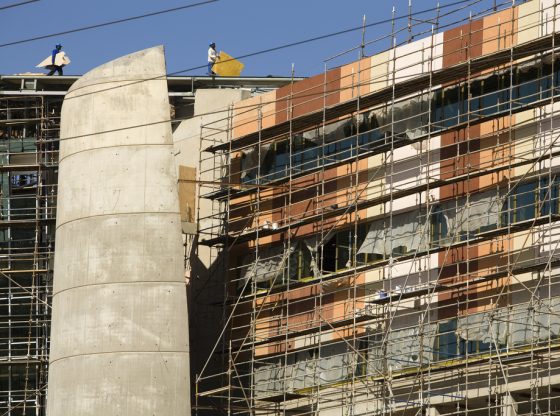 Africa’s population is expected to double by 2050. Already today, 60% of Africans are below the age of 25. To give them a prosperous future requires structural transformation: African countries need to move beyond resource driven growth towards an industry and service sector based development model.

While Africa is becoming younger, China is facing the opposite demographic challenge. In 2012, its working age population began to shrink for the first time, and is expected to diminish significantly after 2020. At the same time, China’s industry is facing massive over-capacities. China’s leadership is hoping to reduce it through internationalisation of enterprises and through outsourcing of low tech industries. According to the IMF, the relocation of labour intensive industries from China to Africa offers the latter the prospect of a demographic dividend. Yet, this will require structural transformation and integration into global value chains.

China was a negligible actor on the African continent twenty years ago. Today, it’s Africa’s most important economic partner and the largest financier of infrastructure. In the past 20 years, Sino-African trade grew yearly by 20%. In 2009, China overtook the US as Africa’s largest trade partner. China’s investment flows to Africa have yearly grown on average by 40% since the global financial crisis of 2008. According to a 2017 McKinsey study, if one would include private investments that are not listed in official statistics, this number could be 15 per cent higher. At the latest meeting of the Forum on China-Africa Cooperation (FOCAC) that took place in Beijing in September 2018, China promised Africa 60 billion US-Dollar in aid and investment.  The largest part of it are export credits and loans with near market rates. Compared to the 2015 Johannesburg FOCAC meeting, China’s commitments included less aid and concessional loans. But most notably, the overall development financing pattern is slowly shifting from the previously prevailing “resources for infrastructure” model to support of Chinese companies’ equity investment in Africa.

While China’s presence in Africa appears to be dominated by large state-owned enterprises and big infrastructure and energy projects, the reality is much more complex. Around 90% of Chinese companies operating in Africa are private. For many of them, development cooperation mechanisms like the China Africa Development Fund have served as door openers. Huawei and ZTE, for example, are behind the rapid development of Africa’s telecommunication infrastructure. This undoubtedly secured much of China’s influence on the continent, but it also helped lower telecommunication fees by 40%. Going by financial volumes, transport and energy constitute the largest sectors of China’s engagement. But the largest number of projects is to be found it the areas of health (incl. reproductive health), governance, social infrastructure and education. Cooperation patterns, too, differ from country to country. South Africa and Ethiopia have signed strategic partnership agreements with China. They should ensure that Chinese finance serves their development priorities. Other countries, like Kenya, Nigeria or Tanzania don’t have similar agreements. In Angola and Zambia, the exchange is mainly limited to infrastructure development in exchange for resources. Particularly the latter has encountered a lot of critique in the West. But what the critics overlook is that this form of barter trade allows countries to avoid making debt in foreign currencies and coping with exchange rate losses.

To ensure that Chinese development finance benefits Africa sustainably and helps it to harness the demographic dividend will require efforts on both African and Chinese side. First, Chinese investment into African industry needs to be linked to vocational training. Only if investment is accompanied with substantial development of local capacities, can it translate into a demographic dividend in the long run. Second, China’s investment into African infrastructure needs to be not only cost-effective, but also environmentally and socially sustainable. And finally, China’s experience has shown that strategic steering of development finance is crucial to success. The Chinese government itself has frequently expressed that it would welcome it if African countries had clearer China strategies. China’s recently established Centre for International Knowledge on Development could play a vital role in sharing the lessons China learned as a recipient of development finance.

Marina Rudyak is an assistant lecturer and doctoral researcher at the Institute of Chinese Studies, Heidelberg University. Her dissertation focuses on Chinese foreign aid policies and China’s evolving role in international development, with a particular focus on policy learning and triggers of policy change. Prior to re-joining Heidelberg University in 2014, Marina was a policy advisor with the German Agency for International Cooperation (GIZ) in Beijing where she managed a multi-country project on regional economic cooperation (2009-2013). Image Credit: CC by World Bank Photo Collection/Flickr.