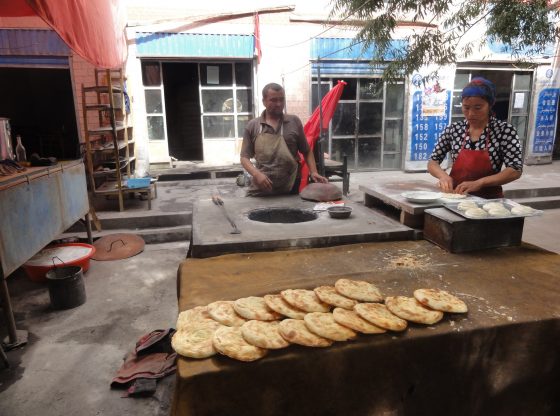 In order to propel their propaganda agenda, Chinese officials often wrongly portray China as being a country with a monolithic society characterised by the dominance of the Han ethnic group over other ethnic minorities. This perspective is frequently echoed by those outside China with limited understanding of the situation. The propaganda agenda is designed to promote the official political rhetoric of the country by emphasising stability and the peoples’ social harmony. However, the reality on the ground is considerably different.

China is home to 56 ethnic minorities, each of them with their respective identity, culture, language and religion. China’s violent and brutal expansion and annexation of foreign territories during dynastic times created the current ‘multicultural and multi-ethnic’ state. Discussion and debate around the concept of multiculturalism is global, varying from one country to another, and is at times embedded in a local context between people of the same place but of different race, ethnicity, religion, and so on – even before the presence of immigrants – which adds another dimension. Multiculturalism is either inclusive or exclusive. However, as opposed to how multiculturalism is known elsewhere, multiculturalism in China is not without tensions and repressions.

Ongoing and current tensions which are exacerbated by China’s officials against the Uyghur minority in Xinjiang province in Western China raise questions about China’s complex and complicated multiculturalism. In China, ethnic minorities’ cultural, ethnic and religious celebrations and practices are often banned. Individuals who demonstrate allegiance to their respective identities are repressed and at times arrested. Such situations have led to unrest and protests across China between different ethnic groups. Alongside this unrest, ethnic minorities (Uyghur, Tibetans and Hui for instance) when compared to Han Chinese, face increasing discrimination regarding access to education, employment, social well-being, internal and external mobility. Such discrimination is fuelled by propaganda and repressive behavior towards ethnic minorities.

Nearly ninety-two per cent of the Chinese population is ethnic Han, according to the 2010 census. In societies where people identify themselves with a single ethnic group that exerts its dominance or supremacy over other ethnic groups, multiculturalism and multi-ethnicity could pose problems for social harmony. Chinese authorities have acted forcefully to suppress unrest or calls for independence in some territories, particularly Xinjiang and Tibet, for example, sending troops to Urumqi and Lhasa to quell protests by Uyghurs and Tibetans and suppress any expressions of a unique identity, culture or ethnicity. While in the past, in Xinjiang, Uyghur students could learn in their own language (Uyghur), recent policies of China’s central government have called for regional authorities to enable students to learn in both Uyghur and Mandarin. This sounds acceptable in theory, but, in practice, Uyghur students are forced to learn in Mandarin and Uyghur families are encouraged to enrol their children in schools where Mandarin is the language of instruction. According to Demirtepe and Bozbey, the government has a strict policy to have all Uyghur students learn Mandarin by 2020. In 2004 a plan was put together to merge Uyghur schools and ethnic Chinese schools and to offer education in Mandarin. The long-term goal of this cultural and linguistic repression is the construction of an ethnic Chinese identity based on the ‘supremacy’ of the Han Chinese. The situation in China in particular and many Asian countries in general illustrates that ‘identities which set themselves as standards and have no place for otherness and difference belong to the logic of totalitarianism’.

A geocentric orientation, which considers people’s diversity, regardless of their cultural, religious and ethnic values, is a much better approach to fully integrate all Chinese ethnic groups as well as foreigners from diverse cultures, religions and ethnicities, who live, work and operate in the country. Such an approach could promote awareness of, and openness to, diversity across cultures. But among many Chinese, cultural openness implies cross-cultural risk which is exacerbated by an ethnocentric orientation. More broadly, this ethnocentric orientation is not unique to China. It is embedded in every society with perceptions that one’s race, religion, culture or ethnicity is more important or superior to others.