Chess masters and poker players: ways to understand the politics of policy-making in Xinjiang 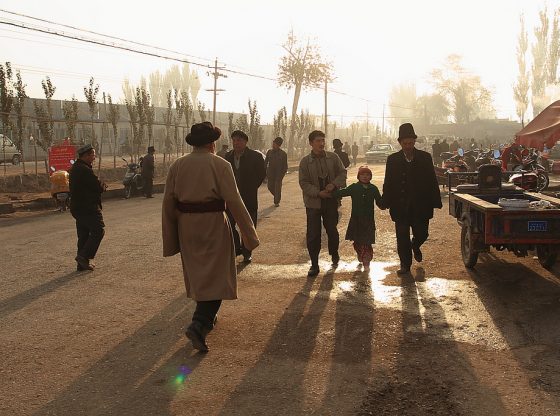 For the People’s Republic of China (PRC), control over the western provinces has proved a major area of concern for policy-makers at the centre. Cycles of unrest and crackdowns have a long history in Xinjiang, with 2008 and 2009 representing seminal years of rioting and the resultant draconian security measures being implemented by the party-state. There have been increasing restrictions on almost every aspect of daily life for the Uyghur population in that province. The situation has only worsened as Beijing seeks to destroy the separatist movements responsible for a spat of deadly terrorist incidents throughout China.

Within the last two years the Communist Party of China (CPC) has upgraded its Xinjiang policy to mass detention, so-called ‘vocational’ re-education, and efforts to eradicate what it sees as Muslim extremism through a new technologically enhanced totalitarianism. However, there is much we still do not know about the reasons why the Chinese government has taken such dramatic steps in its overall ethnic and security policies towards the Uyghurs. It is also difficult to predict what the government might do next, due to the opaque nature of Chinese politics.

One way to better understand what might be happening is to look at the history of policy-making in China as a political system based on the principles of Marxism-Leninism, and then to use this in order to get to grips with the way the Chinese policy process operates, and hence the interaction of policy and governance with politics and power in relation to Xinjiang.

The two games of Chinese policy-making

The structure of the Chinese political system allows for the playing of two “games” by the key leaders and policy-makers: chess and poker.

The vast bureaucratic leviathan of the party-state and its technocratic leaders seeks to formulate and implement policy with strategic objectives that may require long-term commitments and time horizons to actualise results. The short-term pain of adjustment is acceptable and controllable with the use of repression and without democratic impulses for reversal. This is Chinese policy-making as a game of chess with defined moves and counter-moves, all elements aware of what they can do, and outcomes determined even by the opening gambit. This is the image of Chinese leaders often portrayed in western discourse, and certainly one Chinese policy-makers wish to cultivate: wise, methodical and thinking multiple moves ahead.

Unfortunately, even a shallow understanding of China’s history as a Leninist one-party state reveals how this image is consistently undermined by its ambitious political figures. During the Mao years, the implementation of policy often led to the launch of counter-productive political campaigns that resulted in policy failure. The Great Leap Forward and the Cultural Revolution are two examples, both having their roots in disagreement over the direction or the results of the economic modernisation policy. This is Chinese policy-making as a game of poker, where policy-makers are big gamblers who know how to survive just long enough for the next game and can bluff to win by getting opponents to fold even on a relatively weak hand.

While these two images often represent countervailing forces in policy-making in China, on issues of significance they can operate simultaneously. Deng Xiaoping’s 1978 policy of reform and opening up was a long-term, incremental programme, but it was still a gamble in which allies and rivals would need to be purged in subsequent decades.

Is mass internment in Xinjiang a strategy or a gamble?

Mass internment in Xinjiang cannot simply be viewed as the logical progression of a long-term policy of greater security and social stability; it must also be viewed by considering the recent politics of the centre: the consolidation of Xi Jinping since 2012, the rise of Chen Quanguo as Xinjiang party chief, and China’s increased confidence in ignoring international condemnation.

Xi Jinping is undoubtedly China’s most institutionally powerful leader in decades, but he is without any major achievements on a par with Mao Zedong or Deng Xiaoping. A solution to the Xinjiang issue would be a tremendous one for him, and there are compelling reasons to believe Xi has sided with those in the Party who seek an overhaul of the previous policy on the issue.

Chen Quanguo, who previously cut his teeth on enforcing social stability in China’s other provincial ethnic trouble spot – Tibet – also has his fortunes tied to events in Xinjiang, which he oversees as Party Secretary. Chen’s innovative use of a sophisticated regime of surveillance and enforcement was perceived to have been successful in Tibet and he was rewarded with the chance to replicate his success in Xinjiang. With Xi looking to be around beyond his second term, and without a clear successor, Chen – if successful – could be in line for a major promotion at the next Party Congress.

Initially, countries have been reluctant to condemn China for its actions in Xinjiang, although some have raised concerns. But the fact that Beijing no longer denies the existence of its mass internment and re-education policy, claiming that its intentions are justified by Chinese law and the need to eradicate Muslim extremism in Xinjiang, shows China’s leaders are prepared to take the risk of international condemnation and potential sanction for their actions.

The degree to which this intensification of the central government’s repression of the Uyghur population in Xinjiang is driven by the political ambition and power consolidation of individual Chinese leaders will likely determine the next phase of events, even more than specific policy. This may have been a gamble and the next step may be unclear.

Perceived success will make Xi Jinping more dangerous in terms of what he is able to do next, as this type of repression can be rolled out to other areas of Chinese society. Chen Quanguo’s political future is also tied to what happens next. Understanding the escalation of the policy in Xinjiang is as much about the long-term strategic chess moves that Beijing has been making for decades and the willingness of Chinese policy-makers to seize on political opportunities.

And one should not forget that in a Politburo poker game: A firm grip on power can often hide the existence of a weak hand.

Nathan Attrill is a PhD candidate at the Crawford School of Public Policy, Australian National University in Canberra, Australia. He specialises in public policy and governance in modern China. His current research is about the politics of China’s rust belt revitalisation strategy in its northeast provinces. He tweets @pekingology. Image Credit: CC by Keith Tan/Flickr